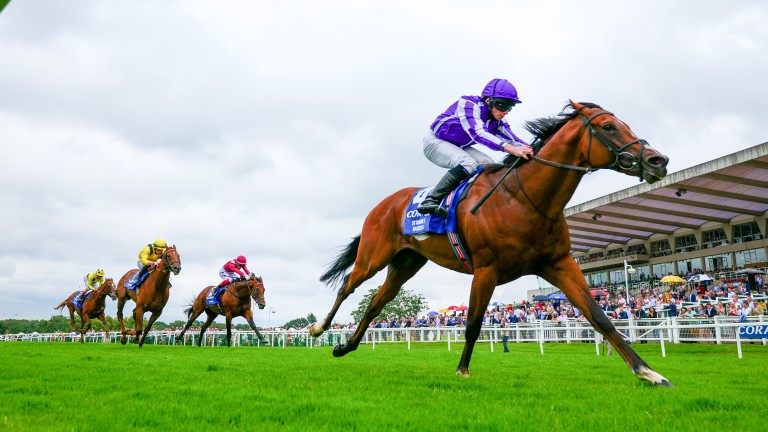 St Mark's Basilica: impressive winner of the Coral-Eclipse at Sandown
Mark Cranham (racingpost.com/photos)
1 of 1
By Mark Boylan UPDATED 9:22AM, JUL 19 2021

Aidan O'Brien has lauded brilliant Coral-Eclipse winner St Mark's Basilica as an "incredible horse" with next month's Group 1 Juddmonte International Stakes at York the most likely next target on his big-race agenda.

The three-year-old was raised 7lb to an official rating of 127 after his three-and-a-half-length victory at Sandown, which elevated him to the head of the latest Longines World's Best Racehorse rankings.

Speaking at the Curragh on Saturday after Snowfall won the Juddmonte Irish Oaks by the widest margin in over 100 years, O'Brien said: "He's an incredible horse. He's fast, is getting a mile and a quarter well, and relaxes. He changes gears and quickens."

St Mark's Basilica finished 2020 as Europe's highest-rated juvenile, having won the Dewhurst Stakes on his final start of the year, and is priced between evens and 6-4 to make it five Group 1 wins on the bounce in the Juddmonte International at York on August 18. 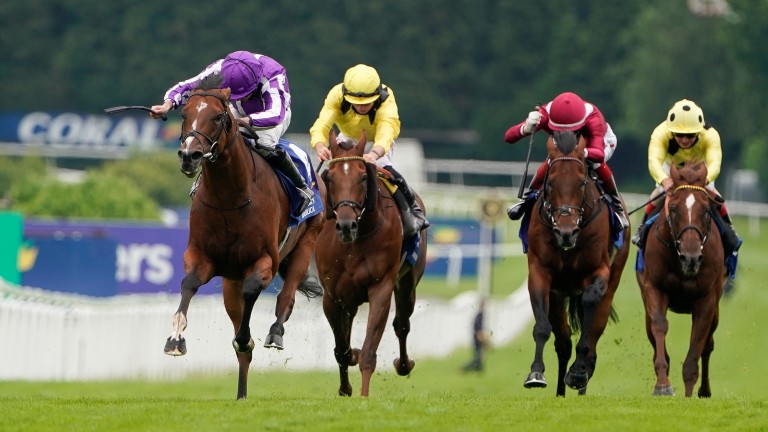 "At the moment, I think the lads are thinking about the Juddmonte without really committing to it yet, in case they change their minds," said O'Brien. "The lads always make the decisions as to where they run but the Juddmonte and the Irish Champion Stakes are on his programme. Everyone is very happy with him at home."

Of St Mark's Basilica's dazzling Coral-Eclipse display, O'Brien added: "Ryan gave him a beautiful ride at Sandown but there were two very good older horses in front of him. He followed them and let them have first go but Ryan was happy that he had them covered. The minute he asked him to quicken up it was over in a stride. He's very exciting."

St Mark's Basilica and dual Oaks winner Snowfall are out of mares by legendary sire Galileo, who died this month aged 23, and O'Brien believes the sire's traits can be seen in those top three-year-olds. 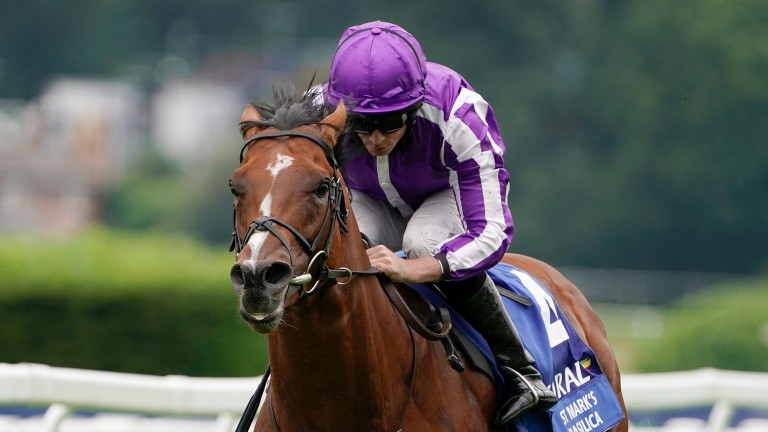 "His influence will be on pedigrees for generations," said the trainer. "If you watch St Mark's Basilica, he does exactly what Galileo did. His head goes out and down, and he quickens. Snowfall is the same. They never stop, they just keep going."

O'Brien's next big-race star in action is set to be Love in the King George VI And Queen Elizabeth Qipco Stakes at Ascot on Saturday, with the Prince of Wales's heroine the general 7-4 favourite.

He said: "The plan is for her to go to the King George. Everything has gone well since Royal Ascot when it was her first time going around there right-handed. It worked well and you'd imagine the extra two furlongs wouldn't be a disadvantage for her."

Expert jury: Would you side with Snowfall or Love if they go head-to-head?

FIRST PUBLISHED 3:45PM, JUL 18 2021
If you watch St Mark's Basilica, he does exactly what Galileo did. His head goes out and down, and he quickens

Dual Leger winner Search For A Song returns to her brilliant best Dettori gets Arc call-up on Love as O'Brien talks up 'class' filly Snowfall Saturday reaction: 'His impressive physique gives hope for next year' 'He's a very impressive individual' - Luxembourg powers into 2022 Derby picture 'I didn't think that would be possible' - O'Brien smitten as Tenebrism soars Roger Varian thinks Teona has more to offer but decent ground needed for Arc