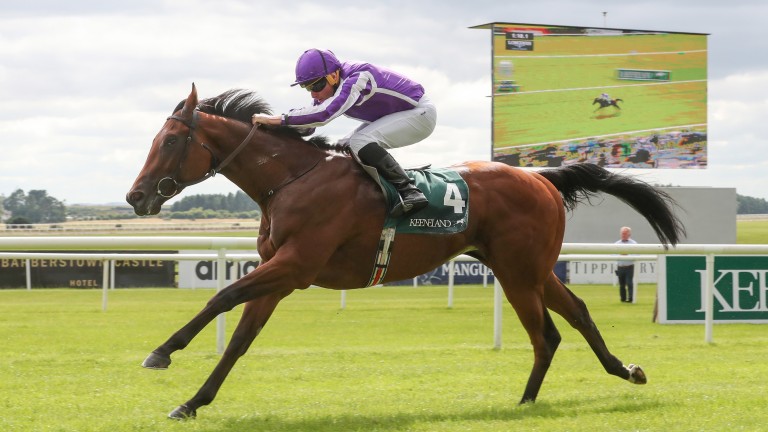 Aidan O’Brien on Monday hailed the "brilliant'" Phoenix Stakes performance by Little Big Bear and is aiming for the Goffs Vincent O’Brien National Stakes at the Curragh on Irish Champions Weekend as the two-year-old's next target.

The No Nay Never colt recorded the best victory in the Phoenix Stakes for 21 years according to Racing Post Ratings, dismantling a high-quality field for a seven-length victory to give O’Brien his 17th success in the €300,000 contest.

His Curragh romp was the widest margin of victory in the race since George Washington won the 6f Group 1 by eight lengths in 2005. The ill-fated George Washington went on to win the National Stakes and 2,000 Guineas in his next two starts, and O’Brien is eyeing a similar route with Saturday’s sensational winner.

The champion trainer said: "I don’t think he could have been any more impressive. He was very impressive in the Anglesey too on the start before, but he was brilliant on Saturday.”

A potential tilt at the Nunthorpe Stakes against older horses at York next week was mentioned as a possible target for the Windsor Castle winner, as were the Prix Morny and Middle Park Stakes, but all roads will seemingly lead to the Curragh on September 11.

O'Brien said: “We’re looking at the National Stakes with him next month, that’s the race we’ve had in mind for a while, and it’ll be on to the Guineas then hopefully.” 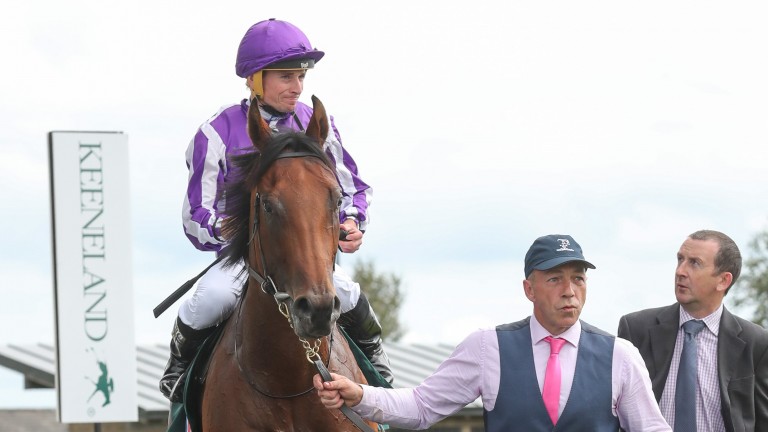 Little Big Bear’s demolition of Persian Force, Shartash, Bradsell and Apache Outlaw saw him cut to 5-1 favourite for next season’s Qipco 2,000 Guineas, with six-time champion jockey Kieren Fallon stating on Monday that the market leader looks the likeliest winner of the Newmarket Classic.

Another son of No Nay Never, Blackbeard, was withdrawn from the Phoenix Stakes race due to an allergy, and O'Brien is lining up the Prix Morny at Deauville later in the month for the Darley Prix Robert Papin winner's next outing.

O’Brien said: “We’re looking at the Morny with Blackbeard later in the month. He seems well and we’ll make a call with him closer to the time but that looks his target.”

The trainer's eyes will be focused on the Curragh once again this weekend as Luxembourg is firmly on course to make his comeback in the Royal Whip Stakes on Saturday (3.30)

The son of Camelot, who was Ballydoyle's leading Derby contender before injury intervened, hasn’t been seen since overcoming a slow start to finish an encouraging third behind Coroebus in the 2,000 Guineas, and a tilt at the Irish Champion Stakes on September 10 remains his principal autumn target. 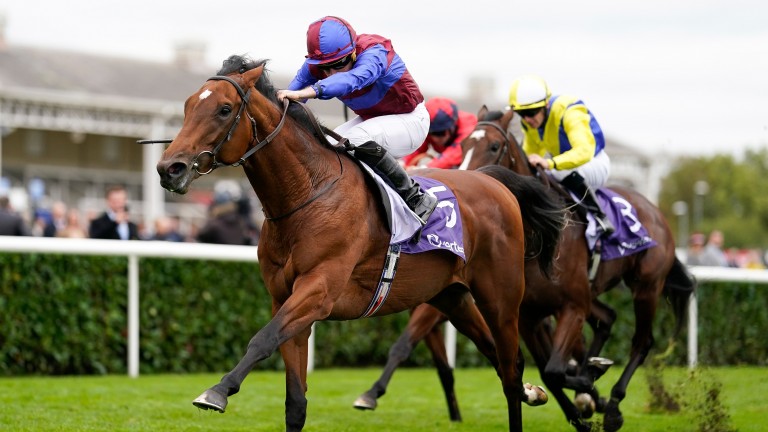 “Everything has gone well so far and we’re very happy with Luxembourg," O'Brien said. "This has been the plan for a while and he looks good to go."

Point Lonsdale is another Ballydoyle three-year-old yet to be seen since running at Newmarket in April, and he looks set to return at York’s Ebor meeting next, in either the Juddmonte International or the Voltigeur Stakes.

O’Brien said: “Point Lonsdale seems well in himself. We’re looking at York with him he’s a few entries there, so that’s the line we’re taking."

FIRST PUBLISHED 3:00PM, AUG 8 2022
We’re looking at the National Stakes with him next month, that’s the race we’ve had in mind for a while, and it’ll be onto the Guineas then hopefully