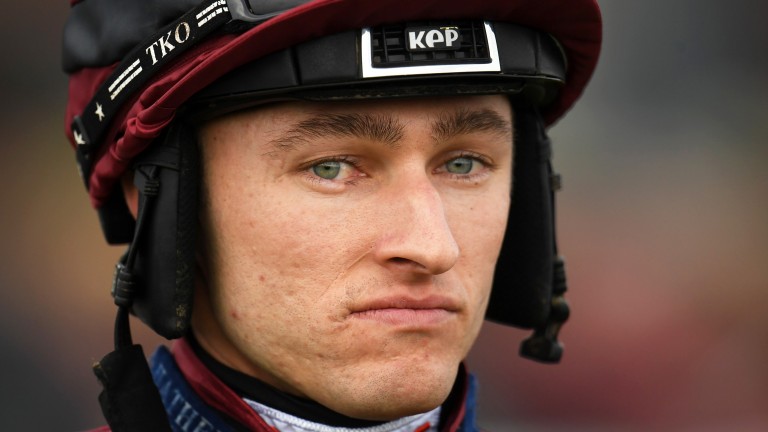 Adam Wedge: leading jockey said his comments on ITV were in the heat of the moment
Harry Trump / Getty Images
1 of 1
By Tom Ward UPDATED 10:25PM, JAN 14 2021

Adam Wedge has expressed his regret over comments made live on ITV relating to racing being "a man's sport" following his success aboard Secret Reprieve in last Saturday's Welsh Grand National at Chepstow.

Responding to presenter Luke Harvey's question about how he had been able to ride in the day's feature race following a pair of nasty falls earlier on the card, Wedge had replied: "It's a man's sport at the end of the day."

On Thursday, Wedge rowed back on the comment and said it was in no way representative of his own views.

"It's a turn of phrase that should be left behind in this day and age," he said. "It wasn't meant as a few people have suggested it was, but I can understand why people have taken it that way. It was only a reference to me having a hard day, but the turn of phrase should have been that it's a tough game.

"My adrenaline was up and I just didn't think clearly about what I was saying and then it was too late. It's not something that should be said, but I did say it and I understand the controversy about it."

Recent seasons have seen a proliferation of successes for female jockeys in both codes, with the likes of Bryony Frost and Rachael Blackmore becoming established members of the jumps weighing room and Hollie Doyle and Hayley Turner continuing to break new ground on the Flat.

Over jumps, Frost has illuminated the sport thanks in large part to her union with this season's King George winner Frodon, while Blackmore already has 11 Grade 1 victories to her name, including two at the Cheltenham Festival.

In 2019 Turner became only the second female rider to win a race at Royal Ascot, with Doyle becoming the third to do so in a memorable 2020 that ended with her third-placed finish in the BBC's Sports Personality of the Year.

Wedge has been forced out of the saddle this week to recover from injuries incurred at Chepstow and reaffirmed his support for the continuing growth in the number of female jockeys.

"I hope everyone understands the comment wasn't meant in the context it first appeared," Wedge said. "I'm fully behind there being more female jockeys in the weighing room and I think it's fantastic the game's opening up in the way it is."

FIRST PUBLISHED 5:52PM, JAN 14 2021
My adrenaline was up and I just didn't think clearly about what I was saying and then it was too late