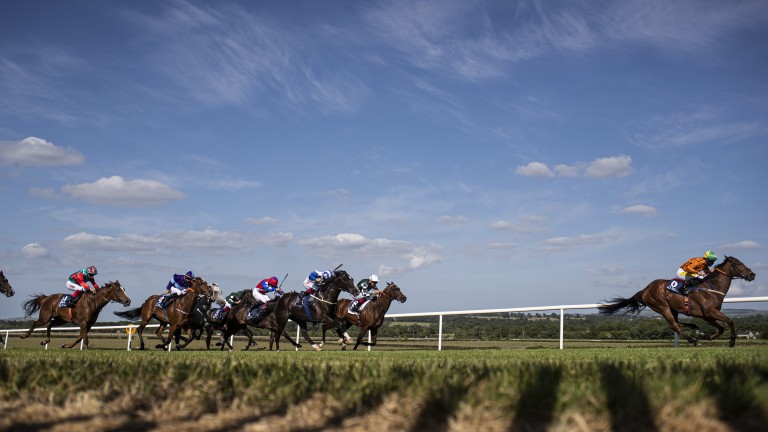 Trainer Denis Hogan has paid tribute to his sublime sprinting talent Sceptical after the rags-to-riches performer suffered a fatal leg injury on the gallops on Tuesday morning, hailing him as the horse who transformed his career.

A Godolphin cast-off picked up by owner James McAuley for just £2,800 this time last year, the Exceed And Excel gelding took his connections on the journey of a lifetime, progressing from 90-rated Dundalk maiden winner to Ireland's top-seeded sprinter within four starts.

The runaway winner of the Listed Woodlands Stakes at Naas was last seen finishing second to Oxted in the July Cup at Newmarket, having previously been beaten a head and a neck in the Diamond Jubilee Stakes at Royal Ascot.

We had a terrible tragedy this morning as Sceptical was fatally injured on the gallops. He was an amazing horse for us and we’ll remember all the great days we enjoyed with him. We’d like to thank @d_g_hogan @joeysheridan8 & all the staff & we feel so sad for everyone. pic.twitter.com/XQlpFV4xXl

A possible clash with Battaash in the Nunthorpe had been mooted for the four-year-old before connections deciding on a tilt at this Sunday's Group 3 Phoenix Sprint Stakes at the Curragh, with the unfortunate incident occurring while Hogan and the owners were present for his final piece of work on Tuesday morning.

"The owners and everyone in the yard absolutely adored him," said Hogan, who retired from race-riding last week to focus on training after steering Bua Boy to success at the Galway festival.

"Sceptical transformed my training career. He caught the public's attention and the phone hasn't stopped pinging all morning since the news broke. I always knew he had a following but I'm in complete shock that he meant so much to so many people - it's all very much appreciated." 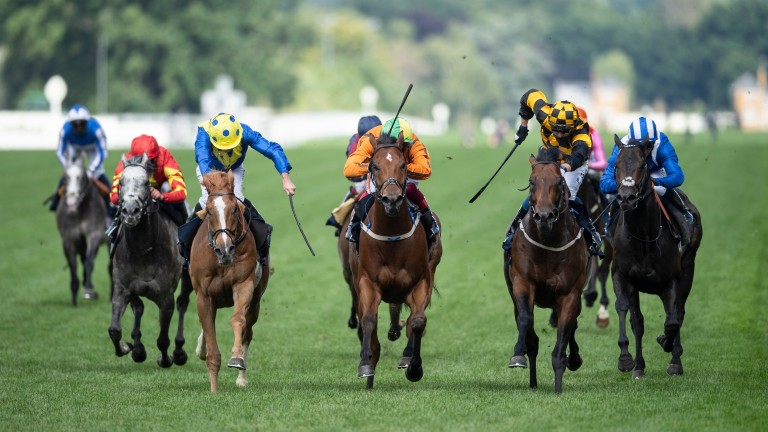 McAuley, who sourced Sceptical to run for the Hilltop Racing partnership of his brother Stephen and uncle Jim Gough, also spoke affectionately of the 116-rated speed machine, though managing to retain a sense of perspective.

"It's gutting but we have to keep perspective that there are people much worse off than us today in hospitals everywhere," he said.

"I'm glad we were down there this morning as I wouldn't have liked Denis to have to make that phone call. Joey [Sheridan] was riding him and took a bit of a tumble but is fine. He's a good, hardy lad and he's far more upset about the horse than himself."

He added: "He's been an absolute legend. Sometimes you can have a talented horse who maybe doesn't have the best of personalities or attitudes, but this lad was different. 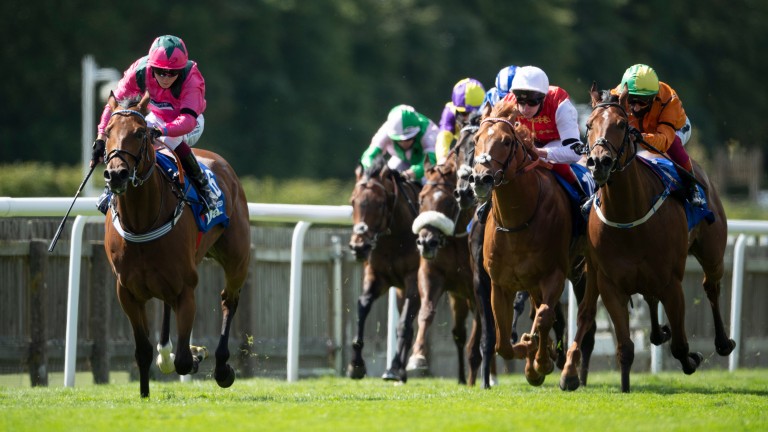 Sceptical (orange, right): finished second to Oxted on what would be his final start in the Darley July Cup
Edward Whitaker

"When my uncle Jim used to visit the horse you could lie on his shoulder and get close to him - he had the personality to match his talent."

The Hilltop Racing team have been active at the horse-in-training sales in recent weeks as they seek to uncover their latest bargain buy, but Hogan admitted their four-time winner will be impossible to replace.

"From the first time he worked here he was special," said the dual-purpose trainer.

"He needed his wind done but there were no real soundness issues after that. When we had Make A Challenge last year we thought he was our once-in-a-lifetime horse, but we've been blessed that the McAuleys came across Sceptical for us.

"Joey [Sheridan] loved the horse and rode him every day. I know he's gutted but I have no doubt he's a rider with a massive future." 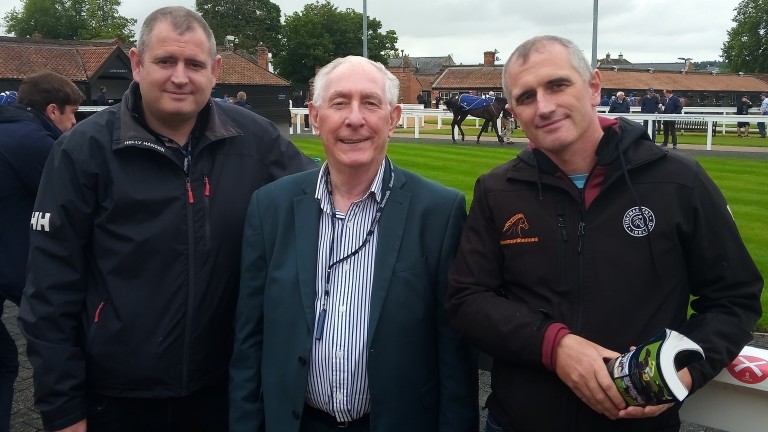 McAuley added: "I've done two batches of quarantine for him travelling to Royal Ascot and Newmarket. It's unfortunate that we probably didn't see the best of him in either Group 1 but we'll have some brilliant memories.

"I can't see us getting another one like him but we'll try our best to give ourselves something to think about."

Read more about the remarkable career of Sceptical:

'A big pot can't be that far off' - our experts with their horses to follow Aiming for Ascot: Golden Horde returning to scene of previous Group 1 triumph Comporta banned for 42 days as Hanlon and Brouder fall foul of Listowel stewards Youngster Sheridan the star of the show as Princess swoops late to land feature 'The whole thing's a joke': McNally hits out over reaction to Dreal Deal win Trainer quotes and analysis for a competitive Listed contest at Listowel