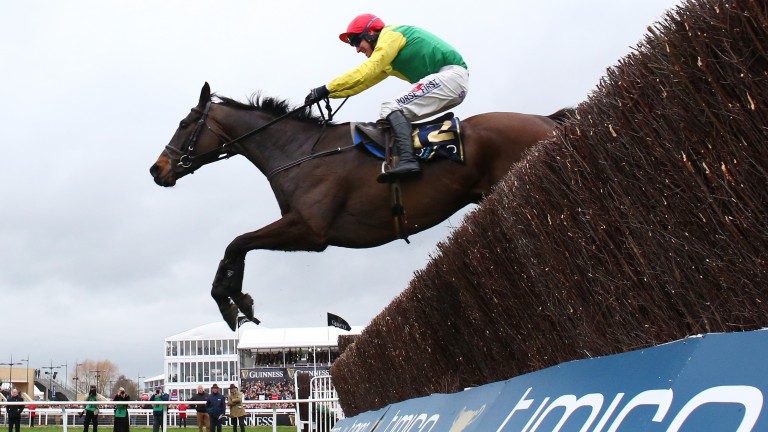 Trainer Jessica Harrington has revealed 2017 Cheltenham Gold Cup winner Sizing John will miss the rest of this season after suffering a setback.

The nine-year-old was last seen on the track when seventh in the 2017 Savills Chase, won by Road To Respect at Leopardstown, and has since suffered training issues preventing his return to action.

Harrington said on her Unibet blog on Tuesday: "Unfortunately Sizing John has met with a setback and he will miss the remainder of this season. After routine exercise yesterday, I wasn’t happy with him and our vet came down and examined him.

"He has confirmed to me that he has met with a setback, which means that he won’t run at Cheltenham or Punchestown. His owners have been informed and, naturally, they are very disappointed, as is everyone at Commonstown."

Despite having not been seen for well over a year, Sizing John, who runs in the silks of the late Ann and Alan Potts, had been a general 16-1 chance for the Magners Cheltenham Gold Cup.

He was very much in the frame for this Saturday's Red Mills Chase at Gowran Park but fans of the popular chaser will now have an anxious wait for news of his future.

Harrington added: "We'll do what is best for him and we’ll speak to our veterinary team over the coming weeks and months. We'll keep everyone posted on his progress."

FIRST PUBLISHED 10:44AM, FEB 12 2019
We will do what is best for him and we?ll speak to our veterinary team over the coming weeks and months