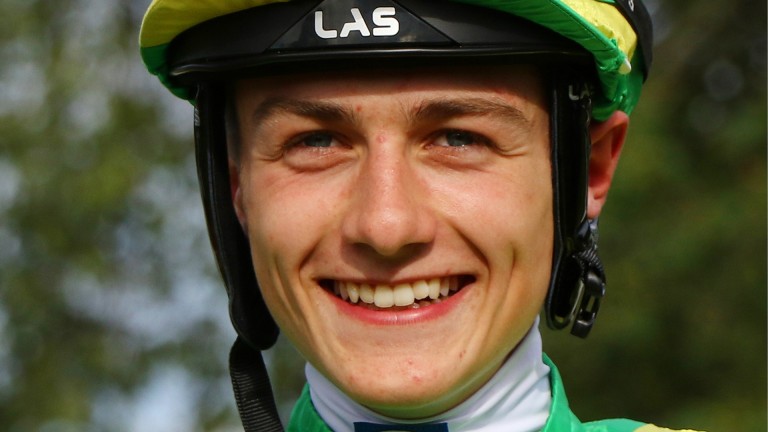 Michael Pitt, a former apprentice jockey, died in a "tragic accident" on Sunday night. He was 19.

Pitt rode predominantly for Denis Coakley and Roger Teal as an apprentice before joining Warren Greatrex as a stable lad. He had recently gained an amateur licence to ride over jumps.

Thames Valley Police found a body at 7am on Monday when called to a Co-op petrol station close to Hungerford town centre, on Charnham Street. The cause of death is currently being treated as "unexplained but not suspicious", according to local police.

Lisa Hancock, CEO of the IJF said: "It is with desperate sadness that we can confirm that former apprentice jockey Michael Pitt, 19, sadly passed away following a tragic accident on Sunday.

"His family are enormously appreciative of the many messages they are receiving, as are Warren and Tessa Greatrex, whose yard Michael was working at in Lambourn.

"The family would respectfully ask that no cards or flowers be sent but instead any donations go to the Injured Jockeys Fund or Racing Welfare."

'One of the loveliest lads you could ever meet'

Greatrex, who had employed Pitt for more than a year, paid tribute to a popular member of his team.

He said: "It's an awful accident. He was a cracking lad and a really good young rider. He was loved by everybody and this has hit us all hard.

"He was a stable lad for us who had just got his amateur licence, he rode very well and worked hard as well. He'd been with us for about a year, he fitted in great and was a real cheeky chap. He always had a smile on his face and was very popular among staff."

Fellow jockey Caoilin Quinn was one of Pitt's closest friends having met him when he was apprentice with Roger Teal a year and a half ago.

Quinn said: "He brought the yard to life and put a smile on everyone's face. He was a great rider and he had a great future ahead of him. It's really sad – he was one of the loveliest lads you could ever meet. He was always there to help you, support you and stand by you."

A statement from Thames Valley Police read: "Officers were called to the Co-op petrol station in Charnham Street, Hungerford, just after 7am on Monday. Sadly, the body of a man was located. The man's next of kin have been made aware and are being supported at this time.

"The thoughts of Thames Valley Police are with the man's family and friends at this difficult time. The man's death is being treated as unexplained, but not suspicious, and a file will be prepared for the coroner."

FIRST PUBLISHED 7:30PM, JUL 6 2021
He was a cracking lad and a really good young rider. He was loved by everybody and this has hit us all hard

'I thought it was all over' - in-running punters stung as 1.01 shot is collared