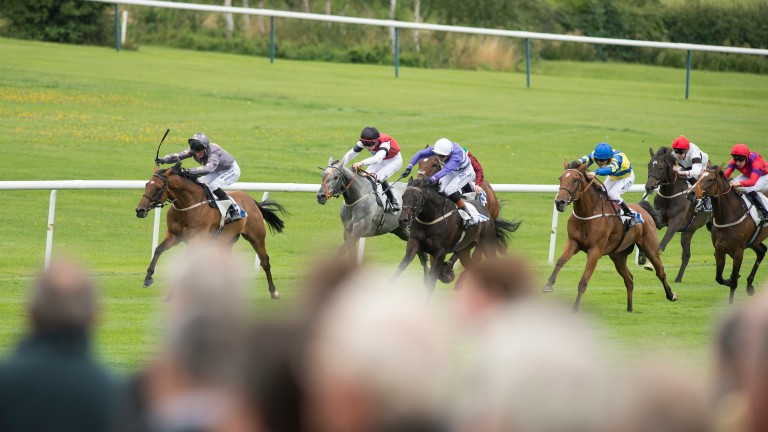 Leicester: stages a competitive eight-race card on Monday
Edward Whitaker
1 of 1
By Lewis Porteous 8:32AM, JUN 10 2019

There are five meetings in Britain and Ireland on Monday but it is not all about quantity, with Royal Ascot winner Arthur Kitt bidding to get his season back on track at Leicester.

Last season's Chesham Stakes winner has been well beaten on two starts this year, but takes a significant drop in grade as he bids to kick-start his campaign in the 1m4f conditions race (3.30).

As well as Leicester, Stratford stages an afternoon meeting before Pontefract, Windsor and Roscommon take over in the evening.

There is also Group-race action at Longchamp to look out for, with familiar names such as Success Days and Danceteria chasing a Group 3 prize over 1m2f (4.00).

Roscommon (5.25)
Yielding (from good to yielding)

Get Monday's punting pearls from our team of specialists in Today's Top Tips.

Charlie Hills revealed tactics will be different for Battaash in the King's Stand Stakes this year as he looked forward to unleashing two hot favourites in 40 minutes on the opening day of Royal Ascot.

Gigginstown House Stud, who shocked the racing world last month when announcing plans to wind down over the next few years what has become one of the sport's most successful operations, look set to be represented for just the second time at Royal Ascot courtesy of Mengli Khan.

Get ahead of the game with our Royal Ascot Postcast, featuring an in-depth look and tips for the Prince of Wales’s Stakes, Hardwicke Stakes, Commonwealth Cup and Diamond Jubilee Stakes.

It's day four of the Women's World Cup and Liam Flin searches for the value in the Canada v Cameroon match and Argentina's game against Japan.

There is decent action on home soil on Monday but the Group 3 Le Coupe at Longchamp (4.00) looks a belter. British-trained runners have won two of the last three renewals and hopes of a repeat rest with Spotify (trained by Charlie Appleby) and Danceteria (David Menuisier), while the popular Success Days (Ken Condon) represents Ireland.