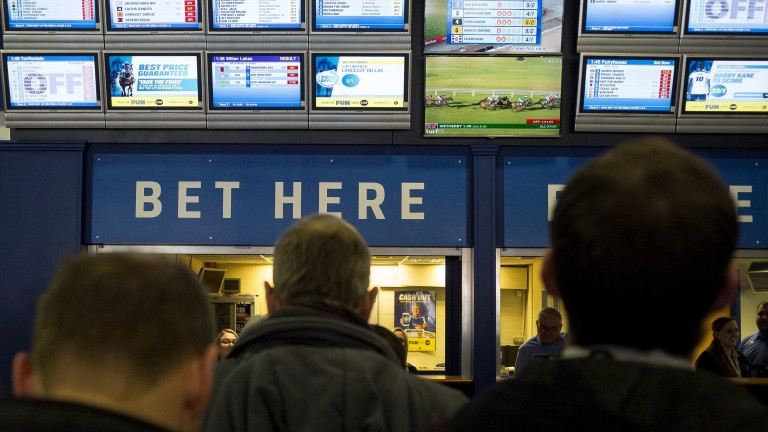 The number of active betting shops closed at a rate of more than 13 a week over the six months to September, according to the latest industry statistics.

Figures released by the Gambling Commission revealed profits made by operators within the remote gambling sector increased by ten per cent in the year to March 2017.

As bookmakers await crucial news on the government's future directives relating to fixed odds betting terminals, the commission's newest statistics showed the gross gambling yield (GGY) – the amount kept by operators after winnings have been paid out – for machines in betting shops was £1.8bn, as it had been in the year to September 2016.

GGY from over-the-counter betting was £1.39bn, or 43.5 per cent of business, much less than that for machines.

Showing a downward trend was the number of betting shops. Bucking the trend for one per cent falls over recent six-month periods, from March to September this year numbers slumped by 3.9 per cent to 8,502. That means there were 342 fewer shops than in March.

Malcolm George, chief executive of the Association of British Bookmakers, said: "The pace at which betting shops are closing is very bad news for the future of a retailer that has been a fixture of the high street for over 55 years.

"The government are currently consulting on gaming machines in betting shops. Any significant change in regulation could lead to over half of all shops closing and the loss of a further 21,000 jobs while doing nothing to address problem gambling."

Across the entire British gambling industry, the GGY was £13.7bn between April 2016 and March 2017, a 1.8 per cent increase on the figures for the previous 12 months.

"However, with such growth comes a great responsibility for operators to prevent gambling-related harm to all consumers and the public.

"We would urge all gambling businesses to be acutely aware that as their market grows so too will our focus on ensuring consumers are protected."

FIRST PUBLISHED 11:18AM, NOV 30 2017
We would urge all gambling businesses to be acutely aware that as their market grows so too will our focus on ensuring consumers are protected