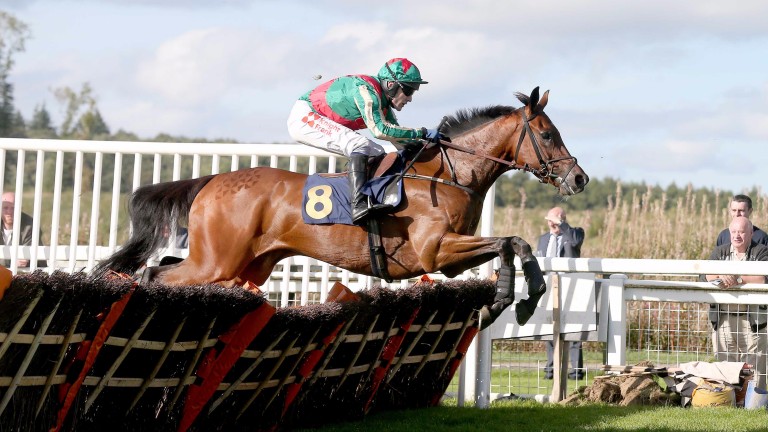 Two horses, both alike in dignity, meet at Cheltenham where we lay our scene. Their Perth grudge may now be history, so to new mutiny, and the second clash of Champion Bumper winners Moon Racer and Ballyandy.

A season off the track for Moon Racer after his 2015 victory has brought the two together and, after just three-quarters of a length separated them on their respective hurdling debuts at Perth in September, they meet again here with Ballyandy 4lb better off for the misfortune of tasting defeat that day.

With the weight and increased fitness in his favour, his trainer Nigel Twiston-Davies was bullish. "We're getting 4lb this time and he's a lot fitter, so I'm quite confident of reversing the result," he said yesterday.

David Pipe was not quite ready to call it a gimmie and will make the Ballyandy camp putt out if they want victory. He said: "Moon Racer's come out of Perth well and he takes on Ballyandy again. There probably won't be much in it again.

"He's come on for that run, but we have to give him 4lb this time, so it should be close. When you go to Cheltenham you're always going to be taking on something like a Ballyandy and the aim is the Supreme, so he's going to have take on these sort of horses at some point."

As is befitting of a Cheltenham Grade 2, this is far from a two-horse race. Both Alan King and Paul Nicholls saddle unbeaten hopes for high-power owners, while 100+ rated former Flat performers Mirsaale and What About Carlo add further intrigue.

King has made a fine start to the jumps season proper and, of the Paul and Clare Rooney-owned Keep In Line, he said: "He's earned this step up in class, having looked smart when winning his two races for us, first at Huntingdon and then at Bangor, but we should learn a bit more about him here."

JP McManus's Movewiththetimes is another who is two from two in bumpers. Unlike King's four-year-old, he does not have the experience of a Flat career to draw upon, with just two lifetime starts, but the Nicholls-trained challenger has had another year of growing up and is another on a discovery mission.

The trainer said: "Obviously this is a big step up in class but he's done nothing wrong in his two runs. We don't really know where we are with him and this will tell us plenty. It's an altogether tougher task."

FIRST PUBLISHED 6:00PM, NOV 12 2016
The aim is the Supreme, so he's going to have take on these sort of horses at some point