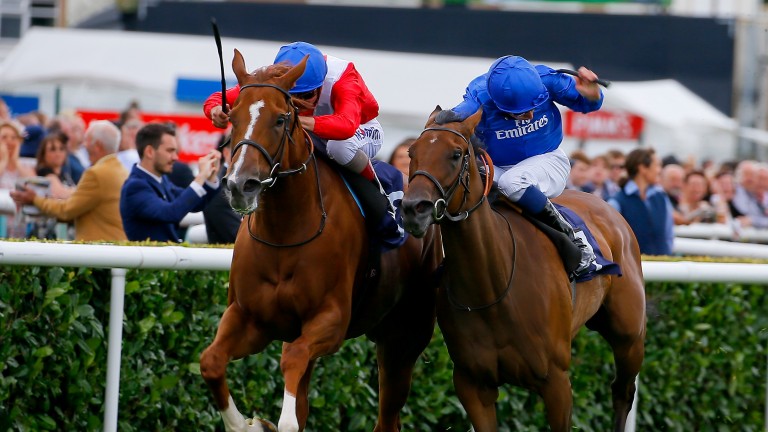 It's the last-chance saloon for many to get qualified for the fillies' and mares' final on All-Weather Championships day, for which last year's Good Friday winner Volunteer Point is among a seven-strong turnout.

The Mick Channon-trained filly won a similar race over course and distance last January before going on to glory at Lingfield but is faced by some progressive types this time around, including Godolphin's Mise En Rose who is one of three fillies sharing a top rating of 105.

The one penalised runner of those three is Ashadihan who, encouragingly, was successful on her only previous all-weather start in a Group 3 contest at Lingfield last May and was subsequently far from disgraced in Group 1 company.

Also on 105 is Buying Trouble, trained by David Evans, who is having her first start on the all-weather but brings some smart turf form to the table from last summer, including when third to subsequent Prix de l'Abbaye winner Marsha at Ayr.

Mise En Rose is Charlie Appleby's first runner of the year at Chelmsford. Over the last five seasons he has a 22 per cent strike-rate with 13 winners from 59 runners.

Kevin Ryan, trainer of Ashadihan
She's in great form. We had the option of running her on Saturday [in the Cleves Stakes] over six furlongs but decided, as it is her first run of the season, to wait for the fillies' only race. She has a 5lb penalty but she has matured well over the winter and is a stronger filly this year. She won first time out last year and is not a hard filly to get fit. We plan to travel her at some stage this year, which is why she wasn't over-raced last year.

Richard Hannon, trainer of Bahaarah
It's her first start on the all-weather but we've always thought she was worth a crack at something like this. She's ready to start off and if she were to run well we'd look at Good Friday.

Andrew Balding, trainer of Make Music
The plan all along has been to get high enough in the ratings to run on Good Friday. She's a bit to do on the ratings but won well last time.

Charlie Appleby, trainer of Mise En Rose
She's got good form on the all-weather and has been training well on Polytrack. She should run a big race and hopefully take us to finals' day at Lingfield.

Mick Channon, trainer of Volunteer Point
She ran a bit too free at Newcastle and should be better going better around a bend. She won this race last year when it was staged a fortnight before this, but this looks a stronger line-up. Hopefully she can run well and take us back to the final on Good Friday which she won last year.

FIRST PUBLISHED 6:00PM, FEB 7 2017
She should run a big race and hopefully take us to finals' day at Lingfield