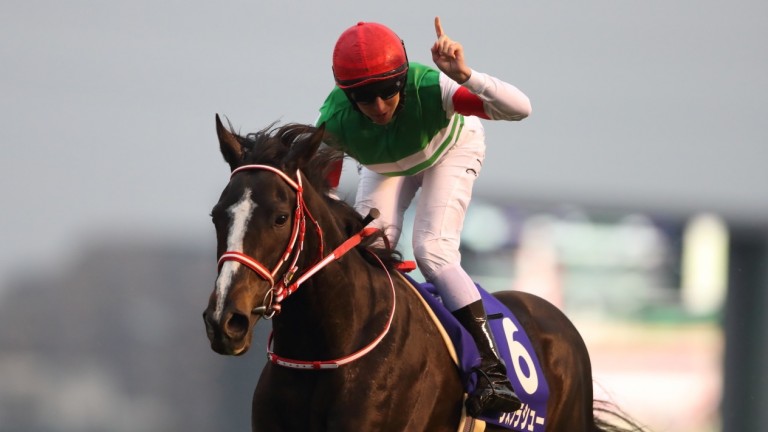 Lys Gracieux has been named 2019 Horse of the Year in Japan in a landslide result.

The Yoshito Yahagi-trained mare garnered 271 of the 274 votes from Japanese racing journalists. The previous year's winner Almond Eye received only two votes this time round.

Lys Gracieux won the Takarazuka Kinen by three lengths, before landing her first Grade 1 abroad in the Cox Plate in Australia.

Then in the Arima Kinen she had Almond Eye back in ninth, though that rival was heavily eased once her chance of winning had gone.

Yahagi said: "I was proud to receive such a prestigious award as a trainer, and I would like to say thank you to Lys Gracieux.

"I am a little sad at her retirement but I expect her future success as a mother."

Her retirement ceremony – such events, which are non-existent in Europe, draw huge crowds – will be held on January 19 at Kyoto racecourse, where she gained her first top-level victory in the Queen Elizabeth II Cup.

FIRST PUBLISHED 11:26AM, JAN 9 2020
I was proud to receive such a prestigious award as a trainer, and I would like to say thank you to Lys Gracieux