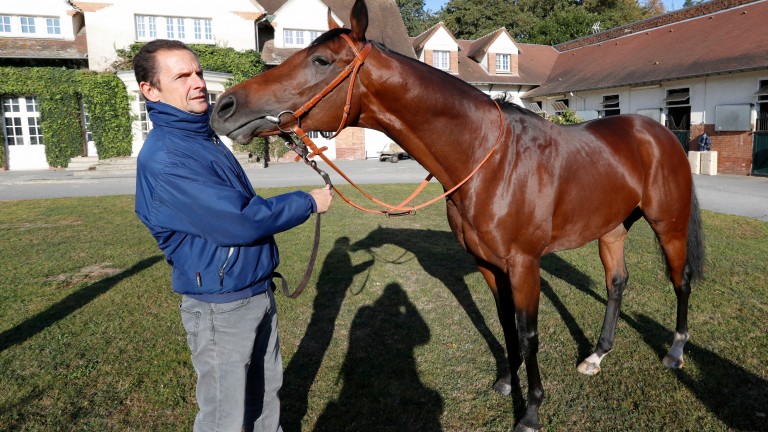 Carlos Laffon-Parias with Recoletos at his yard in Chantilly ahead of Qipco Britsh Champions Day
Dan Abraham
1 of 1
By Scott Burton UPDATED 4:53PM, OCT 9 2018

Recoletos has already acquitted himself with honour against Alpha Centauri this season and Carlos Laffon-Parias is anticipating another tough assignment for his stable star at Ascot on Saturday week.

The four-year-old is general 3-1 market leader for the Qipco-backed Queen Elizabeth II Stakes, but Laffon-Parias is not underestimating the challenge he could face as Roaring Lion and Laurens – who would need to be supplemented – are potential opponents.

Recoletos was one of the best of his generation in France last year when campaigned at around a mile and a quarter, rounding off his season with a fine fourth in the Champion Stakes.

But the son of Whipper has been a revelation since Laffon-Parias dropped him back in trip at the start of this year, landing Group 1 successes in the Prix d'Ipsahan over an extended nine furlongs and the Prix du Moulin at a mile on his most recent start.

The only blip during the season came when he under-performed in the Queen Anne, having been spooked by a needle following a random visit by BHA vets before the race.

"Although it didn’t go well at Ascot he proved next time at Deauville that there's no problem with a straight mile," said Laffon-Parias. "Ascot seems a bit tougher than Deauville and I don’t think that's a problem for him. Eight-to-nine furlongs is his distance." 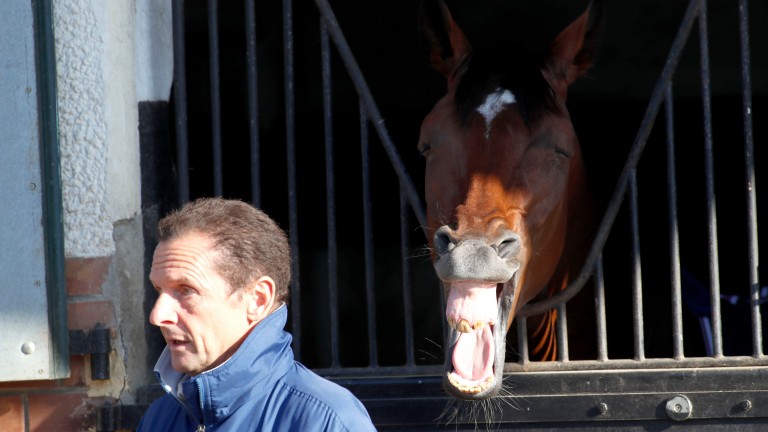 Recoletos posted his best ratings performance of the season when second to Alpha Centauri in the Prix Jacques le Marois, before confirming his status as France's leading miler in the Moulin last month.

"In France, for sure, he's the best, but now there's the filly who won the Sun Chariot the other day [Laurens]. We'll have to be wary of her," Laffon-Parias told visiting British journalists at his Chantilly yard on Monday.

Laffon-Parias and owner/breeder Dario Hinojosa have ruled out trying to back up in the Breeders' Cup a fortnight later, leaving the QEII as a likely career swansong for Recoletos.

Roaring Lion and Laurens are also entered in the Qipco Champion Stakes, and both have two options at the Breeders' Cup – Roaring Lion the Classic and Turf, and Laurens the Mile and Filly & Mare Turf.

FIRST PUBLISHED 6:07PM, OCT 8 2018
In France for sure he is the best but now there is the filly who won the Sun Chariot the other day, we will have to be wary of her