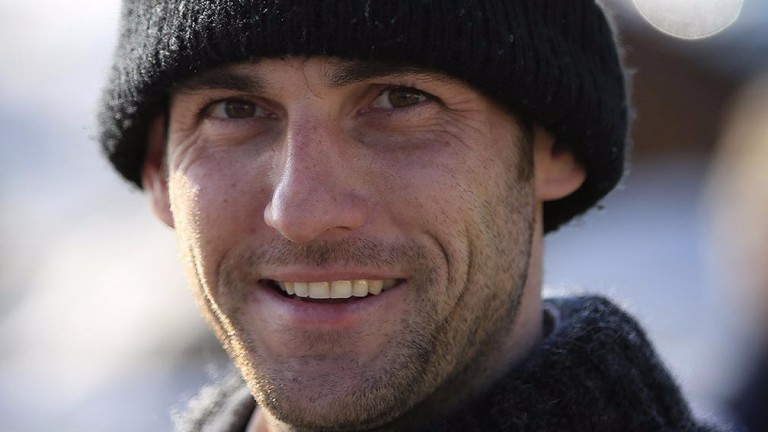 Phil Kirby will take aim at one of the north's traditional festive highlights with his stable star and recent Newbury winner Lady Buttons.

The eight-year-old recorded a Racing Post Rating of 155 after that debut victory over fences and, though also pretty adept over hurdles, Kirby is likely to stick to chasing for her next outing at Wetherby in the racinguk.com Castleford Chase, the day after Boxing Day.

"She'll also have an entry in the mares' hurdle at Doncaster but it's two and a half miles and she is definitely is better over two miles," said Kirby, who is enjoying a landmark year.

"In an ideal world we'll stick to the Castleford because she's a very good jumper of a fence and that gives us that little bit more leeway. She's so quick, efficient and scopey – she has all the things you want in a good chaser." 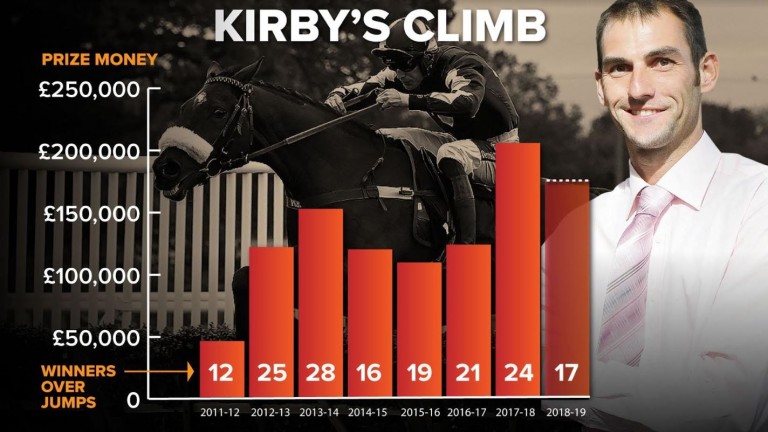 Kirby moved to purpose-built premises at East Appleton near Richmond, North Yorkshire in 2015 and is now reaping the rewards of improved facilities and better horses.

"We're just starting to build a better team, with the numbers up and better quality as well," said Kirby. "We've not had 100+ rated Flat horses in the past and we've also got more 130+ rated jumpers – we were scraping around at lower levels before.

"That was fine but it's always nice to have the quality as well, and we didn't have the numbers to start with when we moved here."

Kirby's skills have been shown to good effect on the Flat and over jumps in recent weeks, with Nautical Nitwit landing the Grade 2 bet365 Hurdle at Wetherby, while the former Sir Michael Stoute-trained Stargazer booked his trip to All-Weather Finals day at Lingfield with a win at Newcastle on Saturday.

His total of 19 winners for the calendar year on the Flat and 17 jumps successes since the start of the current National Hunt campaign point to a trainer making rapid strides.

"Nautical Nitwit got quite a nasty cut that day so we've had to hang fire a little but he'll probably go to Cheltenham on New Year's Day for the three-mile open handicap, before we look to get him qualified for the Pertemps," said Kirby.

"If he can hold his own off his new handicap mark we could go anywhere with him. 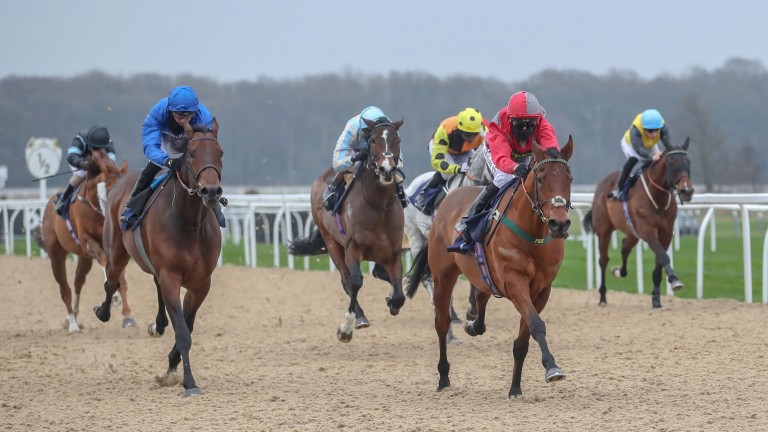 Stargazer (red sleeves) wins the All-Weather Championships fast track qualifier at Newcastle last Saturday under Robert Winston
Getty Images
"Stargazer got an injury in the Chester Cup and that cost us most of the grass season and I probably rushed him for the Cesarewitch. We decided to keep going into the all-weather and now we'll have to set out our stall at Lingfield before the Northumberland Plate. He travels and he's got a fair turn of foot."

Kirby will get the chance to campaign another highly-rated turf horse next spring, when South Seas arrives from Andrew Balding's yard following his purchase for 150,000gns.

Look back on the best jumps action of the year in the new edition of the Racing Post Annual. Click here to order or call 01933 304858. FIRST PUBLISHED 10:08AM, DEC 20 2018
She is so quick, efficient and scopey that she has all the things you want in a good chaser