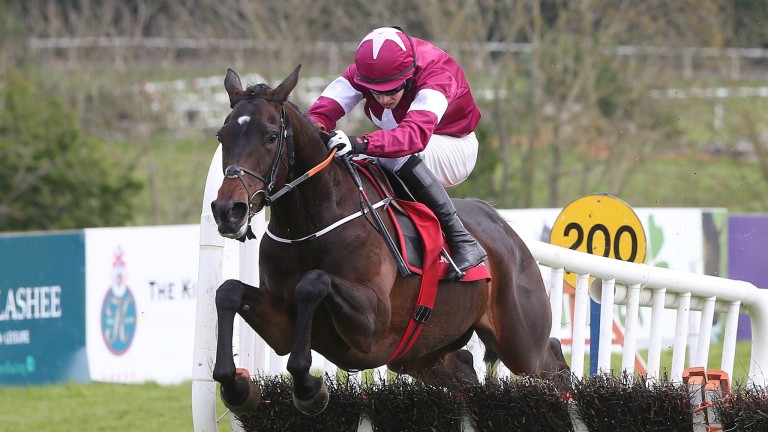 Revered as the only horse to win both the Champion Hurdle and the Gold Cup, Dawn Run also won both her races at the Punchestown festival – without a sex allowance and ridden by Tony Mullins.

In 1983 the Paddy Mullins-trained mare won the Champion Novice Hurdle by ten lengths and in 1986, the month after her Gold Cup victory, she won the greatest ever match race over fences, beating Champion Chase winner Buck House at level weights over two miles.

This Francis Flood-trained mare won the John Jameson Cup for novice chasers at Punchestown in 1970 by four lengths from Proud Tarquin.

In 1972 Glencaraig Lady followed Arkle and Fort Leney as the third winner of that race to go on to victory in the Gold Cup. On that occasion, meeting her male rivals at level weights, she just prevailed in a desperate finish and survived an objection.

Assessed on her best form, Annie Power ranks second only to Dawn Run among all the hurdling mares in racing history, and she led all the way in both her races at the Punchestown festival. She landed the Mares' Champion Hurdle in 2014 (by seven lengths) and 2015 (by ten).

The following year Willie Mullins' star became only the fourth mare to win the Champion Hurdle, making nearly all the running and never looking in danger of defeat. 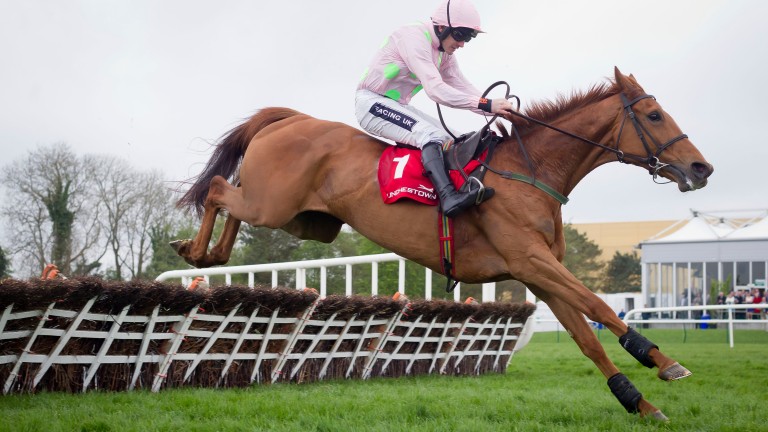 Asian Maze won both her races at the festival – the 2m4f Grade 1 novice hurdle in 2005 and the Champion Stayers' Hurdle in 2006. Both times she led all the way, was clear at the second-last, and scored decisively.

Trained by Tom Mullins, she recorded her most spectacular victory when making all to win the 2006 Aintree Hurdle by 17 lengths from Hardy Eustace.

This grey won the 2m Drogheda Handicap Chase under 11st 13lb at the festival in 1964, and later that year became the only mare to beat Arkle over fences – at Cheltenham's December meeting in the Massey-Ferguson Gold Cup. She held off Buona Notte by a short head with the supreme champion a length away third, conceding her 32lb.

Trained by Dan Moore for Raymond Guest, Flying Wild returned to Cheltenham to land the Cathcart Chase in 1966.

As well as a record six Cheltenham Festival victories in the Grade 2 Mares' Hurdle, Quevega landed the World Series (now Champion Stayers') Hurdle against male rivals at Punchestown four consecutive times (2010-13). It was the only Grade 1 race ever won by the second-best mare in Willie Mullins' yard – after Annie Power.

When attempting a five-timer in the race, this wonderfully consistent performer came second to Jetson.

Apple's Jade has recorded wide-margin victories in both her races at the festival – the 2016 Champion 4-Y-O Hurdle and last year's Mares' Champion Hurdle. In between those two wins she was among the horses moved by Gigginstown from Willie Mullins to Gordon Elliott.

Her seven Grade 1 wins also include Aintree's big juvenile hurdle by 41 lengths (making her the top juvenile of 2015-16) and Cheltenham's Mares' Hurdle.

This Irish Cesarewitch winner carried only 10st 1lb when landing the 3m Guinness Handicap Chase at the festival in 1963 (Flying Wild was fourth), but she gave Arkle a hard race in the 1966 Leopardstown Chase. Receiving three stone, she challenged him hard on the run-in and had him at full stretch to beat her by a neck.

Height O' Fashion was twice runner-up in the Irish Grand National and it took the two greatest steeplechasers of all time to beat her – Arkle (1964) and Flyingbolt (1966).

A 1,000gns purchase as a two-year-old, Grabel did not match another Paddy Mullins-trained mare, Dawn Run, but she did win at the Punchestown festival for three consecutive years (1987-89). Ridden by Tony Mullins, she landed the Champion 4-Y-O Hurdle and two editions of the 2m handicap hurdle.

In 1990 she missed the meeting in favour of the Dueling Grounds International Hurdle in Kentucky, and scored her richest victory.

The mare was a novice when she carried 10st 1lb to victory in the Tipperkevin Handicap Hurdle – forerunner of the Champion Stayers' Hurdle – at the festival in 1992.

At the time Shuil Ar Aghaidh was no more than a useful performer, but 11 months later she became the only mare in the last 30 years to win the Stayers' Hurdle at Cheltenham. She was owned and trained by Paddy Kiely.

FIRST PUBLISHED 10:07AM, APR 23 2018
It was the only Grade 1 race ever won by the second-best mare in Willie Mullins' yard – after Annie Power