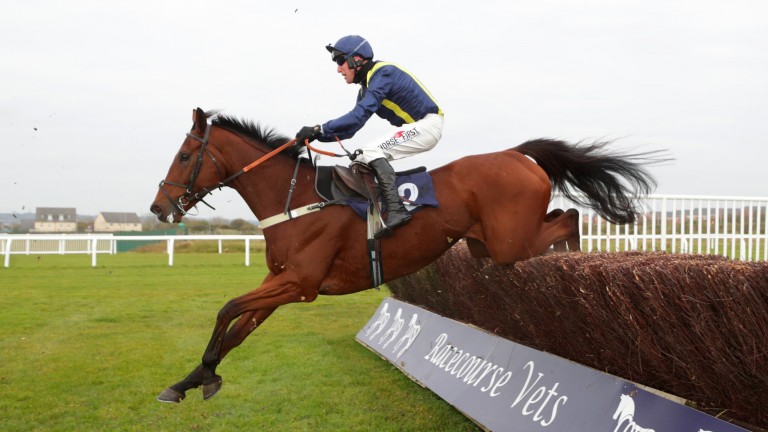 The seven-year-old played second fiddle for much of last season, finishing runner-up five times, including when chasing home Monkfish in the Brown Advisory Novices' Chase at the Cheltenham Festival.

He played a leading role this time though, accelerating away from a quality field under Brendan Powell to finish a length and a quarter clear of Pay The Piper and win for the first time since last November.

The first step for Colin and Joe Tizzard was him running well on his reappearance but the next is unclear. While no doubt tempted by the Betfair Chase, won in 2019 by Lostintranslation, the chance to run Fiddlerintheroof in the Ladbrokes Trophy may prove too tempting.

"I’m chuffed to bits with him," said Joe Tizzard, who is in the process of taking over the licence from his father Colin. "He placed behind good horses all of last season and we rate him really highly.

"He’s entered in the Ladbrokes Trophy and there’s the Betfair Chase as well, so we’ll have a chat about it. He’s on a mark of 148 so we may want to take advantage of that. I know what the boys will be thinking because we did this with Lostintranslation and went to Haydock, but it’s something we’ll think about over the next few days. 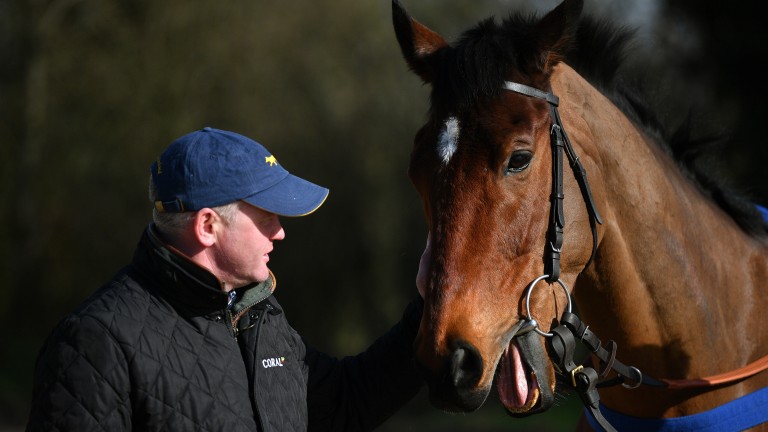 "Our horses have been in good nick and running well and I thought it was a cracking, competitive race. He's got a lovely way about him in that he doesn’t waste any energy, and he stuck it out really nicely."

Brendan Powell has won a number of big prizes for the yard and has returned to being a key part of the team this season, underlined by the fact he was called upon to ride Fiddlerontheroof for the first time.

"He stuck it out well after jumping and travelling well into the home straight," said the winning jockey. "We went a nice even gallop and for a small field it was a decent race. We came here today to set him up nicely for the season.

"It’s been great being back riding for my old boss again, and the horses are running well."

Papa Tango Charly still had something of a point to prove on his first start over fences but duly delivered when landing the Gordon Richards Novices' Limited Handicap Chase under Nick Scholfield. 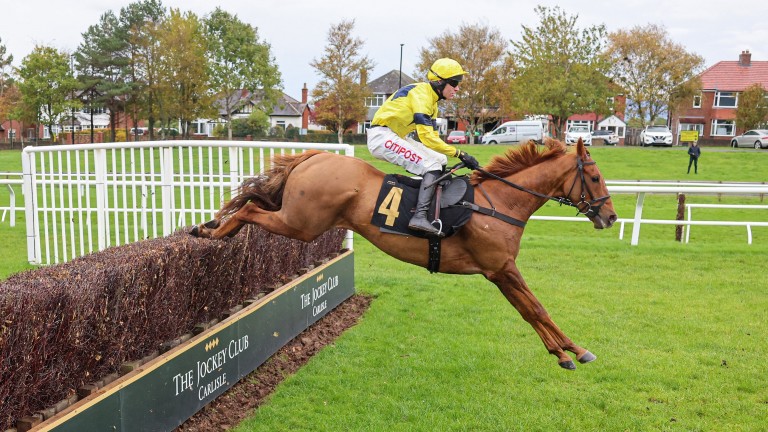 The six-year-old was bought for £440,000 after winning a point-to-point in 2019 and had not scored under rules until June, when he landed a maiden hurdle at Worcester for Jonjo O'Neill.

He cruised into the lead approaching the last, overtaking long-time leader Karl Philippe, before stretching clear for a 12-length success.

FIRST PUBLISHED 6:12PM, OCT 31 2021
He’s entered in the Ladbrokes Trophy and there’s the Betfair Chase as well, so we’ll have a chat about it

Tizzards consider King George for Fiddlerontheroof after 'huge' Ladbrokes run 'Remastered's fall changed the race' - Leighton Aspell with his big-race verdict Joe Tizzard: 'There was no escape from it, you're constantly being reminded' Expect the unexpected on a superb weekend - a home win in the Ladbrokes Trophy? 'We didn't lose faith' - Joe Tizzard relief as Lostintranslation bounces back