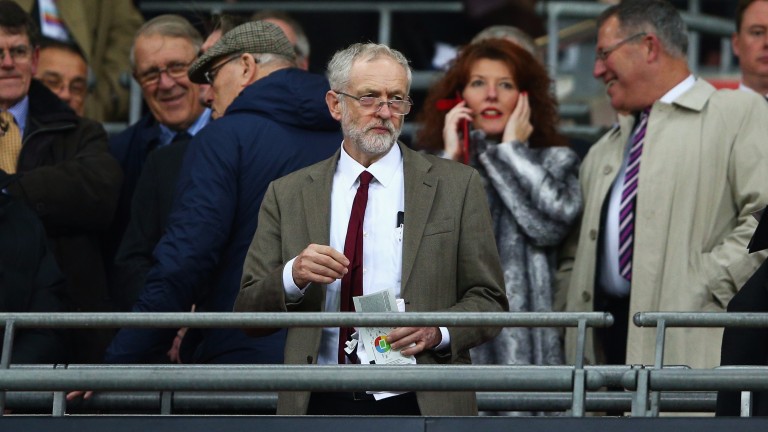 Betting operators have been warned they could have to pay a compulsory levy to fund the treatment of problem gamblers under new plans announced by Labour on Tuesday.

The party's deputy leader Tom Watson used his speech to the Labour conference in Brighton to unveil the policy, as well as a review into the NHS' ability to deal with gambling addiction.

Both the Association of British Bookmakers and Remote Gambling Association said they were not opposed in principle to a statutory levy.

Watson, who also renewed his call for a ban on gambling advertising on football shirts, told delegates a Labour government would "finally confront problem gambling" and "introduce a compulsory levy" to pay for its treatment.

He accused some gambling companies of "targeting our poorest communities", while also claiming some operators were using data to "deliberately target low-income gamblers and people who have given up gambling".

He went on: "Gambling addiction is an illness and it is about time it was taken seriously."

Together with shadow health secretary Jonathan Ashworth, Watson said he was launching "a thorough review of gambling addiction in this country and current provision for treatment on the NHS".

He added: "Our review will look at how to best fund NHS treatment and help free problem gamblers from the destructive cycle of addiction."

Problem gambling charity GambleAware brought in a record £8 million in 2016-17 from voluntary donations from the industry, but that was still 20 per cent short of its target.

It has been calling for operators to donate 10p from every £100 of their profit to fund its work.

Watson said: "My message to gambling firms today is clear: stop targeting vulnerable people. Start acting properly. And meet your obligation to help those whose lives have been blighted by addiction.

"You can do it now, because it’s the right thing to do. Or you can wait for the next Labour government to do it for you."

Reacting to the news, GambleAware said it welcomed the increased focus on the harm gambling can cause.

It added: "Gambling addiction is a recognised mental health condition, but treatment is not available on the NHS. We are woefully short of the funding needed to treat all problem gamblers in the country.

"We need the support of GPs, social workers, citizens advice and teachers before we can even come close to treating all those in need."

The ABB said it would support Watson's review if it facilitated an evidence-based approach to problem gambling.

The RGA said: "Combating gambling-related harm is a priority for our sector and we look forward to seeing details of Mr Watson's proposals."