La Vaticane best in at weights and reported 'in good form' 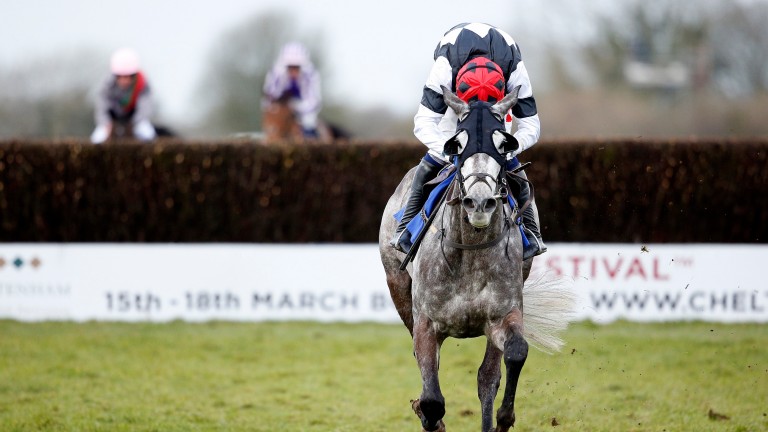 La Vaticane: bids to back up her impressive win at Doncaster last time
Alan Crowhurst
1 of 1
By David Milnes 2:17PM, JAN 24 2017

Leicester stages the last of the four latest additions by the BHA to the staying chase programme for mares and is doubly happy as the new £30,000 contest is now the course's most valuable race of the season.

The Midlands track has been rewarded with a decent turnout of eight, headed by Desert Queen.

Clerk of the course Jimmy Stevenson said: "It's part of a BHA initiative to increase the number of mares in training and it's the first time we've staged one.

"We don't stage many £30,000 races and we're more than happy with the turn out. Hopefully, the series is a success and we can stage it again next year."

Best in at the weights is La Vaticane, who finished runner-up to rival Desert Queen in one of these at Market Rasen in November, since when she has gone to win a decent race at Doncaster.

Rated 4lb below David Pipe's runner is Tagrita, who bids to extend her winning run over fences to three after victories at Huntingdon and Exeter.

Desert will need to be hot

Desert Queen has to concede 10lb all round after winning the first in this series at Market Rasen in November.

Harry Fry, trainer of Desert Queen
She's paid the price for winning a Listed race by picking up a 10lb penalty, but she seems in good form. We blew the cobwebs away over hurdles last time, following an early departure on Boxing Day, and she will hopefully go well.

Anthony Honeyball, trainer of Cresswell Breeze
This has been the plan for a good while, but ideally we would have run her at Doncaster last month to put her right for this, but it was a bit firm so we pulled out. She had some high-class form to her name last year, including a third at Punchestown, and goes there with a good squeak.

Jamie Snowden, trainer of Kassis
It's a tough ask but it's important to try to get some black type with these mares and if she can get some prize-money we'll be delighted.

Nigel Twiston-Davies, trainer of Kilronan High
She's a nice mare who jumps well and goes there with a nice chance. She's wrong with a few of them at the weights, as it's a conditions race, but she should still put up a good performance.

David Pipe, trainer of La Vaticane
She won nicely at Doncaster and is in good form. She escapes a penalty so must go there with a good chance.

Warren Greatrex, trainer of Magic Money
It's a big step up on what she's shown, but it's important for the owners to try to get a bit of black type if we can. If she can be placed it would be fantastic.

Paul Nicholls, trainer of Tagrita
We like to support these mares' races and she's done well to win two this season. She goes there with a chance in what looks a very competitive race.

Oliver Sherwood, trainer of The Organist
We were a little disappointed with her jumping at Warwick last time and hopefully she can improve on that, but it looks a hot race with La Vaticane in there. If she reproduces her best form from last year she'd be banging on the door.

FIRST PUBLISHED 6:00PM, JAN 23 2017
If she reproduces her best form from last year she would be banging on the door