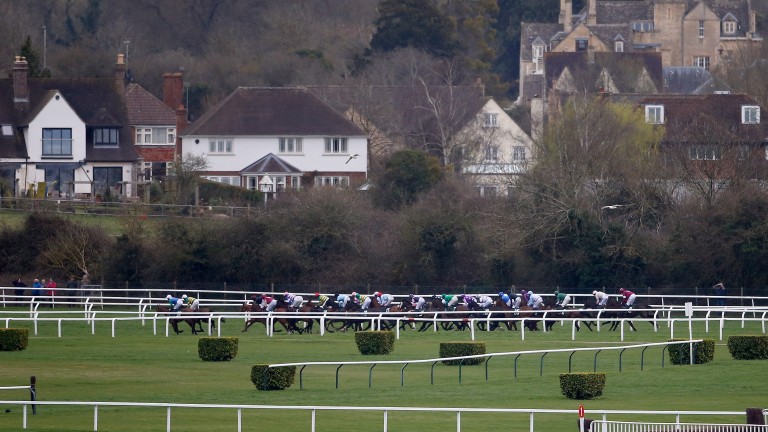 Cheltenham racecourse: recorded rainfall of 12mm over the weekend to leave the ground good to soft
Alan Crowhurst
1 of 1
By Bruce Jackson UPDATED 5:27PM, NOV 12 2017

It is all systems go for Kylemore Lough, ante-post favourite for the BetVictor Gold Cup at Cheltenham at this week's November meeting, which clerk of the course Simon Claisse expects to start on ground no worse than good to soft if the forecast proves correct.

Kylemore Lough's trainer Harry Fry said on Sunday: "It has always been the plan for him. He has been grafting away at home and I am happy with him. He is ready to go."

Kylemore Lough has been supported into 8-1 market leader from 12-1 for Saturday's race, although a move for Tully East at the weekend resulted in them sharing favouritism.

The eight-year-old kept good company last season after starting with a head defeat by Royal Regatta in a Grade 2 at Ascot this time last year and ending with fourth to Fox Norton in the Melling Chase at Aintree.

Saturday's Elite Hurdle winner London Prize will be left in the Greatwood Hurdle at Cheltenham on Sunday but trainer Ian Williams advised it should not be taken as an intent to run.

"His owner Margaret Forsyth can't make it to Cheltenham so it is going to have to be a strong reason to run, He has come out of the race very well today but we will se how he is through the week and what the handicapper does to him.

"The ground would also need to be suitably soft for him to have the best chance in the Greatwood."

Cheltenham is forecast a largely dry week after a soaking over the weekend. The ground is described as good to soft on both the hurdle and chase track and good on the cross-country course.

Claisse said on Sunday: "We have had 12mm of rain since Friday but it is now forecast to be dry until Thursday, when showers are forecast, and then largely dry through racing."

Claisse expects a "mixture of good to soft and good" for racing on Friday if the forecast is correct.

The cross-country course has been watered for the last five weeks to produce the current good ground.

FIRST PUBLISHED 4:39PM, NOV 12 2017
We have had 12mm of rain since Friday but it is now forecast to be dry until Thursday