Knight and Magic arrive in good form for handicap chase 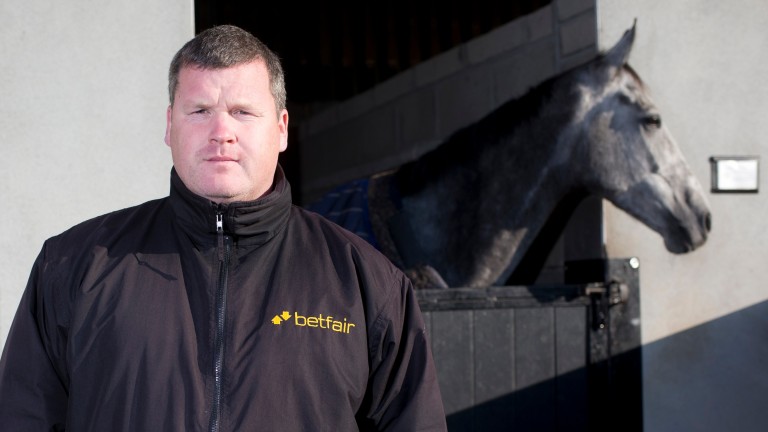 The Tom Mullins-trained Oscar Knight has gone up 9lb for his win while Art Of Payroll, Vinnie Luck and Kansas City Chief will, like Call It Magic, be running in a handicap chase for the first time.

The Sandra Hughes-trained Art Of Payroll, runner-up on his last two starts, is top-weight and will be tackling the distance for the first time.

Cecil Corbett, a course and distance winner last month before disappointing when favourite over a longer trip at Cheltenham, represents Gordon Elliott.

The Mick Winters-trained Vinnie Luck, a winner over a shorter trip at Sligo in September, will be out to build on his encouraging second to New Kid In Town over 2m4f at Cork last month.

At 13 Orpheus Valley, a three-time chase winner, showed he retains ability when fourth over a similar trip at Galway last month when returning from a long absence.

Sandra Hughes, trainer of Art Of Payroll
He's in very good form. It's his first handicap so we'll have to see how he gets on. The trip will be new for him but that isn't really a worry.

Tom Taaffe, trainer of Rogue Trader
It's his first run since he ran quite well behind Irish Cavalier at the festival meeting in April. We're looking forward to starting him back and hoping he puts in a good round of jumping.

Ross O'Sullivan, trainer of Call It Magic
He's going up two furlongs in trip from his Wexford win but that shouldn't be a problem. It's his first handicap and he's in good nick. I'm happy with him and looking forward to a good run.

Gordon Elliott, trainer of Cecil Corbett
He didn't stay the trip when we ran him over 3m1f at Cheltenham but he won over this course and trip last month and is in good order. However, he wouldn't want the ground too testing.

Tom Mullins, trainer of Oscar Knight
He won well at Galway last time and he shouldn't have any problem with the half mile longer trip. He's in good form.

FIRST PUBLISHED 6:00PM, NOV 18 2016
It's his first handicap and he's in good nick. I'm happy with him and looking forward to a good run