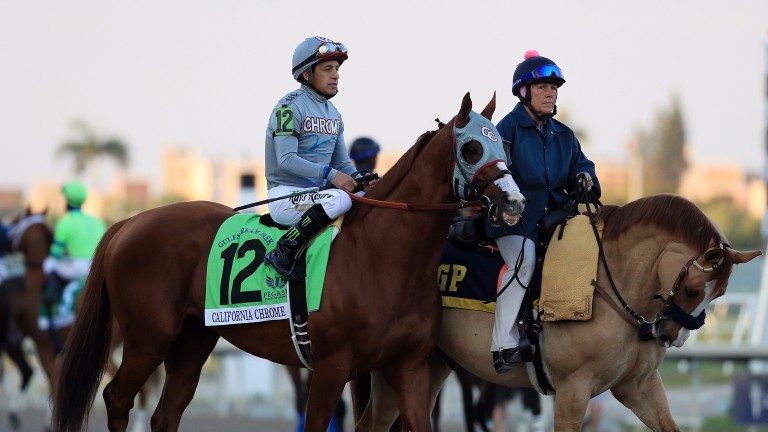 Much to the dismay of the 'Chromie' army of fans, California Chrome heads to stud after an uncharacteristically tame effort in the Pegasus World Cup, albeit one for which there may have been an explanation.

Trainer Art Sherman discovered a knee issue after taking the dual American Horse of the Year back to his barn at Gulfstream Park. "It might be a chip, which we could take out arthroscopically," explained the veteran trainer. "I could understand him being outrun, but he never even tried. He never fired. That’s just not like him. I’ve never seen him hang like that before.

"He didn't break as sharp as he usually does and then he got hung wide. It looks like he scrambled away from there and couldn't get his footing. This is the first bad race he's ever run for me but we had a great run."

The massively popular seven-year-old goes to Taylor Made in Kentucky after a long and glorious career featuring a number of highlights, among them victories in both the Kentucky Derby and Preakness Stakes in 2014 before last year's Dubai World Cup triumph and five-length demolition of superstar racemare Beholder in the Pacific Classic.

"He's going to the breeding shed and I just hope his babies come back to me," added Sherman. "It's been one hell of a journey for me."

FIRST PUBLISHED 4:43PM, JAN 29 2017
I could understand him being outrun, but he never even tried. He never fired. That’s just not like him