Kings and queens: six French horses to light up the new Flat season 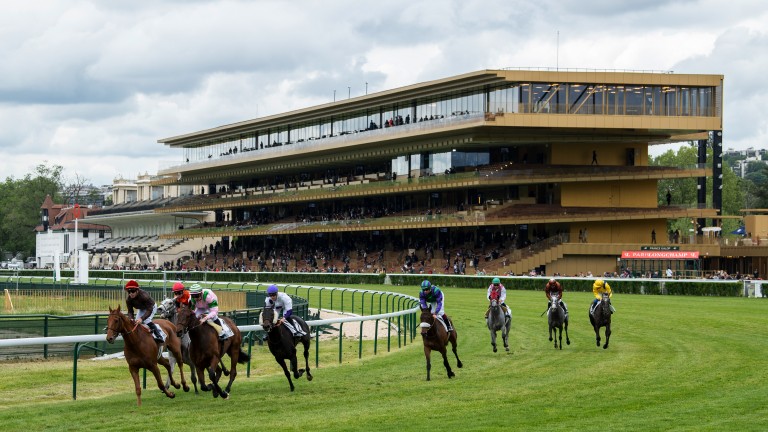 French racing is ready to spring back into life with the first meeting of the season at Longchamp on April 7
Edward Whitaker (racingpost.com/photos)
1 of 1
By Scott Burton 7:00AM, MAR 28 2019

The French Flat season springs to life over the next few weeks, with Longchamp reopening its doors on April 7, key Classic trials at Maisons-Laffitte three days later and the first Group 1 of the season, the Prix Ganay, on April 30. So who are the key horses to look out for in the coming weeks and months?

Undoubtedly the best two-year-old shown off by Andre Fabre last autumn, Persian King is far from being an unknown quantity as far as British and Irish observers go, thanks to a stylish defeat of Magna Grecia at Newmarket in October

The son of Kingman has size and scope to progress at three and, even assuming Fabre sticks to plan A and targets the Emirates Poule d'Essai des Poulains rather than the Qipco 2,000 Guineas, it will be disappointing if he doesn't develop into one of Europe's leaders among the Classic generation.

Pierre-Charles Boudot was halfway to Cambridge before he could pull Persian King up but new part-owners Godolphin will want to establish the colt's Group 1 credentials at a mile in the first instance.

While it would be unfair to overlook the winner Lily's Candle – who new owner Katsumi Yoshida has sent to Freddy Head – the Prix Marcel Boussac often throws up a really good three-year-old filly among the beaten horses.

Matematica went to Longchamp off the back of a narrow maiden defeat and it could be argued she was beaten in the Boussac by inexperience after sweeping to the front a furlong out.

Trainer Carlos Laffon-Parias will make use of her maiden status first up and then, barring a surprise defeat, the Poule d'Essai des Pouliches will be the target.

With Australian connections who know how to dream big – among those with a share are broadcaster Peter Maher, as well as Makybe Diva's owner Tony Santic – this daughter of Dalakhani is a potentially high-class prospect over middle distances.

There was a lot to like about Merimbula's attitude when winning on Longchamp's final card of the season for Head, while her immediate victims lend the impression it might have been an above-average newcomers race, given that well-bred runner-up Solage made €1 million as part of the ongoing Marius Jooste dispersal, while third-placed Queen is a Kingman daughter of the mighty Pride.

Head and owners Wertheimer & Frere will feel there is plenty of unfinished business for last season's Larc Prix Maurice de Gheest heroine after getting no luck at all in the Foret before being scratched – much to the trainer's chagrin – by vets ahead of the Breeders' Cup Mile at Churchill Downs. 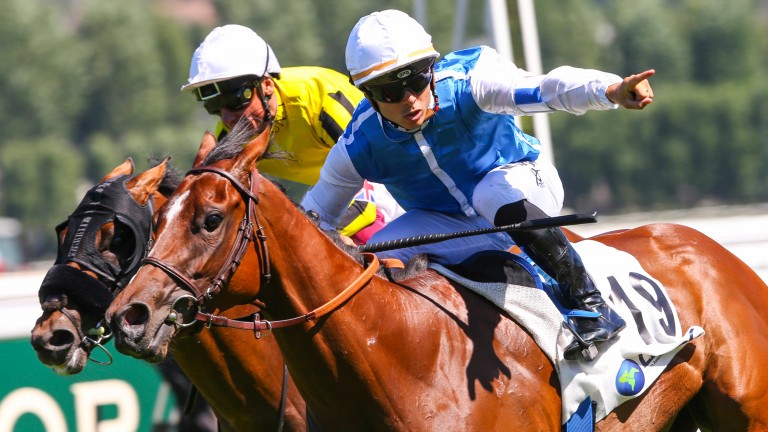 The first priority is to establish that she truly stays a mile before fixing on a programme but if Polydream can show the same brilliance over that trip as when breezing past James Garfield at Deauville last year, she could take a lot of stopping.

If there is an older miler to strike fear into Head's heart then he may be housed across Chantilly with Andre Fabre, given the visual impression made by Mer Et Nuages, whose superiority is not reflected in the winning distances of three easy successes last spring. Injury curtailed the son of  Lope De Vega's campaign but he has some early entries and Fabre would appear to have every intention of making up for lost time once the ground comes right.

One of two Classic-winning colts to return in 2019 – Olmedo is back in training with Jean-Claude Rouget after recovering from injury – last season's Qipco Prix du Jockey Club hero failed to add to his honours in either the Irish Champion or the Arc. 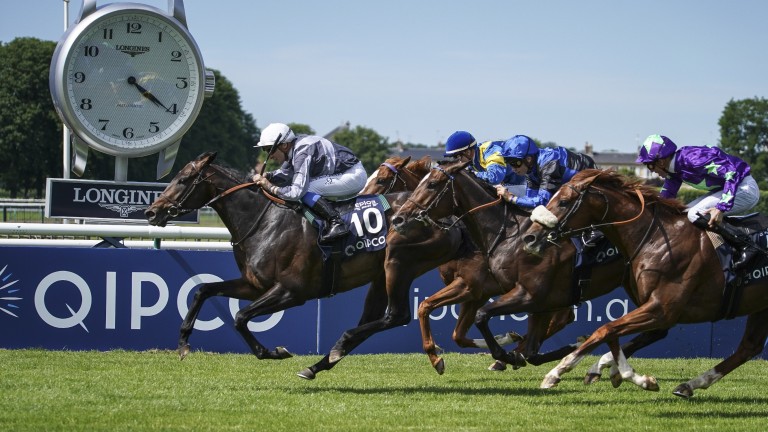 Pascal Bary is reportedly delighted with the progress that Study Of Man has made over the winter and the Prix Ganay looks an obvious early-season target for a colt that came a long way in a short time last spring and who conceivably wasn't in quite the same form later in the year.

There are plenty more familiar names among the lists of older horses vying for top honours, led by the grey wonder that is Vazirabad, who once again has Ascot as his main aim as he bids to join Drum Taps and Yeats (twice) as Gold Cup winners at the age of seven or older since the war.

The stayers' ranks are further swollen by Cadran winner Call The Wind and the one-two from the Prix Royal-Oak, Holdthasigreen and Called To The Bar.

Further depth is added to the mile and intermediate division by Plumatic, Wusool, Intellogent and With You – a filly who looks tailor-made for the 1m1¼f trip of the Coolmore-sponsored Prix d'Ispahan in May – while City Light should be a force in the leading sprints.

Among those not to return in 2019, Group-race winning fillies Kitesurf, Nonza, Tantheem and Wind Chimes have been retired to the paddocks, while among those either sold or sent to continue their racing careers outside Europe are Homerique (US), Neufbosc and Cascadian (both Australia).

FIRST PUBLISHED 7:00AM, MAR 28 2019
With Australian connections who know how to dream big, this daughter of Dalakhani is a potentially high-class prospect over middle distances