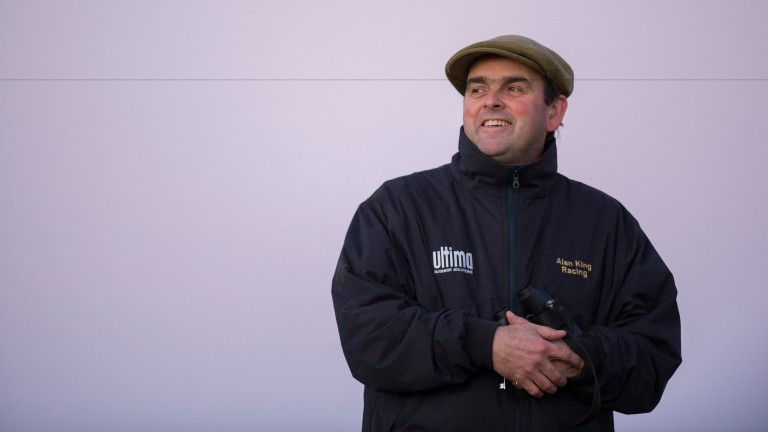 Alan King has urged for Ascot to be considered as the new home for the 32Red King George VI Chase should the Jockey Club be successful in what the leading trainer described as the "awful" plan to axe Kempton.

King said supporters of Kempton must now "fight very very hard" to save a track that has been threatened with closure following the Jockey Club's unexpected announcement that it wants to sell the whole site as part of a house-building plan that could raise upwards of £100 million.

When revealing its aspiration to close Kempton at some point after 2021, the Jockey Club said the King George would be one of a small handful of races and fixtures moved to nearby sister track Sandown.

King believes that should not be allowed to happen.

"If it is going to be moved, why not send the race to Ascot or a track that would be more likely to produce better ground? I don't see that Jockey Club Racecourses can close Kempton and feel they have a God-given right to keep the King George. Let Ascot have a crack at the race."

On the subject of the proposed Kempton sale, King added: "It's awful. Jump racing cannot afford to lose a place like Kempton. It's a track I love and we mustn't let it go.

"We need to fight very hard and we need to save it. I've had a few owners ring me saying we must do something. There is a lot support for Kempton and that support will get stronger.

"I don't see why we need to lose Kempton, in part to finance an all-weather track at Newmarket. Cheltenham and Aintree finance so many other racecourses, yet jumping gets treated like a second-class citizen."

Writing in his Coral blog, Tom Scudamore, victorious in this season's King George aboard Thistlecrack, also leapt to Kempton's defence.

"At first I was shocked. Now I feel angry. I just can't understand it," said Scudamore.

"If a track needs to close, surely it doesn't make sense to close one of the biggest and most historic racecourses?

"If this announcement had been made by Arc or another independent racecourse everyone would be going bananas. They'd be up in arms, and rightly so. We need to make our voices heard and try and oppose this awful decision."

Also upset is Kempton's own jumps ambassador Jamie Moore, who highlighted how Sandown would not be a like-for-like replacement for the King George.

"Kempton and Sandown are like chalk and cheese," said Moore.

"Sandown is my favourite track but the ground always seems to be deeper and from the Pond fence to the line it's hard work. There are horses who would win a King George or a Christmas Hurdle at Kempton but not at Sandown.

"I think it would be sad for racing if they close Kempton. I've been going there since I was a kid and I would very much miss the place."

Much less sad at the prospect of Kempton's possible demise is Nigel Twiston-Davies, who has joined Jonjo O'Neill in backing the Jockey Club.

Twiston-Davies said: "I can understand people's reaction to the news, but the sport needs to invest in the future, particularly with regards prize-money. The Jockey Club is looking to invest £500 million over the next ten years and that will be key to ensuring jump racing has a bright future.

"They have spoken to me about their intentions and it's clear to me they want to boost jump racing across the country, including at the grassroots. Investment at Sandown would be wonderful, while spreading Kempton's other jumps fixtures across the country makes a lot of sense.

"They are doing the right thing and I wish them well."

Giving his point of view, Philip Hobbs said: "It would be a shame if Kempton was to go because of the heritage of the King George and the fact it's so useful in the winter when the ground is a bit drier there. It's obvious all the Kempton jumps meetings can't be transferred to Sandown as the place wouldn't cope.

"On the other hand, I can see the positives of so much money going to Jockey Club Racecourses and therefore for the good of racing."