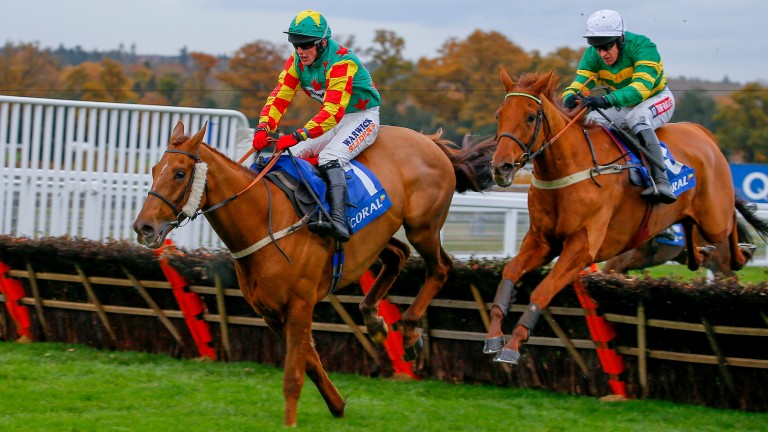 Barry Geraghty believes Yanworth is better equipped than he was for going down the Champion Hurdle route, which has become the preferred option for the JP McManus-owned six-year-old following the emergence of Unowhatimeanharry as a major World Hurdle contender.

Yanworth is now as short as 10-1 third favourite for the Stan James Champion Hurdle following what trainer Alan King admitted in his Weekender column is "a significant change of plan", and those odds make him by far the shortest-priced British contender in a market dominated by past winners Annie Power and Faugheen.

Geraghty, who has ridden Yanworth for his last five wins, as well as his Neptune Investments Novices' Hurdle second over two miles five furlongs, appeared to lean towards stepping up to three miles following last month's hard-fought Coral Hurdle win over two miles three furlongs at Ascot, but he believes he is more versatile now than he was and "feels more of a racehorse".

He said: "I schooled Yanworth before he ran at Ascot and he's developed physically and has more presence. He feels more like a horse who will be able to cope better now with the hustle and bustle of two miles than he was last season, when the reason we went for the Neptune was to give him a chance to find his feet jumping.

"He got two five so well at Cheltenham that there's no reason he wouldn't get further, but it's better to have options, and I do think he's versatile."

He added: "He feels more of a racehorse this time. He was good at Ascot and did all he needed to do, but Alan had said he hadn't been able to do much with him on grass because of the weather and he rode like that. I would imagine there's a lot of improvement in him."

King has confirmed that Yanworth is unlikely to take up Saturday's entry in the Stan James.com International Hurdle, which was precautionary as back up for My Tent Or Yours, but said that a first run back at two miles is on the cards in Kempton's Christmas Hurdle. 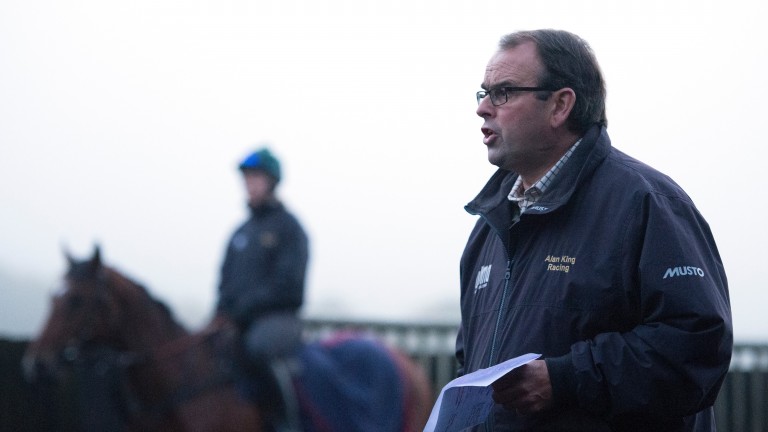 Alan King: likely to test Yanworth over two miles in the Christmas Hurdle at Kempton
Edward Whitaker
He wrote: "As you know, we'd pencilled Yanworth in for the Long Walk Hurdle at Ascot next weekend after his win in the Coral Hurdle there last month. But Unowhatimeanharry has since bolted up in the Long Distance Hurdle at Newbury for JP McManus and he looks an obvious candidate for the World Hurdle.

"So we're set to go down the Champion Hurdle route with Yanworth and if Yanworth is not needed at Cheltenham, he'll probably go to Kempton on Boxing Day for the Christmas Hurdle.

"Although he's got plenty of stamina he's never looked short of speed. But the one thing we would want at the shorter trip is soft ground - and there's still not a great deal of rain around."

While the two-mile route is clearly preferred at present, connections are keeping their options open and those who have backed him for the World Hurdle, for which he is priced at between 8-1 and 12-1, should not tear up their ante-post vouchers yet.

King revealed that an entry has been made for Yanworth in Ireland, where he would be more likely to get his ground, and that entry is for the Grade 1 Squared Financial Christmas Hurdle at Leopardstown on December 28, rather than the 2m Ryanair Hurdle at the same meeting.

In Yanworth's likely absence My Tent Or Yours, who goes unpenalised, is now clear favourite at around 7-4 for Saturday's International.

FIRST PUBLISHED 4:38PM, DEC 6 2016
He feels more like a horse who will be able to cope better now with the hustle and bustle of two miles than he was last season