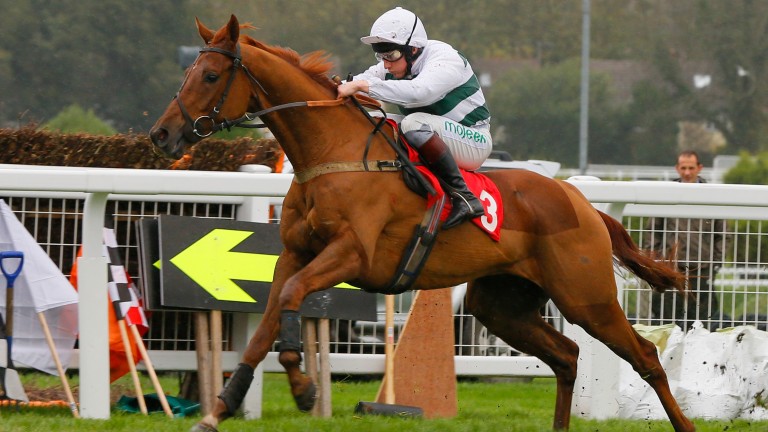 Laissez Dire looked a classy recruit when making a successful debut for Alan King in a beginners' chase at Catterick at the end of November, where he looked value for much more than the four lengths by which he beat the Dan Skelton-trained Work In Progress.

King has a better-than-one-in-three strike-rate at Plumpton, and this race is one in the track's series of novice chases from which the winner will be eligible for an SIS-sponsored £60,000 bonus should he go on to land any chase at Cheltenham in March.

To date that bonus has only ever been won by the King-trained Voy Por Ustedes, although plenty have tried.

Baron Alco has already won a qualifier, having enjoyed a bloodless win here in November before finding subsequent Dipper Novices' Chase winner Whisper too good for him at Cheltenham in December. Gary Moore hopes he can get back to winning ways, but is under no illusions regarding the strength of the opposition.

He said: "It's not ideal that he's going back to two miles and, although there are only five runners, it's a tough little race. It's no penalty kick, but he's in good order and acts on the track."

David Pipe aimed Starchitect here in order to avoid the classy Buveur D'Air at Warwick on Saturday, but he admitted this is "still a competitive race".

He added: "He ran well and jumped well at Bangor, where he would have been closer bar a mistake at the last. Jumping round Plumpton is good experience for when we hopefully go to Cheltenham later in the year."

Colin Tizzard saddles a chasing debutant with possibilities in Solatentif. His son Joe offered positive news concerning his preparation and said: "He's been running well in handicap hurdles and he schools lovely at home. On his hurdles form he's entitled to run a big race."