King George hopefuls have trainers dancing in the rain 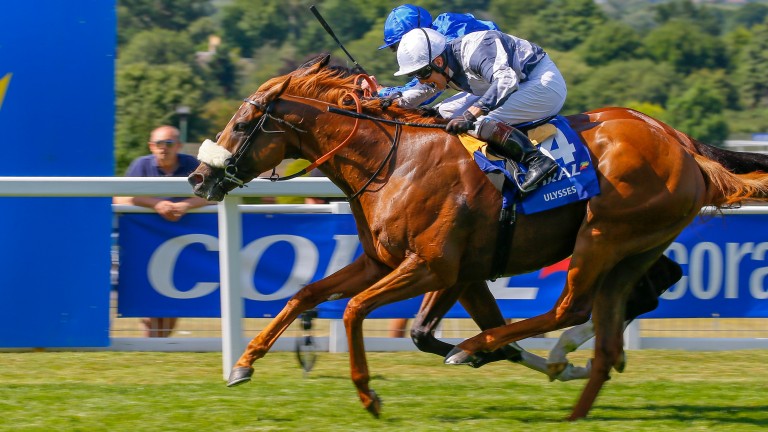 Frontiersman Charlie Appleby
Sporting a pair of deck shoes but wearing no cap, Appleby wasn't dressed for the post-6am deluge that hit the Limekilns on Saturday morning but was smiling through the showers when this recent Newmarket runner-up came up the long gallop. The son of Dubawi holds the King George VI and Queen Elizabeth Stakes entry at Ascot next Saturday and is a likely runner unless the ground turns soft.

Jack Hobbs John Gosden
Enjoyed getting his toe in for a change on the round gallop, where he was to the fore under Rab Havlin just ahead of Maverick Wave (Robert Tart) over a mile. The five-year-old is also in the frame for the King George and the unsettled forecast could allow him to get closer to Highland Reel this time around.

Ulysses Sir Michael Stoute
Stoute's video man Mick 'Lionel' Blair was a busy boy as the Freemason Lodge trainer had workers on the trial ground, round gallop and long gallop in quick succession. The Coral-Eclipse winner was wet with rain rather than sweat when powering up the round gallop in a sole exercise which suggests he'll be a player if he lines up at Ascot next Saturday.

Nezwaah Roger Varian
Varian's wife Hanako came out on her hack especially to see the recent Irish Group 1 winner float up the Al Bahathri at second lot under John Lowe. The four-year-old is in the frame for what is turning out to be a fascinating edition of the Group 1 Qatar Nassau Stakes at Goodwood next month.

Walk In The Sun Jeremy Noseda
Named after a line from Bruce Springsteen's hit Born To Run, the son of Street Sense looked the boss when breezing up the Al Bahathri under the gaze of his purchaser Kerri Radcliffe. The juvenile was the record-breaking top lot at the Arqana breeze-up sales in May when knocked down to Phoenix Thoroughbreds for €1.4 million. 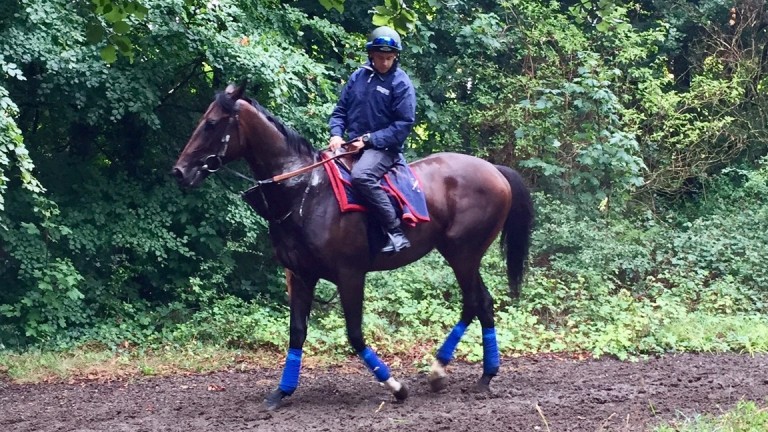 A first look at expensive purchase Walk In The Sun

Pleasant Surprise Luca Cumani
Jamie Spencer turned up to ride the recent Doncaster winner on the Limekilns on Friday, where she hung her two companions out to dry on the long gallop. The daughter of Mastercraftsman could be black-type class later this year.