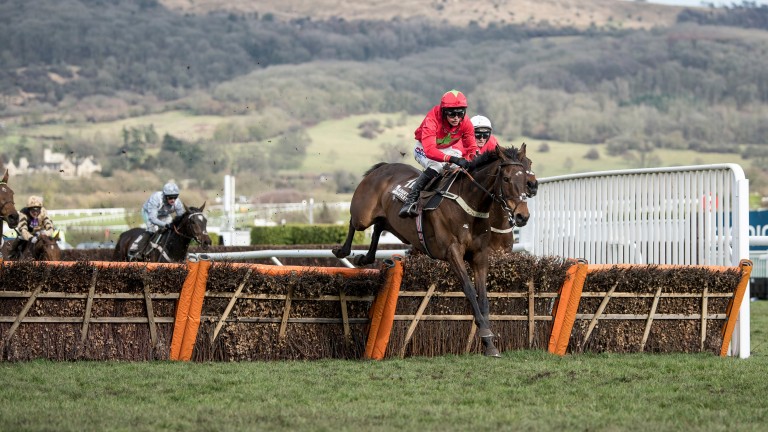 A race famed for its attritional nature, taking place on ground still officially heavy in places, was always going to develop into a slog and it was Kilbricken Storm who coped best with the extreme test to land the Albert Bartlett Novices' Hurdle and kickstart a magnificent double for trainer Colin Tizzard.

Kilbricken Storm – who like Champion Chase winner Altior had to overcome an issue with pus in his foot – provided 19-year-old Harry Cobden with a first Cheltenham Festival winner in a moment described by the rider as a dream come true.

Cobden said: "It's everything I've ever dreamed of. I've been sat in front of the television for the last probably 15 years watching all the greats win.

"The horse has loads of guts, he's brave and tough and battled it out well. You need that in these conditions."

Kilbricken Storm was overlooked by most punters, sent off a 33-1 shot and 44-1 on the Tote, and his rider was also fairly pessimistic about the prospect of the seven-year-old getting him off the mark.

He said: "I started the week with ten rides and had a couple of thirds but thought that was me done. I didn't think this lad would win but he proved us all wrong. He's got a tremendous engine." 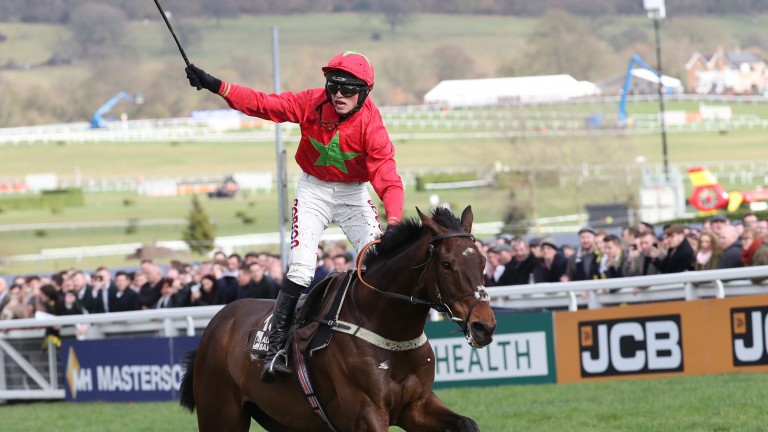 The winner was bouncing back from a disappointing third in the Challow Hurdle on his most recent start at Newbury in December, and, like Cobden, Tizzard was pleasantly surprised by the victory.

He said: "He had a bit of a dirty nose a week after he ran in the Challow but I never knew he was going to be that good even when he was dead right.

"He travelled really well. I was waiting for the cavalry to come but they didn't. We've been seeing it all week, they've been coming and nabbing the ones in front, but they didn't get to him."

Leading the chasing cavalry up the hill were two of Nicky Henderson's four-strong team in Ok Corral, who had been supplemented for the race, and Santini, who was sent off the 11-4 market leader.

Both stayed on well off the strong gallop carved out by Fabulous Saga, who ensured the emphasis would be placed firmly on stamina, but were unable to land a blow on the winner, who crossed the line three lengths to the good.

Barry Geraghty, rider of Ok Corral, said: "They went fast. My horse was always going at his own pace and kept going. It was a good run, he's a real old-fashioned chaser. I was hoping they'd come back to me – but all you can do is hope."

Richard Kelvin-Hughes, owner of Santini, said: "We're absolutely thrilled with him. It was bottomless ground and Nico [De Boinville] did a fantastic job looking after him as he's a horse for the future. Without a doubt he'll be novice chasing next season."

Kilbricken Storm will also be going chasing next season, and with bottomless stamina combined with a teak-tough attitude he ought to excel.