Khan reaching for the sky again in valuable feature 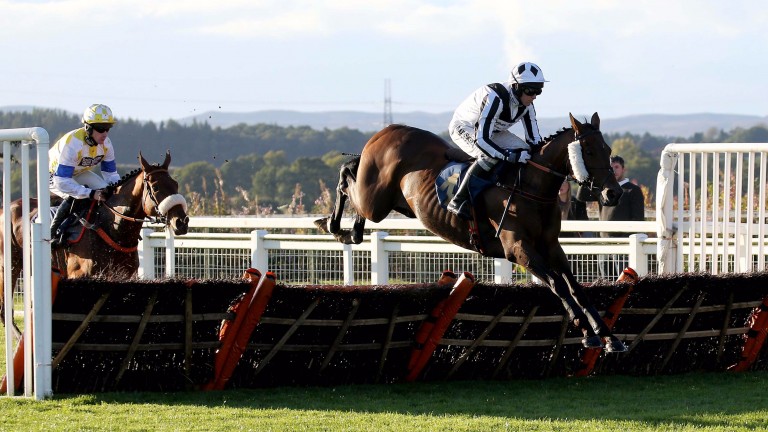 Sky Khan is back to attempt to repeat his victory of a year ago in the second running of the £25,000 feature since it was cut in distance from 2m7f.

Lucinda Russell's ex-Flat performer went on to run with credit at three of the big end of season festivals following that victory including when third in the Martin Pipe Conditional Jockeys' Hurdle at Cheltenham.

Although he then finished fourth at Aintree and fifth at Punchestown, the seven-year-old has been less potent this season, most recently when beaten 28 lengths at Wetherby last month.

Russell said: "Sky Khan has been a great horse for his owners as he didn't cost very much and took us to three big festivals last season and hopefully he can take us all back."

One of his chief rivals on paper is Richard Newland's Duke Street who signalled a return to winning ways was just around the corner when second to Younevercall in a decent contest at Kempton last time.

T time
Micky Hammond, who runs Maxie T, won this race two years ago with Master Of The Hall when it was staged over 2m7f.

Malcolm Jefferson, trainer of Oscar Rock
We're putting him back over hurdles as it's not easy to find races off his mark just now but he might find the ground soft enough for him. We have to start somewhere and he will come on for it but we hope to get some of the nice prize-money.

Lucinda Russell, trainer of Sky Khan
He won it last year and we've had it in our minds to come back for a while now instead of going to Cheltenham or Aintree with him. We could have done with getting another run into him ideally but he's in great shape at home and should like the small field.

Alan King, trainer of Big Chief Benny.
He was progressive last season and we might put chasing on hold until next winter as he has been working better than he did last year and should be competitive off his mark of 131.

Micky Hammond, trainer of Maxie T
He had a good season for us last season but seems pitched in at a high enough mark for his reappearance. This looks a nice starting point for him and hopefully he can have another good year.

Lucy Wadham, trainer of Minstrel's Gallery
He goes well in these small fields but tends to come on for his first run of the season. We're not going there brimming with confidence as the ground will be softer than ideal but it's great prize-money so hopefully we can get a piece of it.