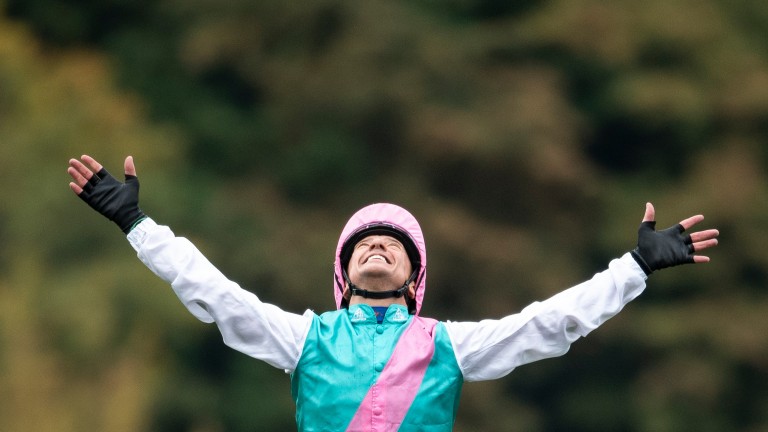 Frankie Dettori and other jockeys who partnered some of Khalid Abdullah's finest horses have paid tribute to one of racing's greats after his death at the age of 83.

Dettori, arguably the sport's most famous face, rode Abdullah's Enable in 17 of her 19 starts, guiding the superstar mare to 11 top-level victories, including two memorable Arc triumphs prior to her retirement last year.

Dettori's association with Abdullah stretched back to the mid-1990s, when the pair, along with Enable's trainer John Gosden, enjoyed Group 1 success with the classy Ryafan.

"It's very sad news," Dettori said. "I've enjoyed some great success for Prince Khalid over the years. He was an amazing man with an amazing breeding operation that produced many champions. One of my earliest big wins was aboard Ryafan in the Prix Marcel Boussac at Longchamp.

"I know he got great satisfaction from Enable and I think one of the last times he went racing was when she won the Arc for a second time in 2018.

"He was colossal in every sense of the word for our industry, with stallions, mares and breeding operations that produced a host of top-class horses over nearly 50 years."

Frankel's jockey Tom Queally was another to add his voice to the long list of those paying tribute to Abdullah, saying riding in the owner's famous pink, green and white silks was the fulfilment of a lifelong dream. 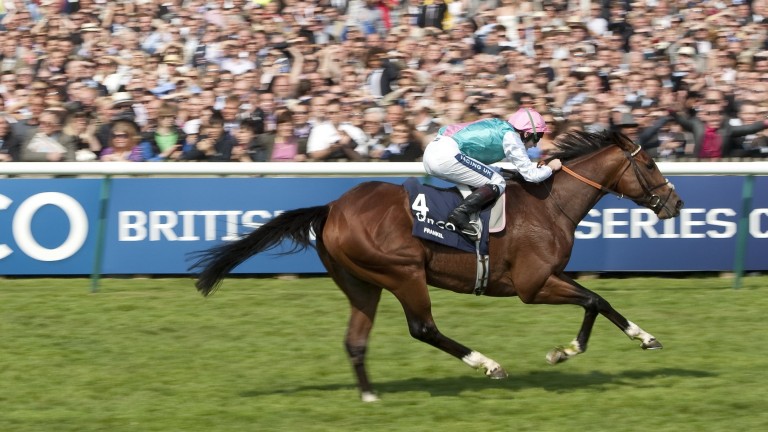 Frankel and Tom Queally in full flight in the 2,000 Guineas at Newmarket
Edward Whitaker

Queally was stable jockey to the late Sir Henry Cecil until the trainer's death in 2013 and through that association rode a host of high-class performers for Abdullah, including Frankel, Midday, Twice Over and Noble Mission.

"It's a sad day for racing and my thoughts go out to Prince Khalid's family, friends and everyone at Juddmonte," Queally said. "I was lucky enough to ride dozens of high-class winners in those famous silks, which I could only have dreamed about when I was a kid watching Pat Eddery riding in them with great success.

"The prince was a gentleman and his loyal patronage of my old boss Sir Henry Cecil through thick and thin couldn't have had a better outcome in the end with a horse like Frankel coming along.

"I look back with great pride at the likes of Midday and Twice Over also winning multiple Group 1s. I think Midday winning at the Breeders' Cup gave the prince a lot of pleasure as he put a lot into American racing too.

"Frankel was the end result of an entire life devoted to breeding the perfect racehorse and the prince got there in the end."

Kieren Fallon, like Queally, was another whose relationship with Abdullah started during his time working for Cecil.

"I won my first Oaks on Reams Of Verse for Prince Khalid when I was with Sir Henry Cecil and it's a day I'll never forget," Fallon said.

"Prince Khalid was a lovely man and everyone wanted to ride for him. It's a sad day but he had a great life and he had some great horses including the best colt there ever was in the the shape of Frankel."

FIRST PUBLISHED 7:25PM, JAN 12 2021
Frankel was the end result of an entire life devoted to breeding the perfect racehorse and the prince got there in the end