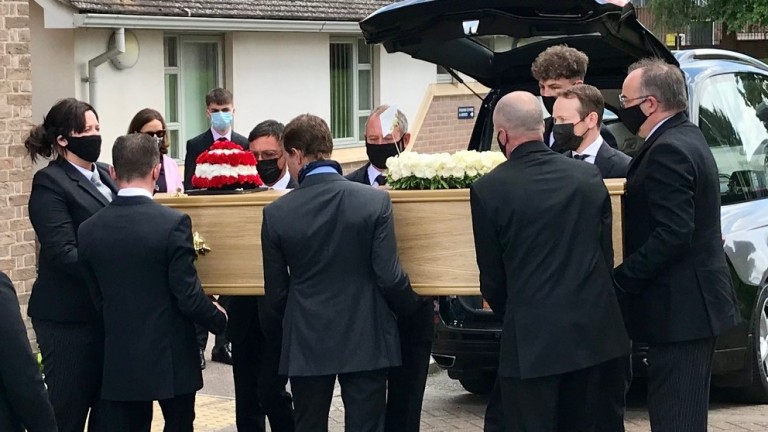 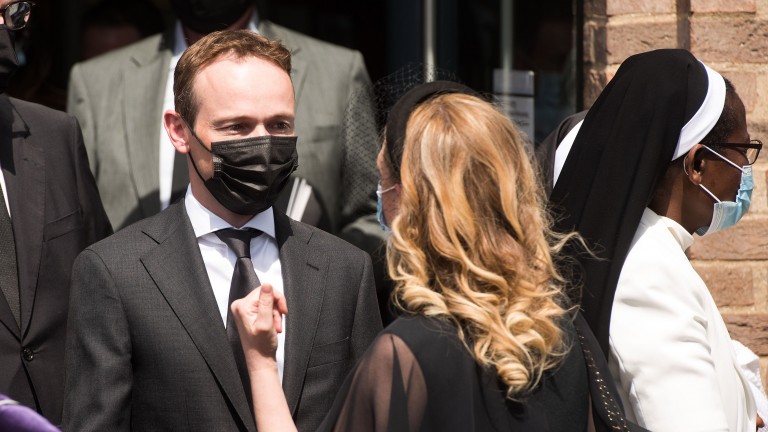 Giants of the turf from both sides of the Irish Sea turned out for the funeral mass of Barney Curley in Newmarket on Tuesday, with the coffin of the legendary punter-trainer carried into the church by jockeys Tom Queally, Frankie Dettori, Jamie Spencer and Shane Kelly.

The mastermind of a string of betting coups, who died on May 23 at the age of 81, would have seen the funny side of the route of his funeral cortege from his Little Heaven Stud at Six Mile Bottom to the church as it passed five betting shops during its journey up the High Street.

Due to Covid-19 social distancing rules, just under 50 people were allowed into Our Lady Immaculate and St Etheldreda Catholic Church where Curley, who retired from training in 2012, used to go to mass every day. 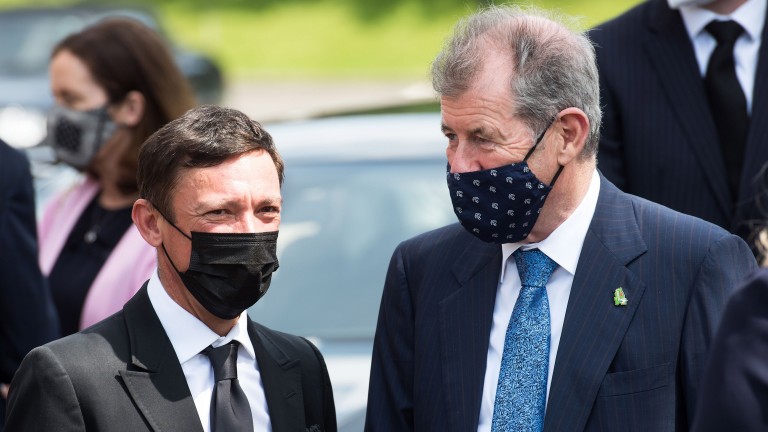 Also assisting with carrying the coffin was Curley's former assistant Andrew Stringer and long-time friend Glen Manchett, who provided much of the transport for Curley's many aid convoys to Zambia.

Curley's dedication to improving the lives of those living in Zambia through his charity Direct Aid For Africa (Dafa) formed a key pillar of the service, with two Dominican nuns among those inside the church.

The service was co-hosted by father James O'Kane, a missionary in Africa who worked with Curley in Zambia for the last 30 years. He spoke glowingly of Curley's desire to always help those less fortunate than himself.

He said: "The first thing that comes to mind is the great heart that Barney had and the love he had for the poor and less privileged. He always spoke down the years of giving a little back, that was his message to his friends. Barney didn't just give a little back, he gave everything. He gave his life to the less privileged.

"I know he will be remembered and prayed for in Zambia for many years to come. Barney had a great love of the poor and there was nothing he wouldn't do to help. That's why he spent his life – the last 30 years – coming to Zambia and building schools, colleges, youth centres, clinics and hospitals.

"When I spoke to Barney a few weeks ago about dying and his life, the one regret he had was that he couldn't get back one last time to see the projects and to see the friends he had there."

Curley was from a big family, many of whom had travelled over from Ireland, with grandson Charlie giving a reading and granddaughter Esme saying a prayer. His two daughters Maira-Louise and Catherine later gave a touching appreciation of their father's life. 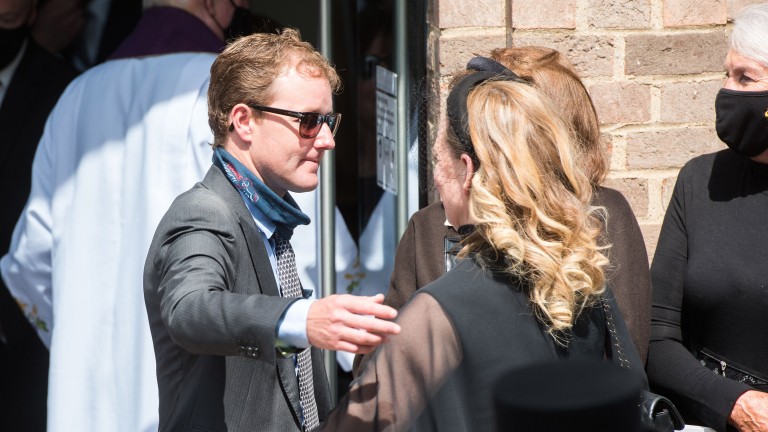 Queally, who was mentored by Curley throughout his life, said afterwards: "It was a beautiful service. The readings and tributes were really quite apt and touched on a lot of what Barney was all about. I think he would have appreciated it."

Kelly believed the funeral was a "fitting tribute" to a man who had made a significant impact on the lives of many people across the world.

"The mass was fantastic and it was a lovely send off to a special man," he said. "He didn't like things to be over the top and it was a fitting tribute to a fine man. Barney had a huge heart and when he was on your side he was a warrior.

"What he did for the people in Zambia was heartwarming. There were two Dominican nuns there today and one of them gave a reading, which shows you how respected a man he was.

"It really felt befitting of the man he was. His family got up at the end and told life stories about him. It was extremely touching and they carried it off so well." 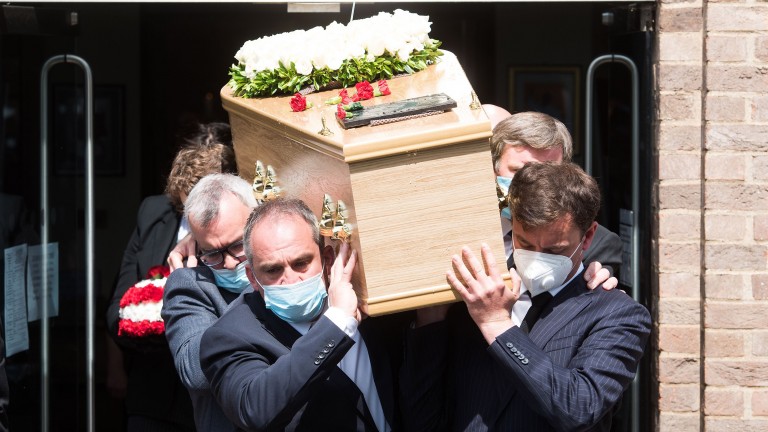 Afterwards, Curley's coffin travelled back up the High Street for burial at Newmarket Cemetery, which lies close to the Rowley Mile racecourse.

Those who wish to offer their support are asked to donate to the cause closest to Curley's heart by visiting the Direct Aid for Africa website dafa.ie/donate.

FIRST PUBLISHED 7:00PM, JUN 8 2021
It was a beautiful service. The readings and tributes were really quite apt and touched on a lot of what Barney was all about