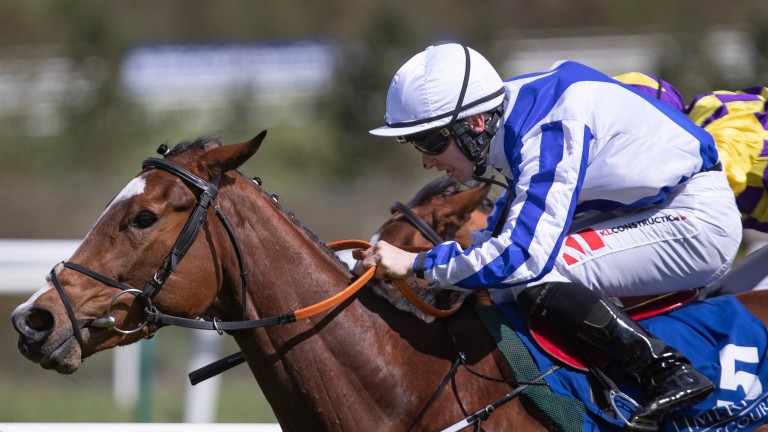 Dean Street Doll bids for a first Listed success in this Naas Oaks Trial in which she renews rivalry with 1,000 Guineas trial winner Hamariyna.

Hamariyna defeated Dean Street Doll by a length and a quarter at Leopardstown last month, but the last-named is 5lb better off and ran well when fifth in the Irish 1,000 Guineas.

Trainer Richard O’Brien is looking forward to stepping Dean Street Doll up in trip. He said: "She came out of the Guineas well and I'm very happy with her.

"It was always the intention to try her over further than a mile. She's stoutly bred on her dam's side and it will be interesting to see whether she gets ten furlongs.

"If she does then it will open up a lot of options for the rest of the season.

"I'm looking forward to the race but I'm in no way bullish."

Michael Halford believes the step up in trip will favour Hamariyna, who gives 5lb to her rivals following Group 3 success.

Halford said: "She's in great form and I think she will appreciate the step up in distance.

"Obviously the penalty will make it tough for her and being drawn ten of ten isn't ideal, but I'm very happy with her." 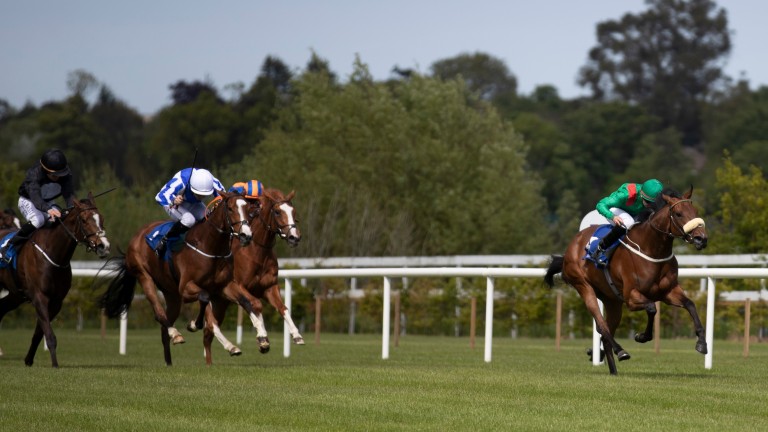 Hamariyna (right) on the way to Group 3 success at Leopardstown last month
Patrick McCann (racingpost.com/photos)
Dermot Weld and Aidan O’Brien have dominated recent renewals with three and four victories each.

Weld is represented by Search For A Song, who landed a maiden over this distance on her debut at Fairyhouse last month.

Weld said: "She's a smart filly and a progressive one but she's still quite immature. I’m hoping she'll run well and earn some black type."

O'Brien seeks a hat-trick and runs Chablis, Flowering Peach and Goddess, while his son Joseph saddles Cnoc An Oir, a recent handicap winner at Leopardstown, and Elleanthus, who wears cheekpieces for the first time.