Is there a future Grand National winner in the Classic Chase field?

With the jumps season turning into the new year the mind wanders more and more to those big spring festivals for racing fans, and trainers are no different in their thinking.

Warwick’s Classic Chase is a grand prize in and of its own, but a much grander prize is what those engaged in this race will be seeking at Aintree in early April.

One For Arthur did the Classic Chase-Grand National double when following up at the Merseyside track in 2017. It is a template used by others and one which trainer Ben Pauling is using for Le Breuil, winner of the National Hunt Chase at Cheltenham last year. 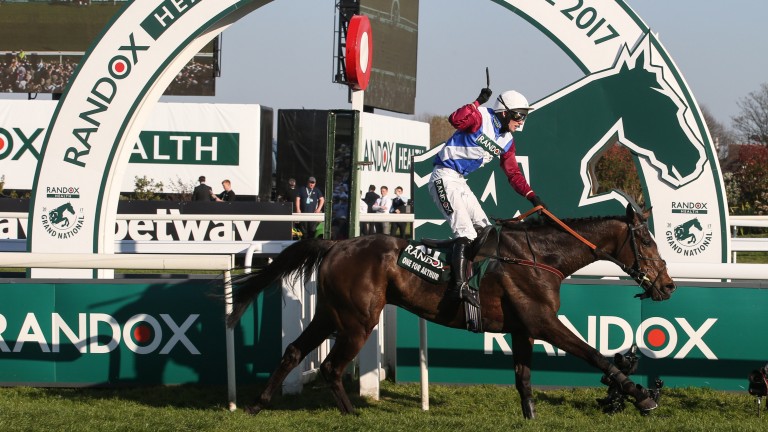 One For Arthur: won the Classic Chase before going on to win the Grand National three months later
John Grossick

He said: "We know he stays, he jumps for fun and it will be his last chase start before Aintree. I’ve always said that I will campaign him throughout the season and not just sit tight for one race.

"So he goes there to run his race and taking 7lb off with Luca [Morgan] is probably a big help."

The Grand National and the Magners Cheltenham Gold Cup were put forward as potential destinations for The Conditional this week by his trainer David Bridgwater, who slotted the eight-year-old in between former stable stars The Giant Bolster and Wyck Hill in terms of talent.

Whether he exceeds them remains to be seen with Bridgwater and rider Brendan Powell musing on what more might be to come from a horse who is still relatively new to them.

Bridgwater said on Friday: "I was talking to Brendan this morning about him. We've only had him for three runs and we're still learning about him, but he keeps half-surprising us with what he does at the races. Perhaps last time's effort, when second in the Ladbrokes Trophy, was as good as he is but he's a cracking horse and there are going to be big races in him.

"He’s in excellent form. He’s come in his coat and the trip, track, ground and everything are going to be right for him. If he runs like he did the other day then he’s going to run like a horse that should be favourite for this race.”

Tom Lacey, trainer of Kimberlite Candy
He came out of the Becher Chase at Aintree really well and is good and fresh at home. He’s full of confidence going into this race now and we’d be hoping for a good showing from him.

Neil Mulholland, trainer of Impulsive Star
It’s not gone according to plan with him since this race last season but we’re hoping he can put in a better performance this time. He’s wearing first-time blinkers and he schooled well in them this week. There’s nothing to stop him running well and the better the ground the better his chances.

Michael Scudamore, trainer of Mysteree
He’s in really good order and just didn’t take to the fences at Aintree last time. He’s not getting any younger but his run at Kelso was among his best and we know he loves these staying chases. He might potentially find winning hard but I’d give him a good each-way chance.

Tom Symonds, trainer of Bobo Mac
We've been very pleased with him this season and hope we've found the key to him. If he repeats the form of his two runs this season he would have a good chance. It's a big ask, but he's got a nice weight and we hope he's up to the task.

Tom Messenger, assistant to Dan Skelton, trainer of Captain Chaos
He's got more than enough ability and has been placed in a few of these decent staying handicaps. He's got a strong each-way chance.

Henry Daly, trainer of Head To The Stars
The trip holds no fear whatsoever and I think it will be beneficial. He’ll appreciate the ground, he’s in good order and I’m happy with him.

FIRST PUBLISHED 6:00PM, JAN 10 2020
We know he stays, he jumps for fun and it will be his last chase start before Aintree