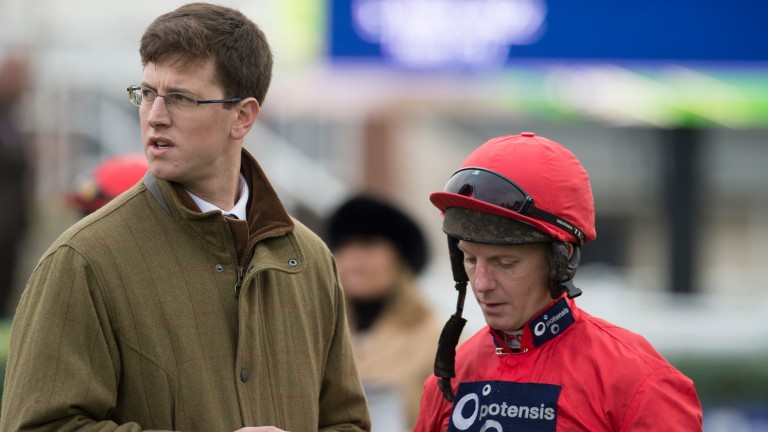 Not many would shun the chance of having a runner at the Cheltenham Festival with a leading chance, but when you look at the record trainer Harry Fry has in this race you can start to understand the thinking.

Get In The Queue was considered the top British contender for the Grade 1 Champion Bumper before he was pulled out of the race and pointed at Newbury.

Fry knows what it takes to land this £50,000 contest having won it for the last two years, both times with Noel Fehily in the saddle, where he is again this year for the final time before his retirement.

Reflecting on his achievements in the race, Fry said: “We’ve been lucky enough to win it for the last two years and I think we’ve got the right horse to run in it again. It’s a race we like and I hope we’re able to win it again.” 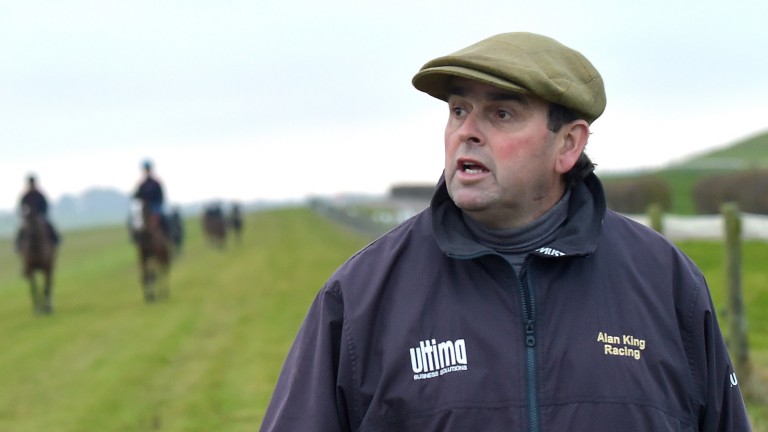 Alan King on the gallops at Barbury Castle
Hugh Routledge

Four is the magic number

Four-year-olds have dominated this race recently, with last year’s winner Caribert the first older horse to triumph in the contest since Diamond Harry in 2008.

Six four-year-olds take their chance this year and will be receiving upwards of 14lb from Get In The Queue, who carries more due to his age and for having won twice already.

Alan King saddled three four-year-olds to win between 2009 and 2015 and came close to doing so again last year with Hotter Than Hell. Undeterred, the in-form trainer is back with her again this year.

Harry Fry, trainer of Get In The Queue
He’s very well and I’m looking forward to running him. This race had been the aim all season so when it came to making a decision about running here or at Cheltenham we decided to stick to Plan A. He’s got a penalty to carry but it looks the ideal race so I hope he can maintain his unbeaten record. The only thing I wouldn’t want to happen is for the ground to dry out too much.

Dan Skelton, trainer of Nimby
We’ve waited for this race as it was always where we wanted to go. It was a good debut from him and the ground should be just as he wants it. He’s got a penalty to carry and it’s a competitive race, but I’m happy with him going into it.

Kim Bailey, trainer of Prince Llywelyn
He’s a very nice horse but very much one for the future. He ran well at Ascot on debut, then won nicely at Wetherby second time. He’s a big horse, a chaser in the making, but I hope he can put in a good performance in what's a competitive race.

Oliver Sherwood, trainer of Donladd
He's been disappointing. He works really well but I think the penny hasn't dropped. I can't see him winning but the track will really suit and it wouldn't surprise me if he ran into a place.

Nicky Henderson, trainer of Fugitives Drift and Versatility
Versatility ran very green on debut but will know his job much better. Fugitives Drift is from a strong staying family so is sure to get further in time. We like him – he has a bright future.

Alan King, trainer of Hotter Than Hell
She didn't winter terribly well but has blossomed for some warmer weather and she stepped up on her first run back at Huntingdon to finish second at Doncaster, which should have put her spot on for this.

Nigel Twiston-Davies, trainer of Nye Bevan
It's his first run so it's just nice to get him out of the place, but it's tricky to know how he'll do. He goes nicely at home so we hope he can make a good introduction.

FIRST PUBLISHED 6:00PM, MAR 22 2019
We?ve been lucky enough to win the race for the last two years and I think we?ve got the right horse to run in it again this year

'No reason why he can't put up another good show' - key handicap chase quotes Tracks not expecting any issues for stellar cards on a super Saturday 'That's the real Metier' - Harry Fry relieved after Sovereign Hurdle success 'Eerie, spooky and magnificent' - Nicky Henderson's most magical of days Cheltenham Festival hope Might I set for potential clash against unbeaten Jonbon 'This has been on the radar for a long time' - golden oldies take centre stage