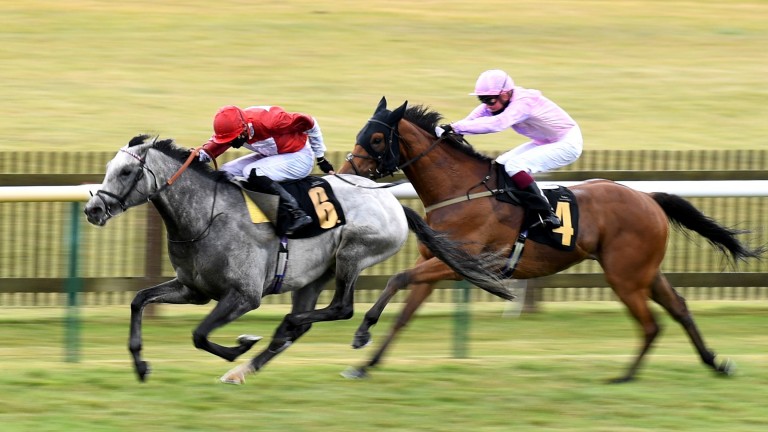 Holy Kingdom (left) and Severance line up for a rematch at Newmarket on Friday after this duel on the Rowley Mile last month
George Selwyn/Pool via Getty Images
1 of 1
By Bruce Jackson UPDATED 6:46PM, JUL 9 2020

Holy Kingdom has earned himself favouritism for this heritage handicap, having been a standout performer in trainer Tom Clover's impressive start to the campaign, and bids to complete a hat-trick here.

There are some forgotten horses both in the betting and from racecourse absences, not least Royal Ascot's 2018 Duke of Edinburgh winner Dash Of Spice, who was subsequently sent off favourite for the John Smith's Cup at York but has not run since.

The unexposed Sam Cooke was injured after impressing on his handicap debut when successfully stepping up to 1m4f on easy ground at Chester in May last year.

Mark Johnston fields a team of four, including last year's winning combination of King's Advice and Joe Fanning, although the six-year-old is the outsider of the stable's runners after failing to repeat his good run in the 2019 Northumberland Plate in last month's edition.

The Ryan Moore-ridden Themaxwecan is shortest of the Johnston runners in the betting ahead of Cape Coast, the mount of Frankie Dettori, and Star Of The East (PJ McDonald). 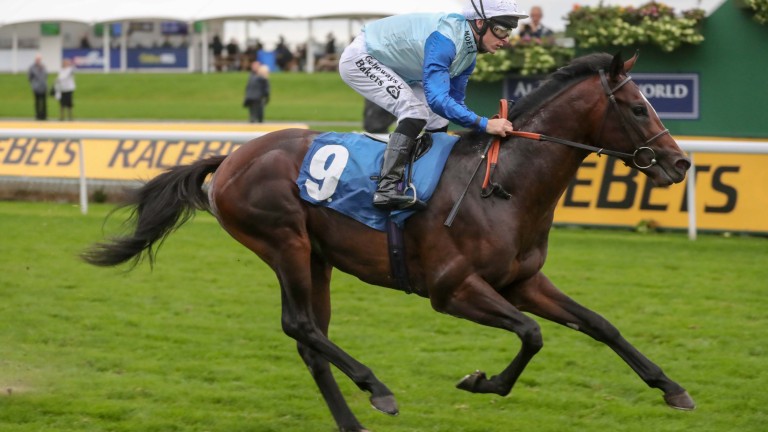 Saeed bin Suroor, trainer of Dubai Future and Dubai Horizon
They've both been working nicely on the watered gallop. We don't want it too soft but they should be okay with a bit of give. It's very hard to split them and there's not much between them at home. Hopefully they can both run well.

Charlie Appleby, trainer of Ghostwatch
His first run last month after an extended layoff was a little bit disappointing. He’s come on a little for that run and conditions are going to suit him, so I’d hope for a better performance and that we can get ourselves back on track.

Tom Clover, trainer of Holy Kingdom
It'll be his third run in five weeks but he seems to have taken it well and certainly deserves to take his chance. He's built up a lovely profile and I'm excited to run him. I think he's pretty versatile with the ground and he should handle conditions fine.

James Ramsden, managing director of Chelsea Thoroughbreds, owners of Sam Cooke
He has been ready to run for some time as we wanted to go back to Chester in May, where he won last year, and he has missed out on getting into two races at Royal Ascot and then the Old Newton Cup when the ground would have been in his favour. We'd have liked to start back over 1m4f but at least the rain has come in our favour.

Jack Channon, assistant trainer of Severance
He has really settled down this year after being gelded. He ran a cracking race first time against Holy Kingdom and we've got a 7lb pull at the weights with him. The track and ground will suit and we're hopeful he'll stay the longer trip as he's settling into his races this year.

Paul Nicholls, trainer of Christopher Wood
He won well at Pontefract last time after Megan [Nicholls] got him out of a pocket, winning quite nicely in the end. We thought we'd try him in a decent race and the trip, ground and everything else should suit him very well.

FIRST PUBLISHED 6:00PM, JUL 9 2020
It will be his third run in five weeks but he seems to have taken it well and certainly deserves to take his chance