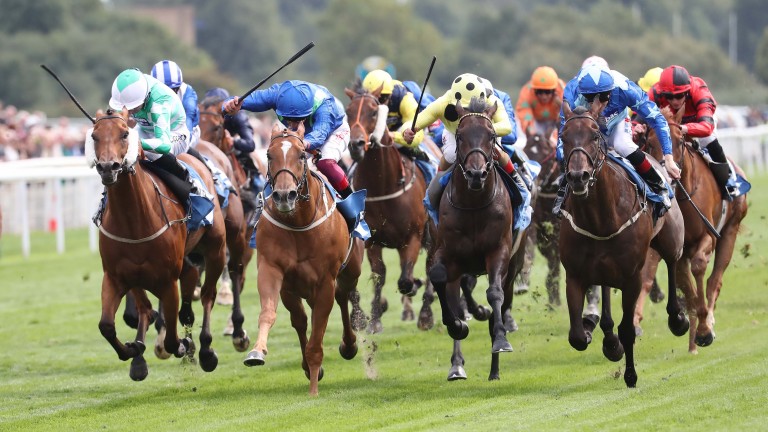 Twelve months ago Mark Johnston went where no other trainer in the history of British racing had been when sending out Poet’s Society to capture this race – the 4,194th time the trainer had saddled a horse to come home first.

The victory took Johnston out on his own as the winningmost trainer and he is back this year with Vale Of Kent, a close second in the Golden Mile at Glorious Goodwood last time, in an attempt to add another success to his gargantuan haul. 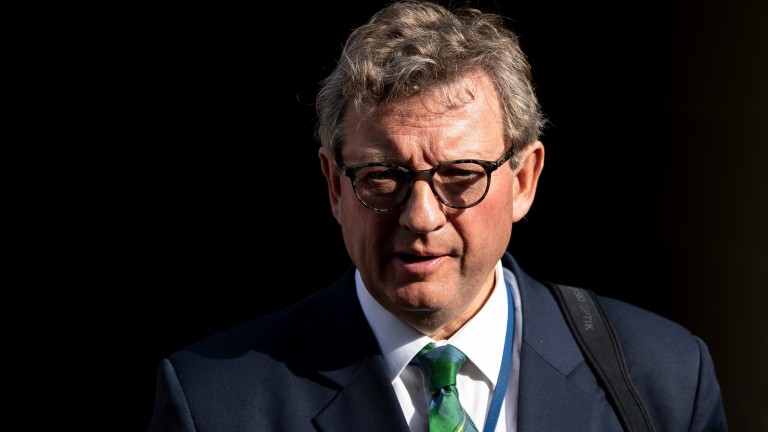 Unfortunately for Vale Of Kent, he has once again been hampered by a wide draw. The four-year-old was beaten only a length at Goodwood having started from gate 17 and on Thursday he is in stall 20.

Speaking after Vale Of Kent's narrow second last time, Charlie Johnston, assistant to his father, said: "He's a seven-furlong horse really but we thought we might get away with it here on this ground. He's having a good summer and I think York is a place we could get away with a mile."

Not a race for market leaders

York is known for the competitiveness of all its races, particularly the handicaps. As such, it should not necessarily come as a surprise that there have been no winning favourites of this mile contest in the last ten years.

Among the favourites beaten in this race are Mustashry (2016), Musaddas (2015) and Bronze Angel (2014), all horses who went on to register major victories after being beaten here.

Wide draw tough but not impossible

A wide draw is generally considered to be a disadvantage over a mile at York, yet results in the last ten years show it is not insurmountable.

Among the fancied runners with high draws this year are Vale Of Kent (20), Firmament (12) and Baltic Baron (17).

Jason Kelly, assistant to David O’Meara, trainer of Baltic Baron, Firmament, So Beloved and Waarif
Firmament loves the course so this was always the obvious race for him. He seems in really good order. The other three haven’t been blessed with great draws. Baltic Baron ran a good race at Goodwood and we’re happy with him. So Beloved blew the start at Goodwood and has had some stalls problems, but if he can get out then hopefully he can show some of the ability he still has. Waarif is a good, consistent horse and will put in a game performance if he gets into a decent position from his draw.

David Barron, trainer of Kynren
He’s spent a lot of his time running in these very good races and he always acquits himself very well, so we’re just hoping one of them falls his way one day. He was second in the race last year so we know he likes the race and the ground should suit him; it’s been too quick between Ascot and now.

Richard Hannon, trainer of Qaysar
He’s in good form but he's obviously gone up in the handicap as a result. We’re trying to strike while the iron’s hot with him.

Brian Meehan, trainer of Petrus
I think he’s got a great chance and he’s been consistent. We skipped Goodwood to come here, so we’re very hopeful.

You can now bet with bet365 on the free Racing Post iOS app, benefit from all the same offers as the bet365 app. Get our fastest ever free app here