Wells Farhh Go (near side) gets the better of James Garfield in last season's Acomb Stakes at York
Martin Lynch
1 of 1
By Scott Burton UPDATED 6:28PM, JUN 21 2018

As is the case with several of the three-year-old races this week, this pits those who may have fallen just short at Classic level against  promising types who are potentially Group class

Can Wells go far for Easterby?

Away from the Ballydoyle and Godolphin battalions there was quiet optimism at the beginning of the campaign surrounding last year's Acomb Stakes hero Wells Farhh Go.

A return to the Knavesmire resulted in a sixth behind Roaring Lion in the Dante, but trainer Tim Easterby still believes he has a talented colt on his hands and hopes Wells Farhh Go will relish the step up in trip.

"He's in very good form and looks better than he did when he ran in the Dante, when he looked a bit light beforehand," said Easterby. "I'm looking forward to him racing over further and I think eventually he's going to be a proper staying horse."

Given his breeding, the fact that Wells Farhh Go managed to pick up a Group 3 over seven furlongs at two might be seen as a bonus, although Easterby says his charge is far from slow.

"It was a bonus but he's always had speed – all good horses have speed – so it wasn't a surprise," said Easterby. "It would be nice to see him run well and do everything right."

Traditionally this race has not been kind for beaten horses in the Investec Derby, although the 2017 winner and runner-up had been to Epsom just under three weeks earlier.

Delano Roosevelt finished 11 and a half lengths behind Masar in sixth in the Derby having been well supported to fill the frame behind Ballydoyle first string Saxon Warrior.

Ryan Moore has sided with Delano Roosevelt over Rostropovich – who has yet to try a mile and a half and was five lengths adrift of Study Of Man in the Prix du Jockey Club – and Giuseppe Garibaldi, who won twice in the space of five days at the start of the month. 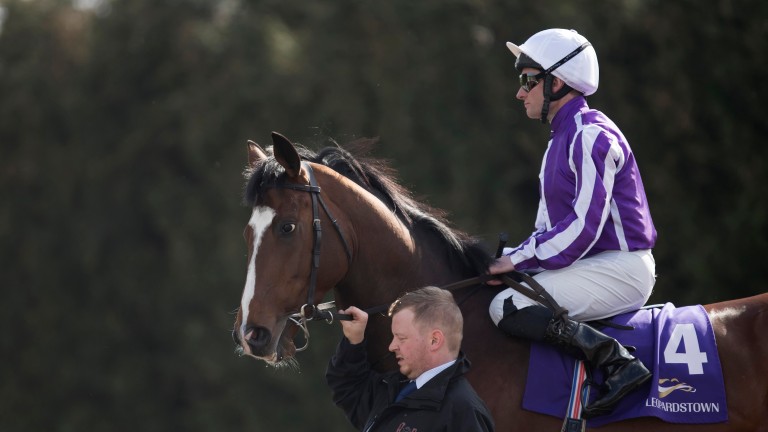 Aidan O'Brien said of his three candidates: "Delano Roosevelt ran quite well when sixth in the Derby last time and came out of the race well. We're happy with him.

"Giuseppe Garibaldi is progressive and has won his last two starts including a Listed race over the distance at Leopardstown.

"Rostropovich was a bit disappointing in the Prix du Jockey Club last time after winning well at Chester. We've been happy with him since Chantilly."

Will Raa again get the better of Elector?

Unraced at two, Raa Atoll had three runs in just under six weeks at the start of the season and has been kept for this by John Gosden having produced decent efforts to win at Nottingham and Leicester.

Partnered on all three starts by Rab Havlin, the son of Sea The Stars was two lengths to good for his Frankie Dettori-ridden stablemate Photographer on his most recent start.

"He's a progressive horse who stays well and wasn't stopping when scoring over the trip at Leicester last time," said Gosden. "It's a jump up in class but he deserves to take his chance."

Prior to that Leicester success Raa Atoll comfortably held Elector – who was conceding 7lb – in a 1m2f novice event.

That was a step forward for the Queen's son of Dansili and it may be significant that Sir Michael Stoute has the confidence to come straight here without a win this season, while the booking of James McDonald can also be viewed as a positive.

Ed Dunlop, trainer of Alternative Fact
It's his first time at a mile and a half and he's stepping up in class. He made the running in France but did too much, so we'll drop him in tomorrow and hope he'll run a good race. 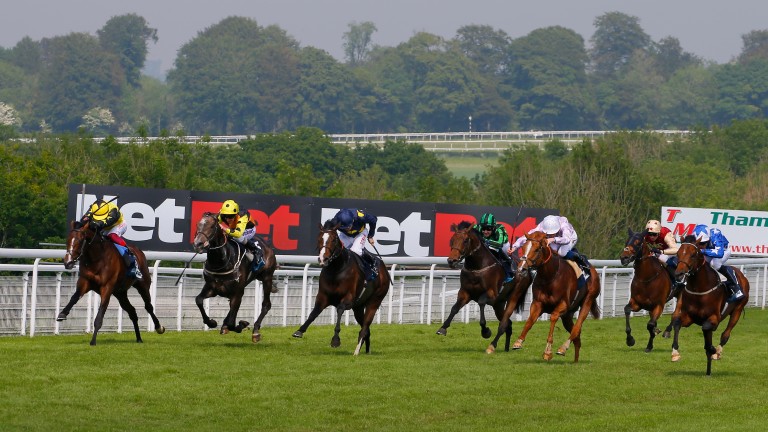 David Simcock, trainer of Highbrow
We were delighted with his first run at Newmarket but not so delighted with Goodwood. It was a muddling race where we were ridden quite aggressively and I think he might appreciate having something to follow. He's come out of the race well and is quite closely matched with Old Persian, so I'm looking forward to running him.

Charlie Appleby, trainer of Old Persian
He has a nice, progressive profile. He was second on his first start at Newmarket and then came out and won the Listed race. I feel that stepping up in trip is going to see further improvement. He brings a nice bit of experience to the table and the ground will suit him.

Read exclusive Royal Ascot previews from 6pm every day this week at racingpost.com/news

FIRST PUBLISHED 6:00PM, JUN 21 2018
I'm looking forward to him racing over further and I think eventually he is going to be a proper staying horse