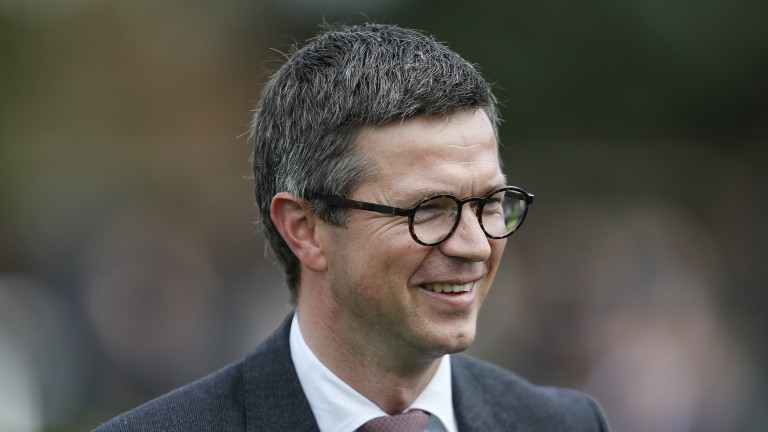 Roger Varian: has a good chance in the fillies' nursery with Stylistique
Alan Crowhurst
1 of 1
By James Stevens 6:00PM, SEP 11 2019

Newmarket-based trainers have taken three of the last four runnings of this valuable nursery prize and the betting suggests the Roger Varian-trained Stylistique is their leading contender.

She has been progressive in three starts, without winning, and ran well to finish fourth in a Group 3 at Goodwood last time. She was beaten that day by Boomer, who runs in the May Hill Stakes later on this card.

Charlie Sutton, racing manager for Varian, said: "She's improved with every run although I thought she was a bit unlucky at Kempton on her penultimate start. She ran well in the Prestige and travelled extremely well that day. The form has worked out well too.

"We feel the trip will be ideal for her at this point. We're looking forward to running her although 94 in a nursery is a tough mark to win off."

The daughter of Dutch Art got off the mark at the fourth attempt at Beverley last time, but had previously shaped well at a higher level and comes here as a leading contender. Ryan also runs outsider Barbarella.

Ryan said: "Galadriel is in good form and won nicely last time. This is another step up, it looks a good nursery, but she's in great shape. Barbarella would probably appreciate a bit more cut in the ground but she's also in great form."

Clifford Lee and Karl Burke teamed up to land this prize in 2017 with Ellthea and they combine forces with Insania here.

This race has tended to suit runners who have had more runs and this daughter of Gregorian has greater experience than her rivals, winning two of her seven starts.

Burke told his Weekender column: "This has long been the plan for Insania. She's in great form, won really well at Leicester last time and goes to Doncaster with a definite chance.

"She stays six furlongs really well and was doing all her best work in the last 100 yards at Leicester, so should be ideally suited by the extra half-furlong here."

Ed Vaughan, trainer of Ultra Violet
We dropped her back to five furlongs to get her to settle a bit better last time and she ran well to be third. It looks a tough race and she'll have to reproduce her debut form if she's to win this.

Ralph Beckett, trainer of Rosadora
She'll be suited by the step up in trip and the stiff track. We've had this race in mind for her for quite a while so hopefully she can run well.

Eve Johnson Houghton, trainer of Graceful Magic and Special Secret
They're both in good form and pretty closely matched – to be honest, I think they'll both go close. Special Secret is a real nice filly and wouldn't mind a drop of rain, the extra half-furlong and strong pace will suit her. Graceful Magic is really good and loves firm ground, she's a bit of a hostage to fortune as she needs a bit of cover and wants to come late. 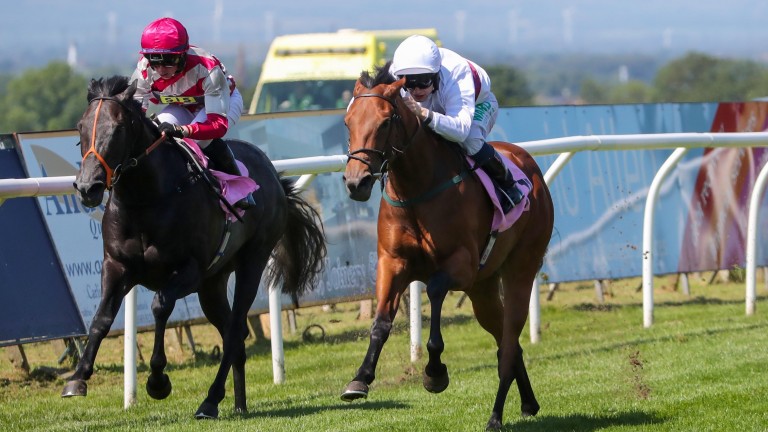 John Quinn, trainer of Keep Busy
I'm happy with her and I think if you take away her last run you would certainly give her a chance. She's in good form and I think the extra half-furlong will suit as she wasn't stopping over six. I think the ground will be perfect for her.

Mick Channon, trainer of Incognito
She's very consistent although she hasn't won. It's a competitive handicap but we'd be very hopeful.

FIRST PUBLISHED 6:00PM, SEP 11 2019
They're both in good form and pretty closely matched ? to be honest, I think they'll both go close