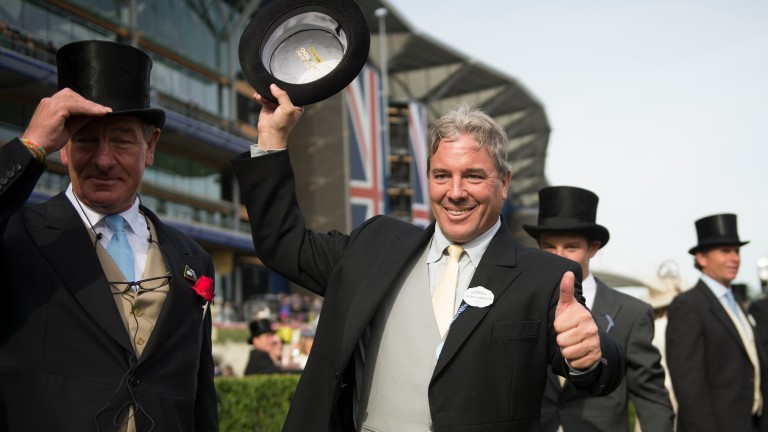 Oneof the most electrifying moments in recent Royal Ascot history came when Lady Aurelia routed the Queen Mary field by seven lengths in this race for Wesley Ward in 2016.

TheUS trainer is a regular visitor to the meeting, and his speedball juveniles are always exciting to watch, given their tendency to fly from the gatebefore trying to burn off their rivals with raw pace.

This year, Ward has two contenders with Anna's Fast and Kimari, who boast identical profiles with debut wide-margin victories at Keeneland.

The trainer finds the pair difficult to split and said: "I'm very happy with them, they're nice fillies. They won convincingly and this has been their target since winning in April.

"There doesn't seem to be any flaws or hiccups, they've had plenty of breezes on the grass at Keeneland and over here and I'm confident of them putting up a good showing."

Is Song the pick of Godolphin quartet?

Saeed Bin Suroor has not won the Queen Mary but has a golden opportunity to add the race to his bulging CV with favourite and course-and-distance debut winner Final Song.

That victory came on soft ground, and with rain forecast, conditions could be in her favour.

Bin Suroor said: "Final Song won nicely over this course and distance on her first start. She came out of that race in good order and any rain will help her chances.

"She has been going well at home and I'm very happy with her."

Unbeaten in two starts, most recently in a Listed race at the Curragh, Ickworth would be the first winner from a single-figure draw since Ceiling Kitty in 2012.

"Ickworth is in great form and has bounced out of her win at the Curragh," McCreery said. "We're just hoping the track misses the forecast rain on Tuesday night as we feel she will best suited by better ground.

"Travelling over to the UK will be a new experience for her, but she's a very relaxed filly, so I hope it won’t be a problem."

The Charlie Appleby-trained Divine Spirit and Theory Of Time, successful on debut at Windsor, complete the Godolphin quartet.

Appleby said: "We were pleased with Divine Spirit's first start and she looks to have come forward. She was behind the bridle a bit at Windsor before coming into the race strongly and has a nice way about her.

"Theory Of Time is dropping back in trip, but we don’t see it being a problem and she has sharpened up for her first run. She's a strong individual and we're looking forward to seeing how she gets on.

"James Doyle, who had the choice of which filly to ride, picked Theory Of Time and I would tend to agree with him."

She may possess a name not readily associated with the pomp and ceremony of the royal meeting, but Flippa The Strippa is not short of talent and landed Sandown's National Stakeslast time out. 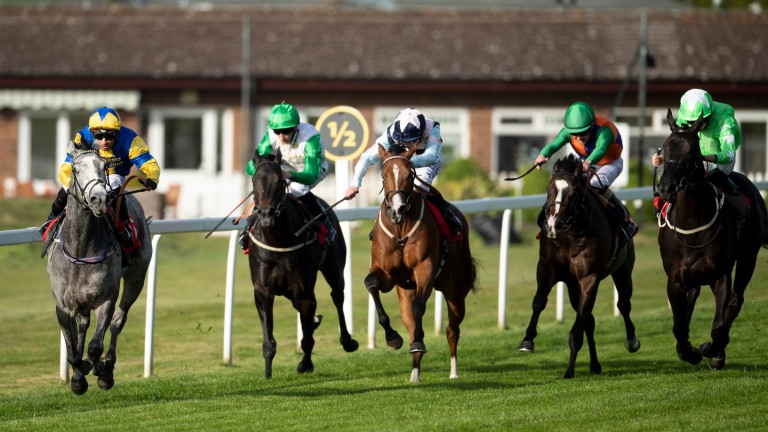 "The ground could be a bit of an unknown if the forecast is correct, however she’s a tough and talented filly who will do her best."

Richard Hannon, trainer of Kemble and Partridge
Kembleshowed a lot of speed to win at Windsor. This sort of race will suit her and I think she's improving and has a chance. Partridge has the ability to run a big race if she gets some luck.

Archie Watson, trainer of Lambeth Walk
She's a nice filly who has done nothing wrong and deserves to take her chance.

Aidan O'Brien, trainer of Love Bracelet and Tango
Love Bracelet wasn't beaten too far in a Curragh maiden and I would like to think she will improve for that experience.Tango won well at Navan and is a lovely filly.

Donnacha [O'Brien] was very happy with her there and she's been in good form since. Love Bracelet wasn't beaten too far in a Curragh maiden and I would like to think she will improve for that experience.

Andrew Balding, trainer of Shadn
She's a nice filly and we've always liked her. She deserves a shot and hopefully she'll run well.

Wesley Ward's pairAnna's FastandKimariadd further spice to an already intriguing renewal, with the latter likely to be the better equipped to cope with the Ascot turf.Divine Spirit, however, could prove the pick of Godolphin's Newmarket-based runners and gets the overall vote as well following her impressive debut in a good time at Windsor. She is drawn close to the Ward representatives so should be in the heart of the action.Tangois no forlorn hope for team O'Brien who went close in this race last year.Flaming Princess,IckworthandLiberty Beachare all unbeaten and also considered, especially the last named who impressed in landing the Hilary Needler at Beverley.

William Hill have a fantastic offer to cover all your bets at Royal Ascot today, to find out full details clickhere

FIRST PUBLISHED 6:00PM, JUN 18 2019
They've had plenty of breezes on the grass at Keeneland and over here and I'm confident of them putting up a good showing.

Gavin Cromwell planning Breeders' Cup date for Queen Mary star Quick Suzy 'There are no negatives' – 35-race Royal Ascot is a permanent fixture 'Hopefully he's not finished yet' - Rohaan continues his remarkable rise Doyle Force: Creative rider off the mark for the week as Appleby bags a 1-2 What we learned from day four of Royal Ascot A day when two big decisions had to be made - officials at Ascot got both right