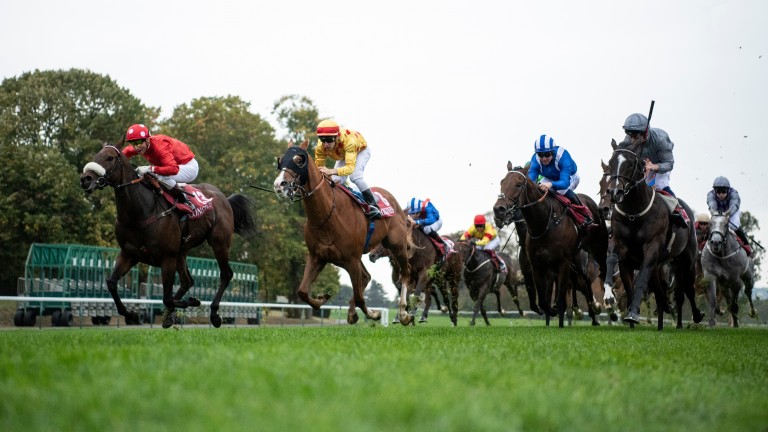 Mabs Cross (left): makes her seasonal reappearance in the Palace House Stakes, which she won last year
Edward Whitaker
1 of 1
By Maddy Playle UPDATED 7:34PM, MAY 3 2019

Mabs Cross holds a big place in owner David Armstrong's heart. Hailed as the best mare he has ever owned, Armstrong bred her out of Listed winner Miss Meggy, the first horse he purchased, and she memorably climbed the ranks to Group 1 glory last season.

The five-year-old is back for more this campaign and aims to emulate the fabulously fast Sole Power in winning successive editions of the Palace House, with Armstrong excited ahead of her seasonal reappearance.

"She came home to Highfield Farm a few days after her win in France and was with us until the end of January.

"Michael and Paul [Mulrennan] say she's strengthened up, and although she could be better in her coat that's just due to the weather." 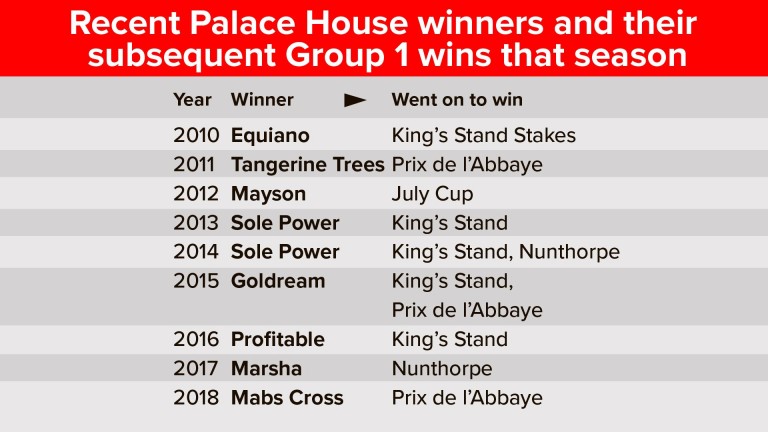 For all she gained a deserved first Group 1 in the Prix de l'Abbaye last year, it was far from a straightforward season and Armstrong recalls her agonisingly narrow defeat to Alpha Delphini in the Nunthorpe as "very, very hard to take".

The aim will be to atone for that defeat this season, with the Temple Stakes, which Armstrong sponsors, the next port of call prior to Royal Ascot.

Sergei Prokofiev proved he was an out-and-out sprinter when swooping from the rear to take the Cornwallis Stakes over this course and distance at the end of last season and returns to Britain following a stylish victory in the Cork Stakes.

Third to Calyx and Advertise in the Coventry at Royal Ascot last year, the three-year-old is currently as short as 10-1 for the King's Stand and 12-1 for the Commonwealth Cup over six furlongs. 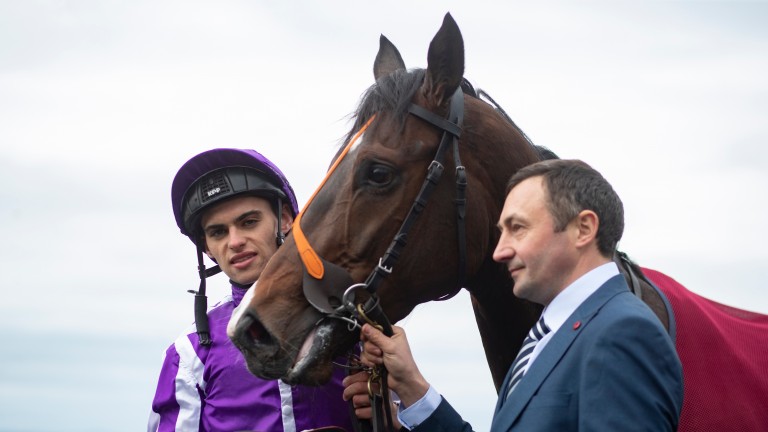 Donnacha O'Brien poses alongside Sergei Prokofiev after winning the Cork Stakes
Patrick McCann
Aidan O'Brien, who has yet to win the Group 3, said: "He's a very fast horse and five furlongs is his trip. He won nicely on his return at Navan and loves fast ground."

Can Equilateral deliver dropped in trip?

Equilateral has been a somewhat frustrating horse to follow since he burst on to the scene with a showstopping display at Doncaster last May, but his trainer Charlie Hills believes the step back to five furlongs could allow the four-year-old to show his true colours.

He was beaten two and a quarter lengths when fourth in the Abernant Stakes behind Keystroke at this track over six furlongs last time.

Hills said: "We're looking forward to dropping him back to five furlongs. They went very fast last time and he showed plenty of pace, he travelled beautifully and came down the hill well before weakening.

"He's still inexperienced compared to a lot of the top sprinters. He's very professional at home and I think he's moving as well as he ever has."

John Quinn, trainer of El Astronaute
He ran very well at Musselburgh under a penalty. He's definitely worth a go at this level and this will tell us more. Last year was his best year and his comeback was as good as any run last season.

Steve Brown, husband and assistant to Julie Camacho, trainer of Judicial
He's wintered well and we're happy with his work. It looks a tight race so he'll have to be at his best. He has solid course-and-distance form and we hope the ground stays fast as that's his preferred conditions. We're hopeful without being confident. 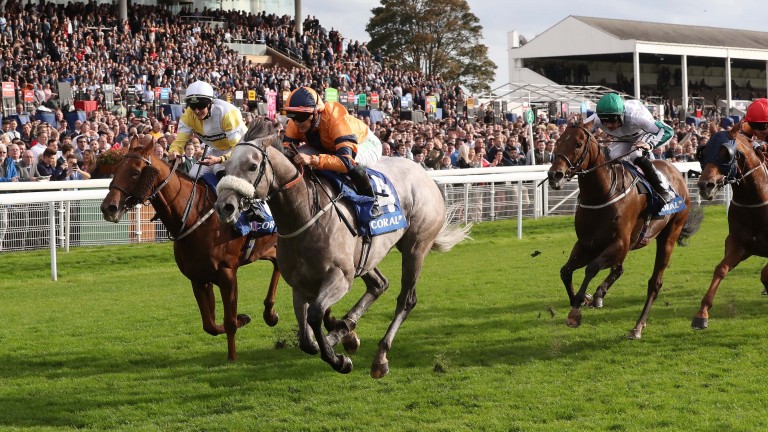 Major Jumbo (grey) pleased on his return behind Invincible Army
JOHN GROSSICK (RACINGPOST/PHOTOS.COM)
Kevin Ryan, trainer of Major Jumbo
He ran really well on his comeback and we're dropping him back to five furlongs. It's a step up in grade but we've always thought a lot of him.

Paul Midgley, trainer of Tarboosh
He did nothing wrong last year – all he did was progress. This race will tell us whether he's a good handicapper or can mix it at Group level. He's got to improve but he has a high cruising speed and he's got a kick off that. He's got all the attributes of a decent horse. He always takes a run and I thought he ran brilliantly up at Musselburgh on ground that was plenty quick enough for him – any rain would be gratefully received.

FIRST PUBLISHED 6:00PM, MAY 3 2019
He's very professional at home and I think he's moving as well as he ever has