Key punting pointers and quotes for this unique stamina test 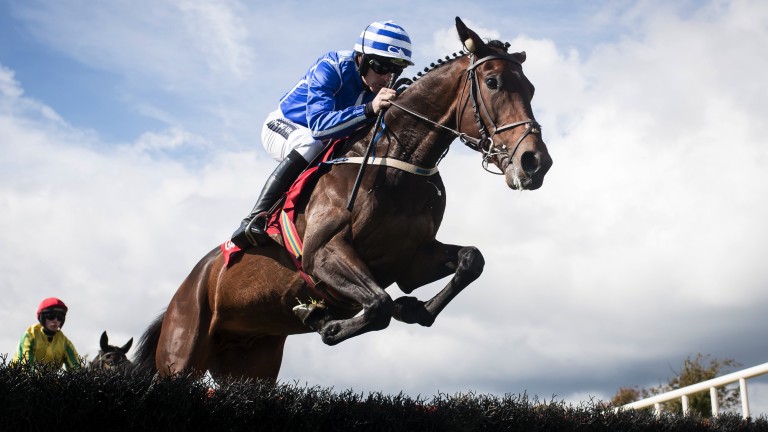 Jumps trainers have celebrated victory in the last eight renewals of this unique stamina test and Willie Mullins will be hoping history repeats itself as he saddles five runners.

Owned by Brighton FC chairman Tony Bloom, Stratum has not run on the Flat since joining Mullins from John Gosden for 160,000gns and most recently finished fourth over hurdles at Ballinrobe last month.

Ryan Moore has won this race for Mullins three times in the last six years and rides the O T I Racing-owned Chelkar, who makes his debut for the yard after joining from Jean Claude-Rouget.

Mullins said: "Chelkar hasn't run since October 2016 and is having his first run for us. He'll handle the ground and we think he'll stay.

"Whiskey Sour has a lot of weight and will be going the distance for the first time on the Flat. He's well and we're hoping he'll stay, while Lagostovegas will like the quick ground and should stay.

"Stratum has run a few times over hurdles for us. He'll like the ground and, while we can't be sure, we think he'll stay.

"We don't see stamina being an issue for Meri Devie, who won a valuable handicap hurdle over the trip at Punchestown last time."

The Ascot Stakes has been a happy hunting ground for trainers better known for their jumpers . . .

Lion may tame rivals for King

The five-year-old was a neck second to the reopposing Look My Way in the Chester Plate last month and it is worth noting that, following that effort, he remains with King after going through the sales ring at Doncaster.

He was purchased by Stephen Kemble Bloodstock for £110,000 and switched ownership from the Barbury Lions to the Barbury Boys.

In a similar vein to the majority of the 20-runner field, Coeur De Lion must prove he stays the trip, over which he has disappointed in two hurdling runs.

There was plenty of encouragement to take from Dannyday's return from a near two-year break at Goodwood last month and he appears a leading contender.

The Sir Michael Stoute-trained six-year-old landed the Northumberland Vase at Newcastle in June 2016 before a prolonged period on the sidelines, but the manner in which he kept on to finish fourth over a mile and six furlongs on his reappearance suggested there may well be more to come. 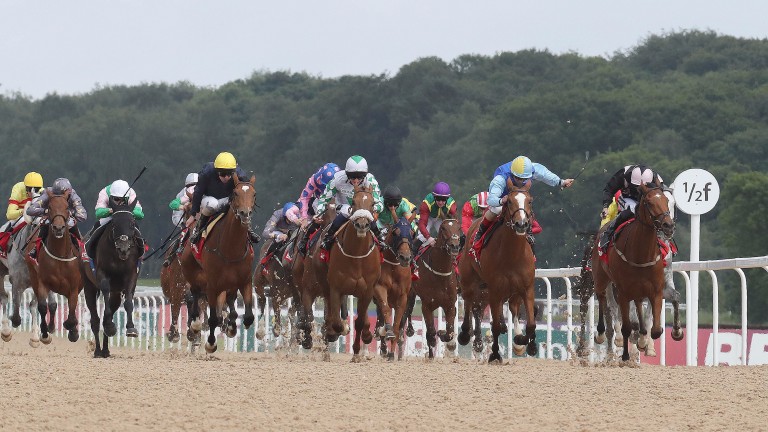 Dannyday (left, yellow cap): won the Northumberland Vase at Newcastle in June 2016 and returned to action at Goodwood last month
John Grossick
The son of Dansili, owned by Sir Evelyn De Rothschild, could step up on that effort over this extreme distance, which rider Pat Dobbs feels will favour the lightly-raced handicapper.

Dobbs said: “He ran a nice race off a long break last time, staying on well to the line, and I’m sure this trip will suit him.

Richard Newland, trainer of Hassle
He's the old man of the party and whether he's quite up to this level remains to be seen, but he's in nice form at home. He ran in the race two years ago but came back with a problem so that run can be discounted.

Karen McLintock, trainer of Dubawi Fifty
I’m excited about running him and hopeful he’ll run well. He’s done nothing wrong so far and ran a super race at Chester. I've no qualms about him staying the trip, and the track will definitely suit him. We could have done with a bit more rain, but we’ll just have to take it as it is.

John Quinn, trainer of Look My Way
It was a very good performance at Chester and I feel he’ll stay. He’s in very good form and I’m hopeful of a good run. He’s won on good, soft, heavy and the all-weather, so I can’t say he wants a certain surface any more than another.

Andrew Balding, trainer of Cleonte
He didn't excel in the race last year but he's been a very different horse since he was gelded and has run two solid races this year on different types of ground. The distance shouldn't be a problem.

Jamie Osborne, trainer of Sam Missile and Battalion
This has been the plan for Sam Missile since his course win. I was quite impressed with him last time, the trip is in his range and there's a chance he might still be reasonably handicapped. Battalion is running over twice as far as he has for us, but he's by Authorised and not getting any younger. He's always had tons of ability.

Charlie Appleby, trainer of White Desert
He has a progressive profile and the step up to a mile and six furlongs last time produced a decent level of improvement. I’m hopeful he can improve again over this trip, he’ll love the quick ground and could be an interesting runner off a nice, low weight.

FIRST PUBLISHED 6:00PM, JUN 18 2018
Stratum will like the quick ground and while we can't be sure we think he'll stay