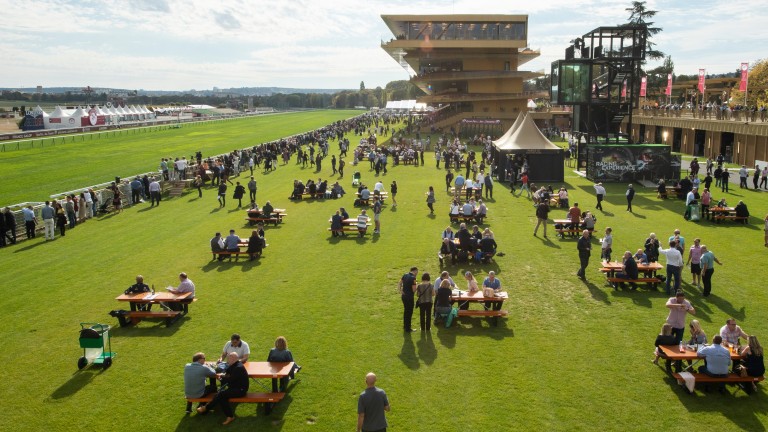 The scene at Longchamp on the opening day of the Arc meeting
Edward Whitaker
1 of 1
By Tony McFadden UPDATED 9:36AM, OCT 7 2018

Few races capture the imagination quite like the Qatar Prix de l'Arc de Triomphe and the anticipation for this year's contest – particularly among the large travelling contingent from Britain – has only been increased by the return to Longchamp.

Frankie Dettori and John Gosden combined with Golden Horn to win the last Arc staged at Longchamp before the redevelopment and they will carry the hopes of many punters with Enable – the 2017 Chantilly heroine.

Red-hot favourite Enable faces a strong challenge from the likes of Yorkshire Oaks winner Sea Of Class and dominant Prix Foy scorer Waldgeist in what promises to be a fascinating race (3.05).

There are plenty of other champions competing on a star-studded card featuring six Group 1s. Battaash bids to retain his Prix de l'Abbaye (4.25) crown, while Wild Illusion heads a strong British challenge in the Prix de l'Opera (3.50).

Don't forget that Tipperary stages its best meeting of the year, with the mixed card featuring three Grade 3 contests and one Group 3, while in Britain Uttoxeter and Kelso host jumps fixtures.

Listen to our expert panellists discuss the Arc.

Need further inspiration? Members can get the views of Pricewise.

Read in-depth previews of all six Longchamp Group 1s, including the Arc.

There is no doubt Enable is a superstar, but so too is Winx, the Australian wondermare who made it 28 wins in a row on Saturday. Read David Baxter's report of her stunning victory.

Here is everything you need to know about Longchamp and the history of the Arc.

Liverpool and Man City clash at Anfield in what could be a season-defining match. Get Mark Langdon's verdict.

Arsenal travel to Craven Cottage to take on Fulham and James Milton is expecting Arsenal's great run to continue in an entertaining game.

Who will prevail between Southampton and Chelsea? Aaron Ashley's offers his view.

It's great that last seasons's Arc winner Enable was kept in training after such a spectacular campaign. Her presence adds so much to this year's race.

FIRST PUBLISHED 7:59AM, OCT 7 2018
It's great that last seasons's Arc winner Enable was kept in training after such a spectacular campaign. Her presence adds so much to this year's rac