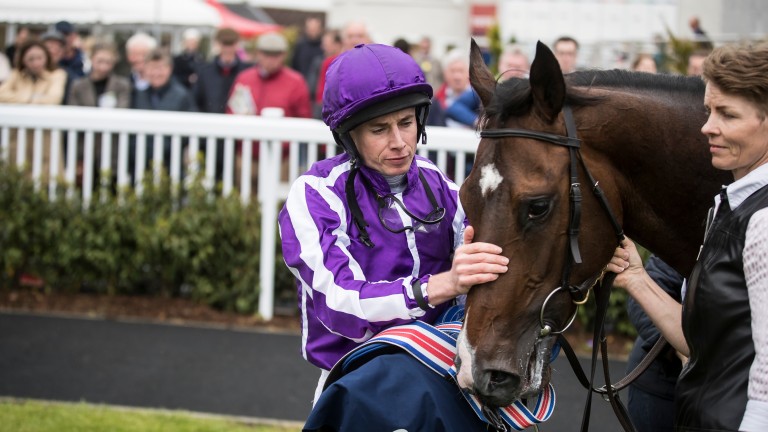 Sergei Prokofiev and Ryan Moore: a strong team in the Coventry
Patrick McCann
1 of 1
By Scott Burton UPDATED 9:14AM, JUN 19 2018

Prokofiev out to star for Ballydoyle maestro

With eight victories to his name in the race, the art of spotting Aidan O'Brien's 'one' for the Coventry has become a major spring preoccupation of many punters.

Certainly those taking the 1-2 about the Ballydoyle maestro ending the week with a ninth leading trainer award at the meeting will be hoping that, with perhaps a few less established stars as normal to lead the line at Ascot this week, O'Brien has some serious talent in the juvenile ranks.

Sergei Prokofiev, a son of the late Scat Daddy, reduced his debut defeat at Dundalk to a distant memory with two wide-margin successes on turf at Navan and Naas, both over five furlongs.

"It will be Sergei Prokofiev's first time over the trip and we're looking forward to it," said O'Brien. "He's a big, powerful colt who won his last two races well. He seems in good form."

O'Brien tested the water with British-trained juveniles when sending The Irish Rover to contest races at Ascot – where he was turned over at 1-7 – and Newbury, where the son of No Nay Never looked better the further he went having looked briefly tapped for speed.

O'Brien added: "The Irish Rover won nicely over the distance at Newbury. He's stepping up in class but we're happy with him."

Calyx made a huge impression when providing his freshman sire Kingman with a first winner at Newmarket ten days ago and is sent into the deep end by John Gosden, a trainer not known for recklessly overfacing his two-year-olds.

Out of Helleborine, herself a champion juvenile for Criquette Head, Calyx strode five lengths clear of his rivals under a motionless Robert Havlin over six furlongs at Newmarket. 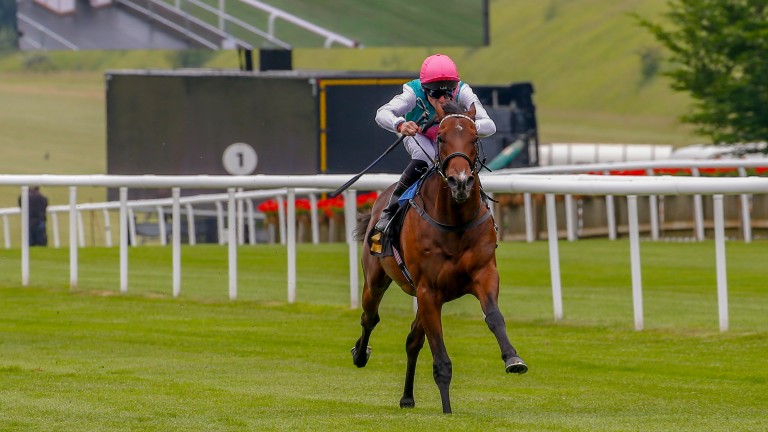 The only horse in sight... Calyx made a big impression on debut at Newmarket ten days ago
Mark Cranham (racingpost.com/photos)
Some may carp that the time was nothing special, but Calyx was barely extended in the closing stages and it is significant connections have decided to roll the dice again so quickly.

"It's a quick turnaround from his debut win at Newmarket but he's come out of it in good form," said Gosden.

"He was well behaved at the gate that day, having not been straightforward in the past, and he's a talented horse if not very experienced.

"He's drawn high in 22 but no-one knows the impact of that until the stalls open, but it does tend to be slightly slower under the stands' rail, where it's shaded by the grandstand."

Martyn Meade, trainer of Advertise
To go from last to first on his debut was pretty impressive, albeit we didn’t have him completely wound up. I think he’s come on really well from that race and I've been staggered with the way he's progressed. Just looking at him now he's a much stronger horse than a month ago – he's blossomed. I'm pretty confident he'll run a big race. He has a great body on him with a wonderful rear end. He also has a wonderful mind.

Richard Spencer, trainer of Alfie Solomons
He was fourth first time up in a Newbury maiden and the first three all line up here. He took a step forward and won at Newcastle. He came out of the race well and has a very good chance at a big price.

Brian Meehan, trainer of Boa Nova
He fulfilled the promise he'd shown at home by winning at the first time of asking at Bath. This will be, as always, an extremely competitive race, but he's continued to improve in his work and we're looking forward to running him.

Saeed Bin Suroor, trainer of Burj and Dubai Legacy
They're nice colts and have won well. They look to have improved since and the trip will suit them. Dubai Legacy won on soft ground at Doncaster but a sound surface should favour him. On what we've seen so far I don't think there's much between them.

Richard Fahey, trainer of Cosmic Law, Ninetythreetwenty and Vange
Cosmic Law has had three quick runs so we haven’t done a lot of fast work but he had a blow the other day and we’re delighted with him, he seems in great order. We’ve no problems with the stiff six and I'd have loved to have run him in the Chesham were he qualified. Vange hasn’t done anything wrong, we’ve been very pleased with him and he’s progressing along well. Ninetythreetwenty would probably go seven furlongs as well but the Chesham is reserved for stamina-bred horses. But he’s done nothing wrong, he’s two out of two and beat Cosmic Law first time out, so the form is rock solid. 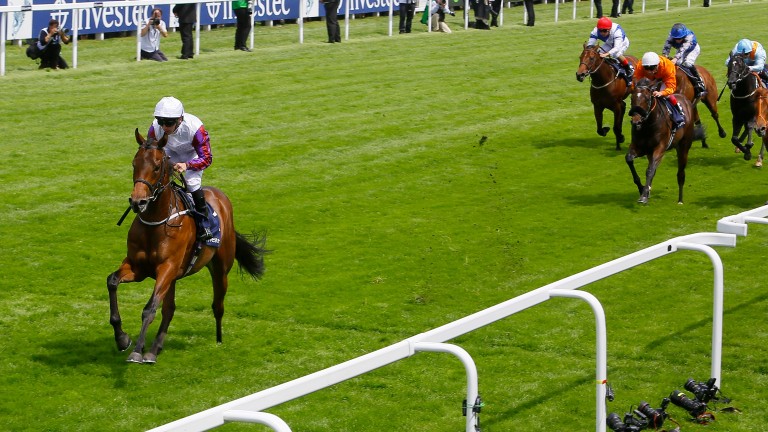 Richard Hannon, trainer of Fox Champion
I think he's got a very good chance, I'm very pleased with him. I think he's a really nice horse, but he'll need to be.

John Hayden, trainer of Gee Rex
It's like David and Goliath. We're at the bottom of the stabling yard looking straight across at Lady Aurelia – I hope they fall in love and that she whispers inspiration for the Coventry in his ear! He's come on a good bit since his Curragh run and we have the right man on board [Jamie Spencer]. He's travelled over super, has a good draw where the speed of the race will be, and if they go fast enough we'll pick them up in the last furlong. He's a super individual, mentally and everything else. He's 100-1 and I'll be having a few quid on him.

Clive Cox, trainer of Getchagetchagetcha
He won well at Ascot first time up over five furlongs and we've been pleased with his work since. I'd imagine he'll stay further in time, but he had enough speed to win at five so this should be ideal for now.

Jessica Harrington, trainer of Indigo Balance
He's drawn on the stands' side and I think that'll be all right for him because there'll be some good horses beside him who can drag him along into the race. It's a big jump forward from his debut run but I think he's good enough to go.

Joseph O'Brien, trainer of No Needs Never
He's in the sale on Monday night but we've been happy with him at home. He ran a cracking race on his debut at Cork. It's a very competitive race but we're hoping he can run into the prize-money.

Charlie Hills, trainer of Pogo
I think he's a big price. The horses he beat [Burj and Alfie Solomons] on his debut at Newbury are much shorter prices, as is Martyn's horse who won [Advertise]. He was second on ground he didn't enjoy and the horse who beat him is well fancied for the Albany.

Burj could tower over Coventry rivals

The operation bred three winners at the royal meeting last year with Benbatl and Sound And Silence carrying the royal blue. Godolphin homebred Burj, who saw off Australia filly Aussie View by a comfortable six lengths at Wolverhampton earlier this month, would appear to hold a live chance in the Coventry.

The Dansili colt is out of the high-class Lonhro mare Dysphonia - making him a half-brother to this year’s Nell Gwyn Stakes scorer and 1,000 Guineas sixth Soliloquy - and he received a significant form boost when the latter hosed up at Doncaster on Sunday.

Interestingly, the past three winners of the Coventry Stakes all recorded wins on the all-weather before triumphing at Ascot - Buratino opened his account at Chelmsford, Caravaggio won on debut at Dundalk and Rajasinghe recorded a smooth four-length success at Newcastle.

Four Coventry runners - Boa Nova, Gee Rex, Ninetythreetwenty and Shine So Bright - are due through the ring at the Goffs London Sale on Monday evening. Check racingpost.com/news for any change of connections or running plans

FIRST PUBLISHED 6:00PM, JUN 18 2018
We're looking straight across at Lady Aurelia - I hope they fall in love and that she whispers inspiration for the Coventry in his ear!