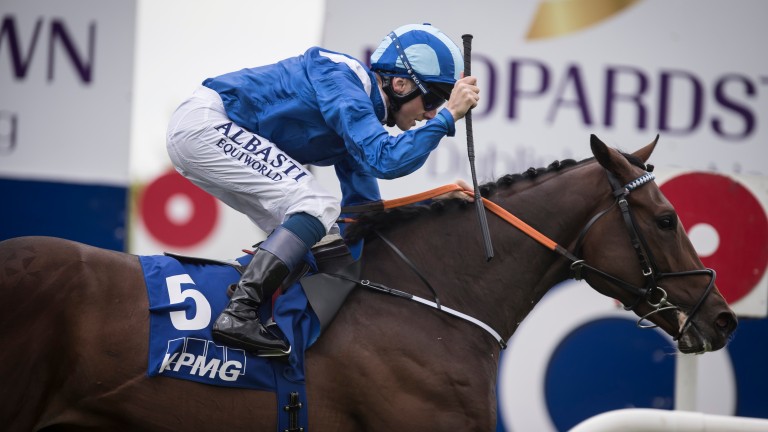 Madhmoon, who stayed on to finish fourth in the 2,000 Guineas at Newmarket last Saturday, will be aimed at next month's Investec Derby.

Trainer Kevin Prendergast said on Wednesday: "Madhmoon came out of his Newmarket race well. I couldn't be happier with him. We’ve had discussions about plans and the boss [owner Sheikh Hamdan Al Maktoum] is keen on running him at Epsom.

"The Derby rather than the Irish 2,000 Guineas is the plan unless there is a change of heart in the next week or so."

Unbeaten in two starts over a mile last season, Madhmoon finished second in the Leopardstown 2,000 Guineas Trial on his reappearance last month before being beaten four and a half lengths by Magna Grecia in the Newmarket Classic.

The son of Dawn Approach will be Prendergast's seventh Derby runner and his first since 1996. He trained Ragapan to finish fifth in 1973 while Lordedaw filled the same position in 1977.

Madhmoon is a general 14-1 shot for the Epsom Classic in a market headed by the unbeaten Too Darn Hot, who is 4-1.

FIRST PUBLISHED 5:39PM, MAY 8 2019
We?ve had discussions about plans and the boss is keen on running him at Epsom