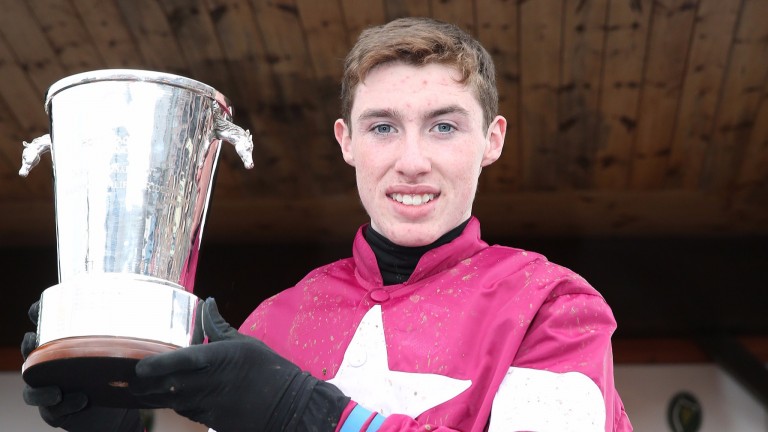 Jack Kennedy: was sitting second in the jockey's championship before his injury
CAROLINE NORRIS
1 of 1
By By Cathal Gahan 2:51PM, NOV 10 2016

Jack Kennedy has resumed riding work as he continues on his road to recovery having suffered the misfortune of fracturing his right leg twice in the space of a month.

The 17-year-old enjoyed a dream beginning to the season and is sitting second in the jockeys' championship on 41 winners. However, he had a fall at Downpatrick in September and had been back only a week when he suffered a recurrence of the injury at Thurles on October 20.

Kennedy said: "I was with the doctor [Paddy Kenny] on Tuesday and he gave me the all clear to start back riding out. I won't be back race-riding for another two weeks though.

"The plan is to start out slowly and try to build my leg up. It was frustrating because I was out for a month and back for only a week when I broke it again."

Kennedy is one of a number of high-profile jockeys on the sidelines, including fellow Kerryman and Gigginstown House Stud number one Bryan Cooper who gave an update on his progress after fracturing his arm at Fairyhouse on October 8.

Cooper said: "I'm going back to Blanchardstown to visit Paddy Kenny on Tuesday and he will tell me how far off I am. I never had a cast; they pinned a plate with five screws. I've been over at Santry for a hour to an hour and half three days a week to keep myself fit and build the arm up."

There was also a positive update from Andrew Lynch, who has been out action since fracturing his right arm in a fall on August 28.

"I was in with the surgeon at Blanchardstown on Tuesday," Lynch said. "He's a lot happier and I go back to him on Tuesday week. I need to build my arm back up and I'm doing plenty of physio and swimming. It was a complicated break in and around the metalwork of a previous one."

It's getting a bit frustrating now and I'm missing plenty of nice rides, but hopefully I'll get better news in a fortnight."

FIRST PUBLISHED 2:34PM, NOV 10 2016
It was frustrating because I was out for a month and back for only a week when I broke it again