Kempton hopeful good will be in the description for Saturday's fixture 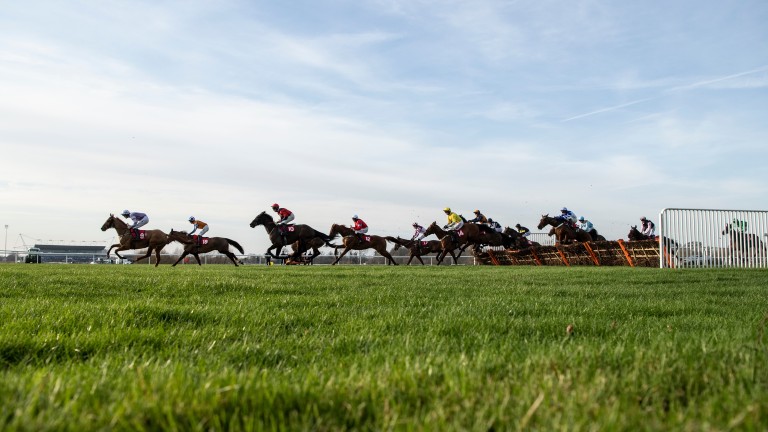 A word in the going report that has become almost extinct in the face of Storms Ciara and Dennis could feature in the description for Kempton's big-race card on Saturday.

Meetings around Britain have been run on soft and heavy ground following the recent deluge, but the Sunbury track is hopeful of 'good' conditions in part at least come the weekend.

The track hosts one of its best fixtures at the weekend and the classy card, often used as a late stepping stone to the Cheltenham Festival, has been boosted by the rescheduling of the Betway Kingwell Hurdle, which was lost when Wincanton was cancelled last week.

Kempton's clerk of the course Barney Clifford described the going as soft, good to soft in places on Thursday, and said: "I'm hoping some good can stick around for Saturday. There's a band of rain pushing through today and we're forecast about 5mm, but tomorrow is a drying day by all accounts and then a risk of showers on Saturday.

"I think we've got high winds again, but nothing like we've experienced the last few weekends. I think it'll be blustery but we should be fine."

A linear decompactor has been deployed to help create that sounder surface.

"It's something we've always used at Kempton and it kind of speeds up the drying process," Clifford added. "You can't use it on all soil types. It just gets a bit of air in, helps the grass grow and once that starts to happen it absorbs the moisture.

"We're lucky we can use it at Kempton, but other tracks – clay-based ones – wouldn't be able to use it." 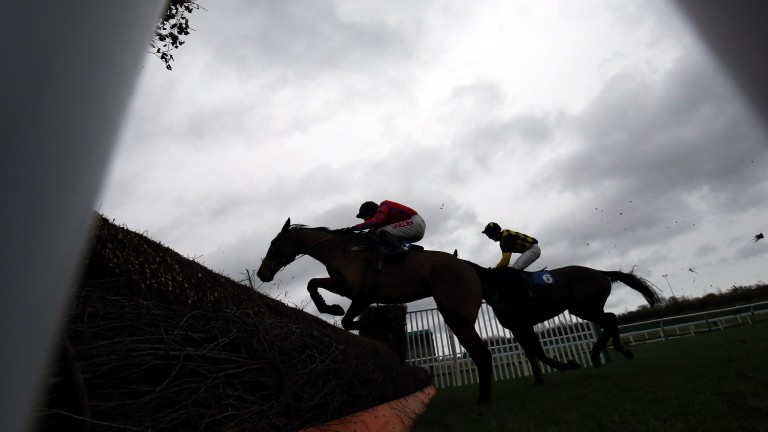 The going at Newcastle was described as soft, heavy in places on Thursday afternoon, when clerk of the course James Armstrong said: "At the moment we're pretty optimistic we should be fine. We were forecast rain all day yesterday and didn't get any at all. We've had 2mm this morning, which is clearing away now, moving off to the east.

"We're overcast, there's some sun in the distance, but it's not raining now and we were forecast 2-4mm today, but it looks like the worst of that has gone.

"Tomorrow we could catch some more showers – 5mm possibly – but if the forecast is correct we should be fine, although the ground may ease further from soft, heavy in places, probably switching to heavy, soft in places or something like that."

The £80,000 Eider has been extended by a furlong to 4m1½f following a consultation process that resulted from the fatal first-fence fall of Baywing 12 months ago.

"The sighting of the first fence had proved fairly problematic since we injected more cash into the race and ended up with more runners," Armstrong went on.

"We tend to get between 16 to 18 runners and the first fence was on a bend, but not particularly well sighted, so we've taken it back and widened what will now be the first fence. It gives them a 100-yard run-in, a wide fence and they're not running into a bend.

"Having spoken to jockeys and trainers, they were all in favour of it and it should just ensure a safer first obstacle."

Exeter, which has been battered by the storms for the last two weeks, is set to go ahead on Friday, but Warwick's meeting that afternoon is subject to an 8am inspection due to the threat of rain.

An 8am inspection on Friday has also been called for Saturday's card at Chepstow. The track was waterlogged in places and unraceable on Thursday.

Additional jumps fixtures have been scheduled by the BHA for next week at Market Rasen on Wednesday and Musselburgh on Thursday.