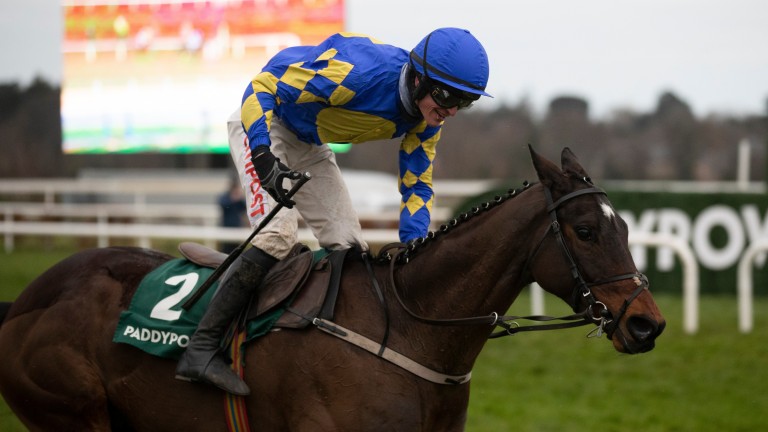 The insatiable Willie Mullins secured an 11th Irish Gold Cup courtesy of another gallant front-running turn from Kemboy, in the process enhancing the all-conquering yard’s prospects of plundering a third successive victory in the Cheltenham Gold Cup.

However, in a twist that is indicative of the impression that the 35th running of the Leopardsown Grade 1 might not have been a vintage one, it is the prospects of a horse resting at home in his stable at Closutton that appear to have been inadvertently bolstered.

Al Boum Photo didn’t participate in Sunday's €200,000 showpiece, but Minella Indo, who had been pitched as the emerging star and was sent off the 13-8 favourite, failed to live up to expectations with a tame submission to finish fourth, a blunder two-out when he was on the shoulder of the winner ending his chance of winning.

Delta Work, who, like Minella Indo, had exited early in the Savills Chase at Christmas, salvaged some of his reputation with a staying-on third on drying ground which Gordon Elliott suggested didn’t see him to best effect.

It was left to Delta Work’s ten-year-old stablemate The Storyteller to chase home Kemboy, but he won’t even run in the Gold Cup, with the Stayers’ Hurdle now on the agenda ahead of a tilt at the Grand National. 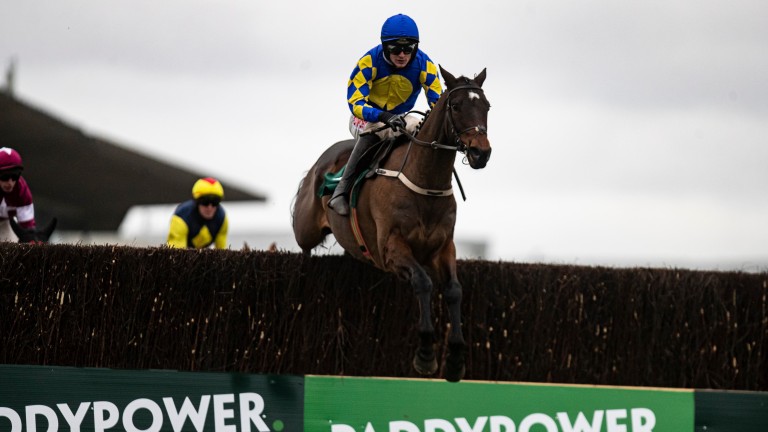 Kemboy: has the option of the Stayers' Hurdle at the Cheltenham Festival
Patrick McCann (racingpost.com/photos)

Intriguingly, the Stayers’ is also a possibility for Kemboy, who returned at odds of 11-4 in landing his fourth success at the highest level.

Mullins suggested he may even skip Cheltenham altogether and head straight for the Betway Bowl at Aintree, a race he won emphatically in 2019. That tells a story, not least of the sheer depth of firepower he has at his disposal.

“He is entered in the Stayers' Hurdle and the Gold Cup,” Mullins revealed of the winner, who is owned by a syndicate headed by Brett Graham and Ken Sharp following the Supreme Racing combustion in 2019, and was scoring for a first time since sending Ruby Walsh out in a blaze of glory at the 2019 Punchestown festival.

“His record over fences at Cheltenham is a little bit average, so the Stayers' is not out of the question, and skipping Cheltenham and going straight to Aintree is another option. We know he likes it there.”

Paddy Power, who were sponsoring the Irish Gold Cup for the second year, trimmed Kemboy to 10-1 from 14-1 for the Cheltenham equivalent, before then clipping him to 16-1 from 25-1 for the Stayers'.

In extending Mullins’s remarkable record in Sunday’s three-mile affair, the nine-year-old made all and for the most part jumped with aplomb under Danny Mullins, who stepped in after Paul Townend opted to ride stablemate Melon. Townend’s selection failed to reproduce his usual consistency in defeat, the experimental hold-up tactics not playing to his strengths.

InKemboy, though, the champion trainer had yet another ace up his sleeve, with the drying ground, officially soft on the chase course, helping him to go one better than he had done when second to Delta Work 12 months earlier. 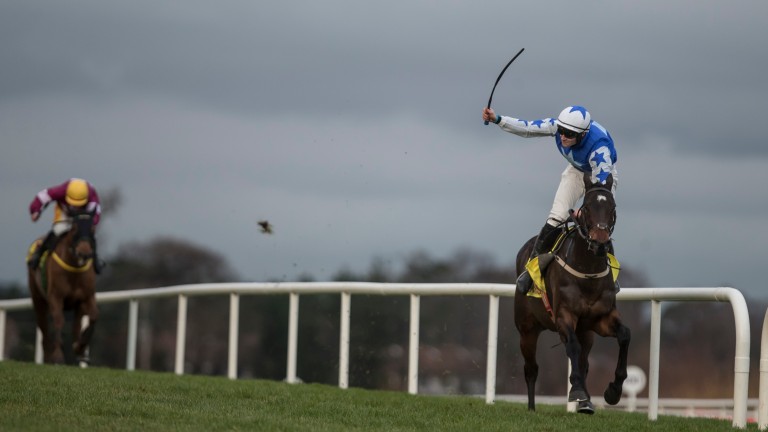 “It’s fantastic for Danny and great for connections,” Mullins said of the success, which came on the back of Kemboy’s second to A Plus Tard in the Savills Chase. “I had Paul down on this guy and Patrick on Melon, and then Paul said he’d like to ride Melon, so I said okay!

“Danny got some great jumps out of him. I think he made one bad mistake at the second-last first time round. Rachael came after him [on Minella Indo] down the back but his jumping got him out of it – I’m very pleased to win another Paddy Power Gold Cup."

He added: “Kemboy really, really surprised me on that ground, although the chase track is much better than the hurdle track. I thought with all the rain we’ve had it would have affected that fellow but he seemed to handle it and seems to be getting better with age.”

Of Melon, Mullins said: “Different tactics didn’t work with Melon – he likes to get on with it. Maybe something like the Ryanair, and just let him enjoy himself from the beginning, would suit him.”

Danny Mullins has always been superb at a making the most of the opportunities that come his way. In the wake of David Mullins’ recent retirement, he will find himself stepping in for more of these plum Closutton spares, and he certainly seized the moment here.

“Myself and David [Mullins] were chatting after the race at Christmas and he said he's not fast but is a great galloper and this is a ride he would probably have had so it's thanks to him that I'm on board today,” the winning rider reported.

Henry de Bromhead cut a visibly dejected figure after Minella Indo’s indifferent effort, suggesting there was no obvious reason for him not rising to the challenge. Nonetheless, like Mullins, in A Plus Tard he has another at home whose Cheltenham claims were arguably enhanced by this outcome. Funny old game.

Big-race reaction: Monkfish looks to have taken another step forward (Members only)

FIRST PUBLISHED 4:01PM, FEB 7 2021
It really surprised me on that ground. I thought all the rain that we had might have affected him but he seemed to handle it