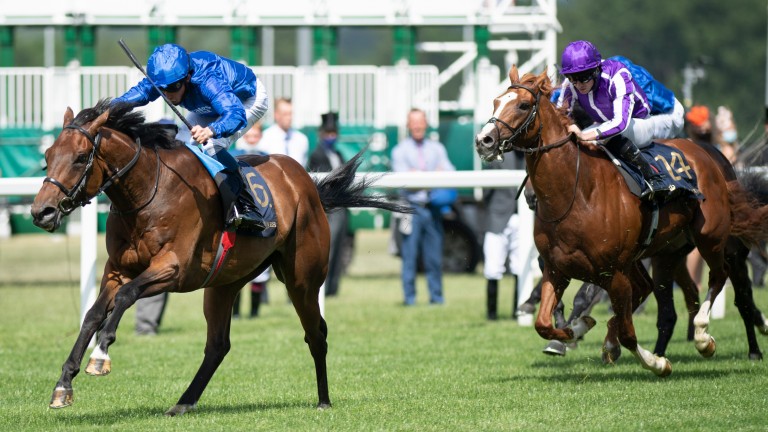 Three-year-olds who have to be gelded before they race, wear a hood on their debut and go to Yarmouth to break their maiden next time rarely make world beaters.

However, Kemari showed he has left his tricky adolescence behind by winning at Royal Ascot and could now bid to conquer Australia in the Melbourne Cup in November.

His impressive one and a half-length victory is just another tribute to Godolphin trainer Charlie Appleby's touch with the Classic generation, 11 days after Adayar gave him a second triumph in the Derby at Epsom.

The man himself was quick to share credit with the staff at Moulton Paddocks in Newmarket and with jockey William Buick, who had more confidence in Kemari's readiness for this Group 2 challenge than the trainer himself.

The horse – bred by Luca and Sara Cumani at Fittocks Stud and bought for 400,000gns as a yearling – was reportedly "tricky" and Appleby said: "He's been a challenging horse during the course of the winter.

"He was gelded and he had a hood on his first start. But all credit to them, they've done a great job."

Taking breeding potential away from a well-bred three-year-old is quite a call but the trainer added: "I geld a good few of them, they're here to be racehorses. We feel that we've chosen the right ones to do it to and we've got the best out of them." 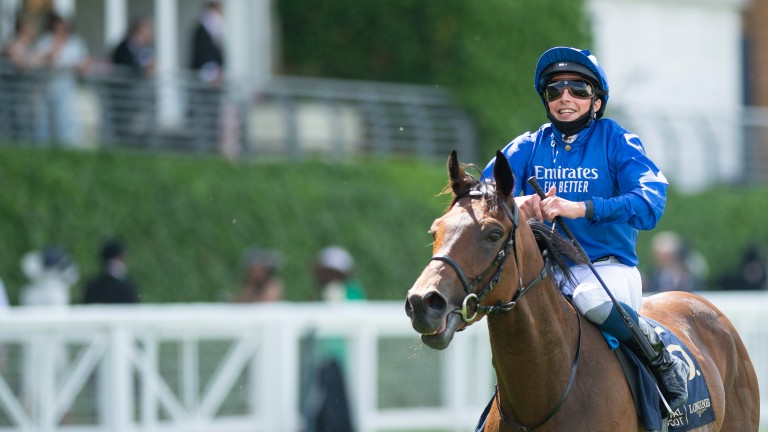 It looked the right decision after Kemari bolted up by six lengths at Yarmouth, though that performance convinced his jockey more than his trainer that Royal Ascot was the right next step.

"William was very confident," Appleby said. "He got off him at Yarmouth and was very impressed with what he did. I have to say I sat on the fence slightly and thought that he was a horse that was progressing, but would he be progressing quick enough to be able to step up in to today's league?

"He's proven me wrong and William right. That's the great thing about having a team like we've got, we all put our opinions in and hopefully we get the right result."

James Doyle also played a part on stablemate Law Of The Sea, setting a less-than-breakneck pace off which the handily-placed Kemari quickened decisively at just the right time.

The Aidan O'Brien-trained Wordsworth ran on well from further back to take second, while his stablemate Kyprios was withdrawn after trying to break out the front of the stalls.

The fact the 100-30 favourite did not get the run of the race was underlined by Paddy Power cutting his Cazoo St Leger price from 12-1 in to 8-1 afterwards.

Classics are out of the question for Kemari though, who could instead be aimed at the Melbourne Cup – a race Appleby won with the similarly gelded three-year-old Cross Counter in 2018.

The trainer added: "Whether he'll get to that level we'll see but as always we'll enjoy today and have the discussions with our principals and managers during the next few weeks and map the autumn out. He's a horse that's got a profile that's working in that direction.

"The most important thing is that he's going to be a nice progressive staying type of a horse for the future.

"Staying is the name of the game and he can do that in abundance. After a lot of hard work by everybody, hopefully he's got the mindset to progress with racing."

FIRST PUBLISHED 3:15PM, JUN 16 2021
The most important thing is that he's going to be a nice progressive staying type of a horse for the future

The King George was great but this Saturday at Ascot is far more important King George analysis: 'Adayar might not be the best colt in his stable' Forgive the gushing enthusiasm but I feel like I have seen something special Who is better - Hurricane Lane or Adayar? Our experts have their say Zain Claudette holds on to provide Ray Dawson with emotional first Group win Kings and queens of Ascot can illuminate the galleries on racing's day to shine