Kelso given go-ahead to reschedule Saturday's cancelled fixture on Sunday 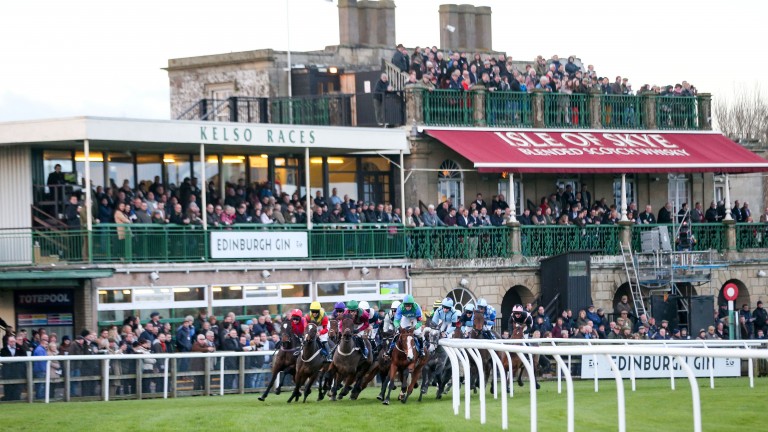 Kelso has had its wish granted to restage last Saturday's meeting that was one of many victims of the cold snap.

The fixture will take place on Sunday, with entries closing at midday on Tuesday.

The seven-race card will feature the rescheduled runnings of the Grade 2 totescoop6 Premier Kelso Novices’ Hurdle and the Listed totepool.com Premier Chase.

BHA head of racing Paul Johnson said: "With Scotland and the far north of England suffering disproportionately from abandonments this season, we've taken the unusual step of adding in an additional third Sunday fixture onto March 11 in order to ensure that the race programme continues to cater for horses who may have missed recent engagements due to the poor weather.

"With the help of Kelso and the Levy Board we're pleased to also have been able to take the opportunity to reschedule the two feature races from the original card and expect them to offer a Sunday highlight this week."

International businessman Johnny Hon has retained Gerald Mosse to be his principal rider.

Mosse has signed a two-year contract and will be riding Hon’s team of 40-plus horses in Britain and internationally. His trainers in Britain include Ed Dunlop, Ed Walker, Charles Hills and Gay Kelleway.

Levy Board to start loans again

The Levy Board has agreed to recommence making loans for the first time since 2015 thanks to the improved financial situation brought about by the government's reforms of the levy system.

The majority of the four-year loans are expected to go to racecourses and, although the Levy Board is set to be abolished next year, it is expected that the new Racing Authority will assume responsibility for their management.

Levy Board chief executive Alan Delmonte said: "We are very pleased to be able to restart them, which has been made possible by our finances having improved. It has always been something the board has been very keen to do and we know is very much appreciated by racecourses.

"We are hopeful that this is something which will be taken up to a significant degree. We have said the provision is not expected to be less than £5 million in total and it could be more.

"We will take a view in the summer about the total amount to be allocated."

The funeral mass for Phyllis Russell, mother of jockey Davy Russell, will take place at 12 noon on Tuesday in the Holy Family Church in Youghal, County Cork, followed by burial in North Abbey Cemetery.

She died on Saturday in Cork University Hospital following a long illness, and os survived by her husband Jerry, three daughters, Finnuala, Eimear and Aileen, and three sons, Davy, Diarmuid and Sean.

FIRST PUBLISHED 2:34PM, MAR 5 2018
We're pleased to also have been able to take the opportunity to reschedule the two feature races from the original card