Woollacott in thoughts of 'heartbroken' Kelly after Agrapart success 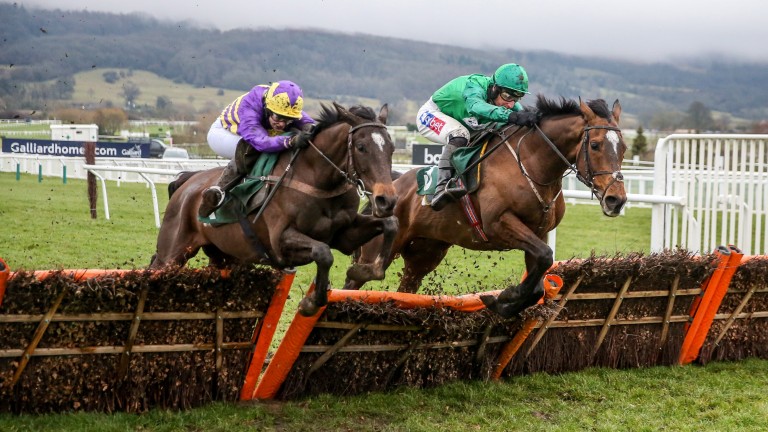 A thrilling finish to the Cleeve Hurdle as Agrapart (left) and Wholestone jump the last as one
GROSSICK RACING
1 of 1
By Lewis Porteous UPDATED 9:01AM, JAN 28 2018

An emotional Lizzy Kelly enjoyed more big-race success as she followed the lead of Bryony Frost earlier on the card to land the Grade 2 Cleeve Hurdle on Agrapart.

Kelly punched the air with delight as the seven-year-old gained his revenge from New Year's Day at Cheltenham over Wholestone but was quick to pay a heartfelt tribute to Richard Woollacott after the race.

Kelly, close to tears, was a neighbour and former rival on the point-to-point field to Woollacott, who tragically died at the age of 40 on Monday.

“Richard Woollacott was one of the most helpful people and one of the most unhelpful people,” said Kelly. “I remember very fondly when you were travelling too well next to him he would say, ‘I think you need to take a pull’. I loved that. It was this wonderful show of non-sportsmanship and funny.

“We are all heartbroken. He trained down the road. The only outside winner I ever had was riding for Richard Woollacott in a ladies’ race at Huntingdon."

She added: "We will miss him dearly, he was a great person. He was always at the races offering to give Mum a hand if she needed help.

"There is nothing I can say that makes it any better. That's the awfulness of it but I think that opens the door for open conversation about mental health and to be more aware of the fact people can hide it.

"It had to be us that won the race, which makes me feel guilty.”

Cheltenham fell silent in memory of Woollacott before the Cleeve and although the horse who gave him the biggest win of his all too short career subsequently trailed home in fifth, Woollacott was in the thoughts of everyone involved in the Grade 2 contest. 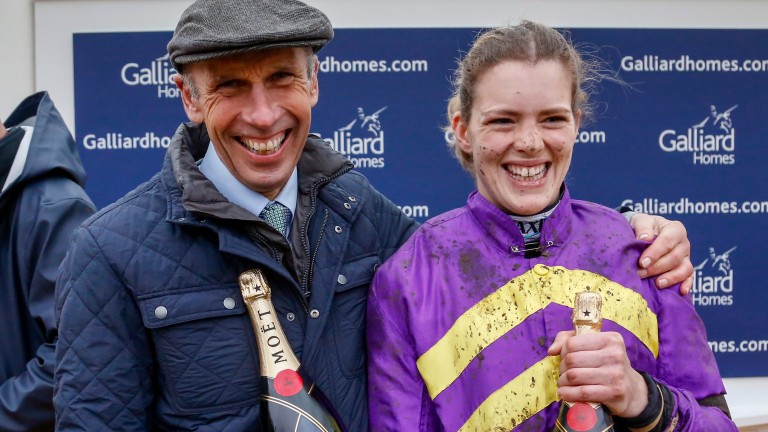 Long Distance Hurdle winner Beer Goggles, who ran under his wife Kayley’s name, tried to make all but never looked entirely comfortable as he pulled to his right, eventually finishing a well-beaten fifth.

“He was maybe feeling something a little but he was in fine shape going in and I’m sure it’s nothing serious,” said champion jockey Richard Johnson.

“It’s a very hard day for all the connections and family. The most important thing is to remember Richard in the spirit we always used to see him at the races in. It was always a pleasure to see him.”

As Beer Goggles faded from the foot of the hill, Agrapart and Wholestone went head to head, with the former forging clear for a three-length success.

While the Galliard Homes-backed Cleeve has proved a good guide to the Stayers’ Hurdle in recent years – four of the last ten winners have followed up in March – the festival is off the agenda for Agrapart.

Winning trainer Nick Williams said: “He’s very much a ground dependent horse, as everyone knows. We’ve not made an entry for the Stayers’ Hurdle because 90 per cent probability the ground will not be soft enough. He’s a hard horse to place and today was very much the target.”

FIRST PUBLISHED 3:53PM, JAN 27 2018
We will miss him dearly, he was a great person. He was always at the races offering to give Mum a hand if she needed help