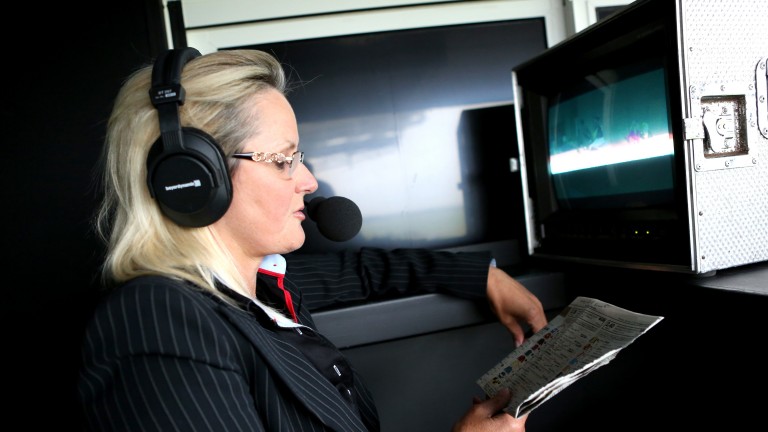 Gay Kelleway is hoping to have a 'Saturday horse' on her hands after Vettori Rules makes his first start for the Exning trainer in the feature at Dunstall Park.

Kelleway purchased the four-year-old privately out of the Marco Botti yard prior to the recent February Sale at Tattersalls and is more than hopeful of a good showing.

Vettori Rules had some good form in Italy before joining Botti last year but never ran for the Newmarket stable. The grey has been giving out the right signals in his recent work on the Cambridge Road Polytrack and could be about to make up the lost time.

Kelleway said: "He's the best I have in the yard and he's for a new Russian owner so we are hoping for a good showing. He's never run on the all-weather or in Britain before, but he's been working well on the surface since we got him and there's no reason why he shouldn't act on the Tapeta.

"He reminds me very much of a class horse I used to train called Swing Along, and hopefully he can become a Saturday horse for the big handicaps."

Likely favourite in the contest in the durable Sennockian Star, who has won on the all-weather at Chelmsford, Kempton and Lingfield.

Class act
The competitive contest was won by subsequent Group 1 winner Tryster in 2015.

Jennie Candlish, trainer of Winterlude
He'd been a bit unlucky until we changed tactics at Lingfield, where he won from the front under a lovely ride from Joe Fanning. David Nolan rides him this time but he knows him well and the way he won last time gives us a few options as regards to how he can be ridden.

Gay Kelleway, trainer of Vettori Rules
He's in excellent condition and Luke Morris was keen to ride him as he's been riding him in all his work. It's a fact-finding mission to see if his mark of 96 is realistic.

Mick Appleby, trainer of Pearl Nation
He was off a long time prior to his run back at Southwell recently and may need another one to put him right. He's better on Fibresand than anything else but with his rating there aren't that many races for him.

Stuart Williams, trainer of Pactolus
He's well and always tries hard but is quite high in the handicap these days.

Clive Cox, trainer of Perfect Cracker
He's in good form, loves the track and he still seems to be enjoying it at the age of nine. It's competitive enough, as you'd imagine it would be for the money, but I would expect him to run his usual race.

Mark Johnston, trainer of Sennockian Star
There has been some debate in the past about his best trip and as he's won his last two over a mile and a half this may be a bit sharp for him. It's great prize-money, however, and he may run again over the longer trip there on Friday.

FIRST PUBLISHED 6:00PM, FEB 12 2017
He's the best I have in the yard and he's for a new Russian owner so we are hoping for a good showing