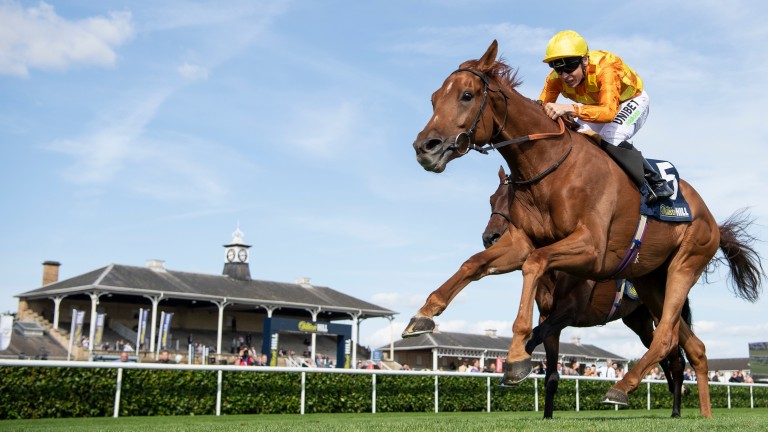 Something of a paradox in this race as many of them are pretty unexposed and yet a clear majority have already raced over further than the 1m4f trip.

More often than not, horses tend to go up in distance in order to stay ahead of the handicapper, so there is a good chance that some are here for a pipe-opener.

Quite a few of those towards the head of the betting are used to competing in Class 2s. That goes for Laafy, Nette Rousse, Sleeping Lion and Future Investment. Many of those have run their best races so far over further, the last named being a notable exception.

Future Investment was third in the Ulster Derby, a competitive handicap, this time last year and only saw the track twice more. He shaped well in a good 1m6f race at York in October, fading out of it through a lack of either fitness or stamina.

His trainer Ralph Beckett has started back at a brisk pace and so has Tom Dascombe, who is responsible for Rajinsky. He is another with form over 1m6f, winning at Wolverhampton in December, but that is his only run beyond 1m2f so he remains pretty unexposed under these sorts of conditions. 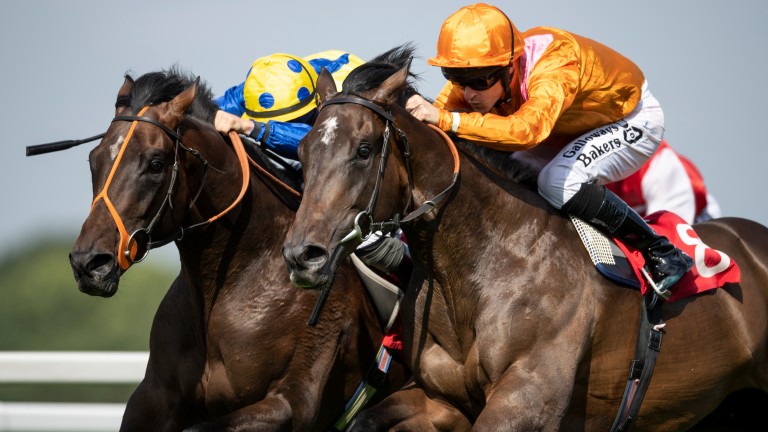 Most unexposed of all is Away He Goes. He won his last two novice runs, the first here. It is over ten months since he was last seen, but he made such strides in a short space of time last summer that more progress is expected at some point.

Admittedly that goes for most of these, he just has a little more room to grow than most.
Keith Melrose, betting editor

Alan King, trainer of Elgin
He was disappointing in the Kingwell Hurdle but he made a mistake early and came back quite sore so I think we can just put a line through that. He's been in very good form and the more rain we get the better. He's working well, though I do think he will come on for the run as he's lacking a bit of match practice. But he's certainly ready to be back out and to be competitive.

James Fanshawe, trainer of Sleeping Lion
He seems in good form. We didn't run at Haydock on Monday because of soft ground so I hope it doesn't get like that at Newbury. He is a good mover and doesn't want it too testing. He's won over course and distance before.

Tom Dascombe, trainer of Rajinsky
Like a lot of these horses he's just been treading water for a while, but he looks really well. We've entered him in a few races where he hasn't got in. It now helps with Royal Ascot being round the corner in that respect. He is fit and well and ready to go.
Reporting by Scott Burton

FIRST PUBLISHED 6:00PM, JUN 11 2020
He is a good mover and doesn't want it too testing. He's won over course and distance before